Nike just did it!! Nike continued to have revenue growth

According to the company’s second quarter report, the world largest sport apparel company have exceed analyst’s expectation with 8 percent revenue growth and report earnings of $0.86  per share.  Earlier this month, Nike joined the Dow alongside Goldman Sachs and Visa, becoming the sole apparel-maker on the index. Those three filled spots vacated by Alcoa Hewlett-Packard (HP) and Bank of America, which were removed from the benchmark index because of their low stock price. Nike have shown some outstanding result as newbie of Dow member this week. Not only the firm have hit its record of $70 per share; its year-to-date gain of 34% through Wednesday ranked the stock as the second best performer in its new index family. Nike also stated revenue growth in every part of the world except for in China, where it declined 3%. Analyst points out that the strong competition is the main factor that cause the negative growth in China. Chinese consumer preference tend to shift toward Nike’s biggest rival, Adidas, because Adidas often introduces more fashionable merchandises to attract buyers. Trevor Edwards, brand president of Nike, says that China is still their key focus and they are taking “decisive “action to reset the market by store layout and product selection. Next year, the company’s marketing strategy is going to target on the World Cup in Brazil. Edwards said that Nike intend to build up their brand as the leading football brand in the world.

According to a closely-watched measure, U.S house price shows the biggest annual increase since 2006 as it rose 12 per cent compared to last year’s statistic. The measure index states that 13 out of 20 measured cities have shown some increase growth rates in the past year. The biggest growth rate is Las Vegas with 27.5%, and San Francisco, Los Angeles and San Diego all saw rises of more than 20%.  An analyst Stan Humphries, a chief economist for real estate data provider Zillow, says that an increase in the house price is sign of economic recovery and is good for the market in general as it shows steady job growths, low montage rate and relatively low price. However, the survey points out that house prices in those cities are still way below the peaks hit before the 2008 financial crisis. There is a hidden concern about whether this phenomena is going to be a repetition of the 2006 US real estate house bubble as a change in house price being to dramatic. In my opinion, even though a housing price growth is a positive sign of the economic recovery, it is better for the house market price to increase at a slower pace to prevent any sudden bubble burst. Will US real estate face another bubble crisis? Or this increase  is a positive boom for US economy? 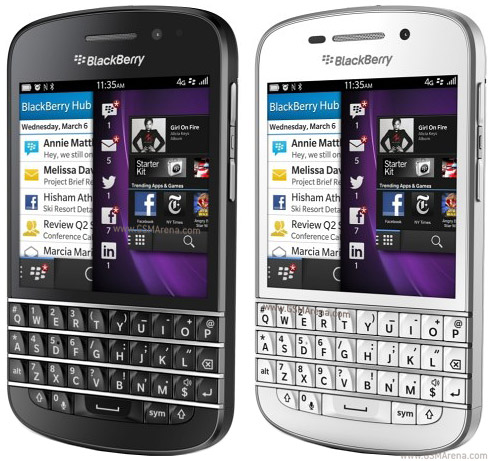 Blackberry has recently announced that they are planning to cut 4500 global jobs (which is equals to 40% percent of its workforce) in order to curb their company crisis. According to the firm’s second quarter sale reports, it is expected a loss about 955 million dollars. The company claims that the losses are primarily associated with the poor sales of new Z10 model smartphone. In the recent COMM 101 class, we have used the SWOT analysis to discuss why this “once a pioneer” in the smartphone field is now facing many internal and external difficulties. The brand image of Blackberry has damaged and become its major weakness after many delays of releasing new phones. The delays of the z10 smart phones have reduced consumer’s desire and make people doubted about the quality of the phone; hence, many loyal customers choose to stick with their old blackberry instead of buying a new one. As a result, the blackberry’s chief executive Mr. Heins said that only 2.7 million out of 6.8 million shipment of z10 has shipped in the past 3 months. Another problem with the Blackberry is that they have experienced many system failure all over the world in the past year. In order to back to the top, Blackberry needs to focus on software and app improvement (apps are too limited) as well as branding and broadening their target populations.

It is a trend that many retailer giants such as Nike and Walmart often run their factories at the developing countries to maximize their profit. However, there are many business ethic issues associating with this phenomena .Since the Bangdalash garment factories (Rana Plaza building) collapse and killed thousands of people in April, many retailers are facing pressure to improve the working condition at Bangdalash( workers are making $38 a month with dangerous working environment). Walmart, as the world biggest retailer company, released a blacklist of more than 200 sweatshops saying that it had ended their partnership with these factories due to safety issues &labor abuse. Nevertheless, according to this news, Walmart is still importing large amounts of products from one of the black-listed sweatshops in recent month. Being ethical is extremely important for all kinds of the businesses as it will directly affect the brand name and stakeholders. From this scandal, not only is Walmart losing its reputation and customer loyalty (consumer begins to acknowledge the concern of the sweatshop so they may boycott the product or company), it may also impacts different stakeholders for example: one of the factories owner claims that Walmart’s way of publishing a blacklist with no further detail might unfairly attack some family business with minor violation and  big factory employees are still working under poor condition.