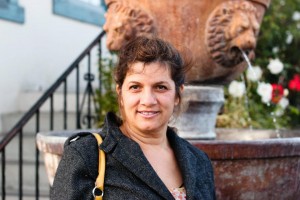 She/her or they/them. I am an associate professor of English at the University of British Columbia in Vancouver, Canada. My current research focuses on the crowds of British and Irish modernism and on modern and contemporary theories of collective identification and action. I also hold more general interests in critical and cultural theory, studies in gender and sexuality, literature and mind, literature and environment, and critical university studies. At UBC, I supervise graduate research and teach courses in modern Anglophone literatures, modernist studies, and critical and social theory, alongside specialized undergraduate and graduate courses in my research fields. In 2017-2018 I served as co-chair of the Critical Studies in Sexuality program with Dr. Janice Stewart.

I received an M.A. (2008)  and Ph.D. (Dec. 2013) in English from the University of California, Santa Barbara, and a B.A. s.c.l. in English from the University of Scranton. In the past, I have taught music and Latin at the secondary level, and have done a fair bit of choral conducting and singing, as well as studying piano and classical guitar. I’ve recently begun to study violin.

I can be reached by email at Judith.Paltin [at] ubc.ca.