I spend some time when teaching research methods trying to help students understand the notion of material culture… not so much the archeological notion of material culture, but the human fabricated world we currently live in. We are so accustomed to just asking or watching people in order to understand human nature that we overlook the rich data record of objects, spaces, environments we have created that say so much about us. From an anthropological stance we can make some sense of what is valued by examining housing styles, graffiti, music, cityscapes. But, so what? Charles Constantine’s thesis looks at funeral practices and rituals and although it is not a stellar piece of social science research it’s a pretty good description of contemporary North American death traditions. Based on this investigation, and the real point of Constantine’s work is to reconsider design elements of death rituals–coffins, urns and burial places. Influenced some by the ‘home funeral’ movement, Constantine re-envisions what the things and places associated with dead bodies might be like, especially in an affirming, positive way for the living.

So he designs a coffin that is a coffee table. Urns that can be used to ‘plant’ the dead thus contributing to life. Discussions of his work on design blogs haven’t been very kind–my guess is that says more about a cultural taboo on seeing death as part of life more than it does about the ideas or the design. His designs are innovative (although I personally don’t like the aesthetics of the coffin/coffee table) and quite beautiful (his urns are lovely organic pieces of sculpture). 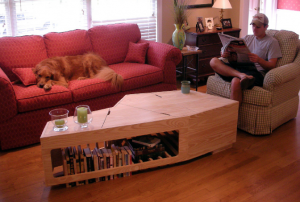 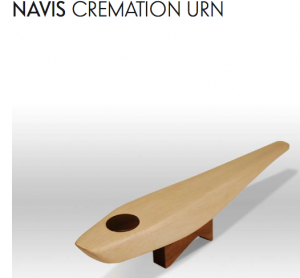 I am left wondering sometimes why we do social science research. I don’t have a strong utilitarian bent, I think knowing about is a worthy end. But I don’t mind seeing this marriage of understand the social world through research with an eye to a thoughtful reconstruction of our social world. I don’t suspect Constantine’s designs will change the big business of death, but how informative to have this unique perspective on the funeral practices we take for granted.