Time is a cross-cultural construct, although its meaning is not universal.  In any context, time is invested with metaphoric meaning illustrating its conceptual roots. 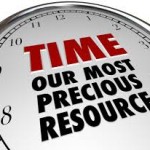 In Western, industrialized cultures we speak of spending time, being on-time, answer questions about how we are using our time, think time runs out, waste time, buy time, say time is money, and use time-outs. Time is finite and commodified… not too surprising within global capitalism. In other cultures, time is marked not by its passing, but by its use… for example, Balinese conceptions of days as full or empty are connected to ritual and spiritual happenings, or by human interactions. 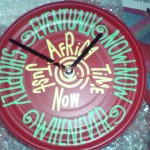 Cultures differ in how they measure time, for example, with devices like clocks or through natural events like seasons. Edward T. Hall argued that conceptualization of differences are based upon whether one takes a mono- or poly- chronic view of time.  Monochronic conceptions see time as fixed, linear and unchanging, and polychronic conceptions see time as fluid and adaptable.

So how to use time in collecting social science data must necessarily be sensitive to cultural differences. That said, here are a few ways time can frame data collection:

24-hour recall technique: a structured interview during which the research participant reports what they did the previous day beginning at 4:00 a.m. until 4:00 a.m. the current day, estimating time intervals as closely as possible. An example is the U.S. Bureau of Labor Statistics Americans Use of Time Project.

time sampling: random or systematic selection of time periods for observation. This is frequently used in primarily observational studies of human activity in structured contexts, like classrooms.

life history calendars (LHC): for collecting detailed retrospective information about the timing and sequencing of events in people’s lives. While demographers use this method for collecting data on common events like marriage, divorce, childbirth, death, and so on, it also lends itself to subjectively defined life events. An example here.