This week we look at the growing US power and their relationship with Latin America.

I would first like to share my thoughts on the “Manifesto” written by Agusto Sandino.  He addresses “Nicaraguans, Central Americans and the Indo-Hispanic race” in explaining or elaborating on the increasing US threat to Latin America.  He exclaims no in reaction to the idea of Latin America being ruled by the US.  he continues to talk about citizenship and those who betrayed Nicaragua.  He names Adolfo Diaz, Emiliano Chamorro and Moncada.  Diaz and Chamorro are accused of tarring down the Nicaraguan flag and therefore no longer Nicaraguan in Agustos’ eyes.  This idea of Agusto having the right to revoke someone’s citizenship reminded me of our discussion in Week Six.  We discussed the idea of what it means to be a citizen in the zoom class that week but I had never considered how someone can lose their rights as a citizen. 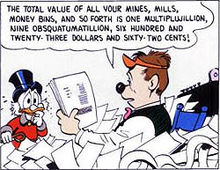 Next, I wanted to touch on a line in the Donald Duck text.  The text states, “Thus we find the metropolitans not only searching for treasures, but also selling the notice comics …to teach them the role assigned to them by the dominant urban press”.   I found it interesting to think of these comics as messages to up Latin Americans in their place, or rather to play the role the US would prefer them to be in.  The role could easily be described as the US wanting Latin America to be dependant on and controlled by the US.  Going back to one of the videos we saw in class and talking about how America presents themselves.   They want to seem like the helpful big brother,  but in reality is that really the relationship Latin America has with the US?

Do you think that over time the relationship between Latin America and the US has gotten better or worse? How so?