At the Vancouver Prostate Centre, University of British Columbia 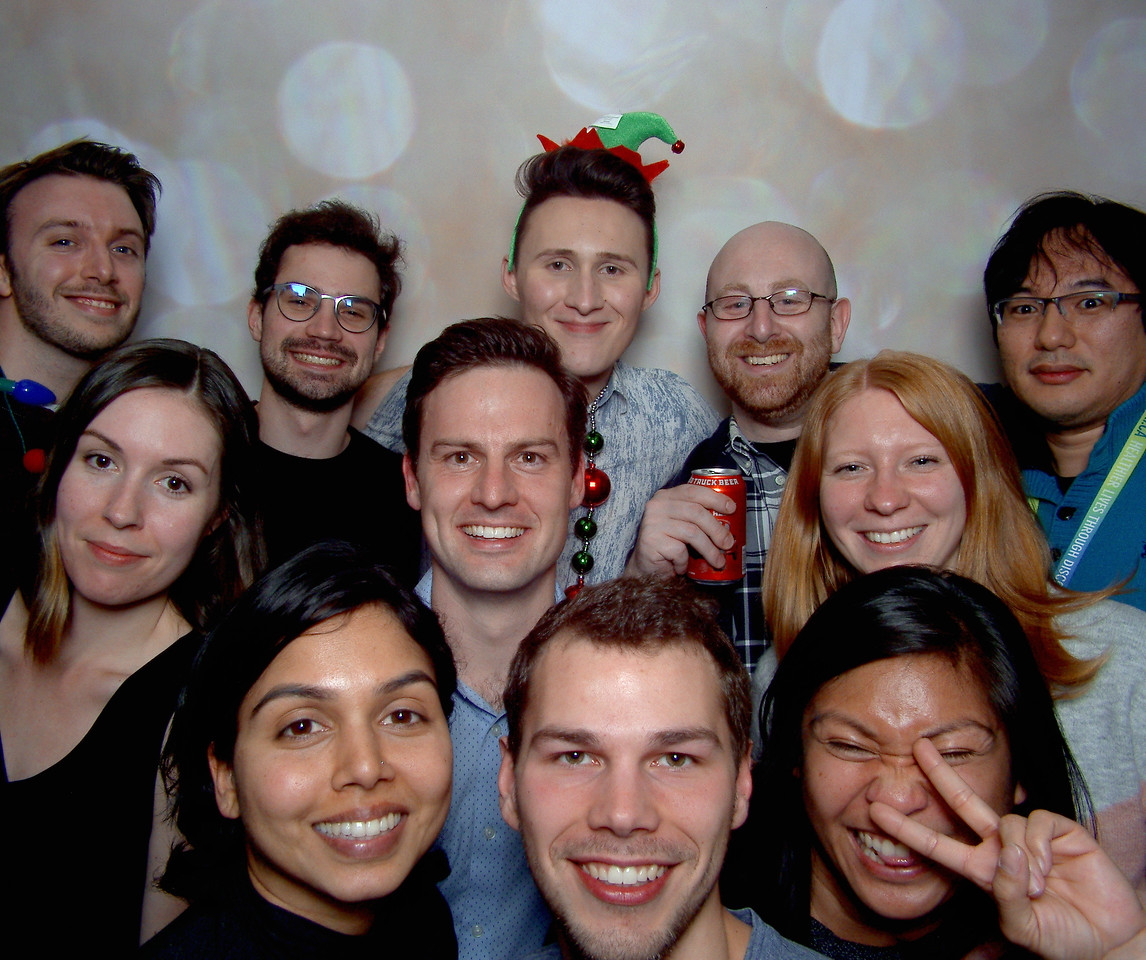 Nicolette completed her BSc and MSc in Microbiology at Goa University (India) and her Ph.D. in Microbiology and immunology at the University of British Columbia. Her doctoral thesis investigated the regulation of the CD4+ T cell response to influenza infection. During this time, she became interested in the clinical and translational aspects of immunology research especially for the treatment of ‘cold’ tumours such as prostate cancer. She was also keen on further developing her bioinformatics skills which led to her joining the Wyatt lab team in September 2019. Her current projects seek to characterize genomic alterations in prostate cancer-derived lung metastases and to dissect the immune cell infiltrate in prostate tumours with DNA repair defects.

Edmond received his M.D. in 2009 and completed his Medical Oncology Training in Melbourne, Australia in 2017 with a strong interest in the care of patients with genitourinary cancers. He completed his Ph.D. at Monash University in July 2020 focusing on whole blood transcriptomics to identify biomarkers in advanced prostate cancer. His studies were supported by a scholarship from the National Health and Medical Research Council. During his Ph.D., he was actively involved in clinical research as a Principal Investigator and led various local and international clinical trials. In July 2021, supported by a UBC Killam Fellowship, he joined the Wyatt Lab to systemically study the genomic landscape of de novo metastatic prostate through the analysis of ctDNA and tumour tissue.

Takayuki received his M.D. degree at Ehime University in 2006 and completed his Urology training at Kyoto University in 2012. Afterwards, while working as a urologist, he received his Ph.D. degree at Kyoto University in 2019. He has been working in the Wyatt lab as a postdoctoral research fellow since August 2019. Takayuki’s main research is to dissect the genomic and transcriptomic landscape of radical prostatectomy specimens from high-risk localized prostate cancer patients enrolled in the phase III CALGB90203 trial. He is involved in ctDNA analysis from mCRPC patients enrolled in the phase I/II study of enzalutamide plus CC-115.

Gillian obtained a Master’s degree from the University of Toronto in 2015 and joined the Wyatt laboratory in 2016. She has a background in biology and DNA sequencing. Gillian leverages tissue and liquid biopsies to study the molecular landscape of aggressive bladder cancer and to relate genomic changes with clinical outcomes. She began a Ph.D. in September 2017. Gillian has won several awards including a prestigious 3-year CIHR doctoral award worth $105,000, and a VCHRI Rising Star Award.

Elie completed an honours B.Sc. with distinction in molecular biology and biochemistry at Simon Fraser University in 2016. Elie has written and established a series of bioinformatics tools and pipelines to analyze circulating tumour DNA (ctDNA) in plasma from prostate and bladder cancer. His current research includes the development and application of machine learning algorithms and their translational utility in precision medicine for GU cancers. This work has so far focused on the identification and characterization of patients with specific DNA alterations that make them candidates for novel targeted treatment regimens. Elie has won multiple prestigious awards and distinctions since he began his graduate studies, including The UBC Genome Sciences and Technology Program Rotation Award ($17,334), The UBC 4 year fellowship ($92,391), The Roman M. Babicki Fellowship in Medical Research ($25,000), and the Canadian Institutes of Health Research (CIHR) Doctoral Award ($105,000).

Evan completed a B.Sc. with distinction in integrated sciences at the University of British Columbia, during which he spent a 16-month co-op tenure with the Wyatt lab (2015-2016). In 2017 he returned to pursue an M.Sc. in the Genome Science and Technology program, transferring to the Ph.D. program in 2019. Evan is a recipient of the Canada Graduate Doctoral Scholarship (CGS D) and the Michael Smith Foreign Study Supplement, the latter of which funded two months abroad conducting research at Tampere University in Finland. Evan’s research interests include the study of DNA damage repair defects in aggressive prostate cancer.

Jack holds a BSc. with distinction in biology from the University of British Columbia. Having completed a summer studentship at the Vancouver Prostate Centre in 2015, Jack decided to return for his MSc. in Genome Science and Technology in 2017. In 2019, he transferred into the Ph.D. program. Jack’s research involves interrogation of circulating tumour DNA and clonal hematopoiesis in patients with metastatic kidney cancer, via a collaboration with Drs. Nappi and Kollmannsberger at BC Cancer. He is also working with collaborators at the University Hospital in Basel, Switzerland on a non-muscle-invasive bladder cancer sequencing project. Jack holds a UBC 4-Year Doctoral Fellowship and has won various travel awards from CIHR and the UBC Genome Sciences and Technology program.

Cameron completed his BSc. in Biophysics at the University of British Columbia in 2018. In 2017 he spent 8 months in the Wyatt lab as a bioinformatics co-op student and completed an honours thesis in the lab in summer 2018. Cameron began his MSc in September 2018. The main focus of his work is to computationally identify genomic alterations in metastatic prostate cancer patients undergoing docetaxel treatment both in the castrate-sensitive and castrate-resistant setting. Cameron won a UBC Genome Sciences and Technology Program Rotation Award worth $17,333, travel awards from CIHR and the UBC Genome Sciences and Technology program, and in 2019 won a CIHR Master’s Award worth $17,500.

Matti is a senior bioinformatician at the University of Tampere. He has a wealth of experience across several different cancer types including prostate and bladder cancer. Matti was involved in some of the early characterizations of ctDNA in men with mCRPC, working closely with Dr. Wyatt. He continues to spearhead the bioinformatic aspects of several cell-free DNA sequencing projects. In particular, he is currently studying the evolution of metastatic prostate cancer genomes over time, under the selective pressures of therapy.

Andy is pursuing a BSc at the University of British Columbia and is currently working part-time in the Wyatt lab while finishing his degree. Andy works on the bioinformatics aspects of several projects, including the characterization of evolution in de novo metastatic prostate cancer.

Sarah is pursuing a BSc in Combined Microbiology & Immunology and Computer Science at the University of British Columbia and is currently carrying out a full-time 16-month co-op term in the Wyatt lab. She is working on inferring nucleosome positioning from prostate cancer ctDNA and is analyzing genomic data from de novo metastatic prostate cancer patients.

Emilia is pursuing a BSc at the University of British Columbia. She completed an 8-month Co-op term and is currently volunteering in the Wyatt lab while finishing her degree. Emilia focuses on computational analysis for several projects, and the main part of her work is on studying whole genome sequencing of cell-free DNA in metastatic castration-resistant prostate cancer. Outside of cancer research, Emilia enjoys a wide range of topics from cooking, the great outdoors to topics in synthetic biology and integrating multidisciplinary approaches in problem-solving.

Cecily is a laboratory research assistant who is mainly responsible for library construction and targeted sequencing of liquid and tissue biopsy samples from metastatic prostate cancer patients accrued to our province-wide collection program.

Karan completed his BSc. in Molecular Biology and Biochemistry at Simon Fraser University in 2019 and is currently pursuing his Master of Environmental Toxicology degree (SFU). Karan’s roles as a laboratory research technician revolve primarily around blood processing and extraction of cfDNA and gDNA from liquid biopsy samples.