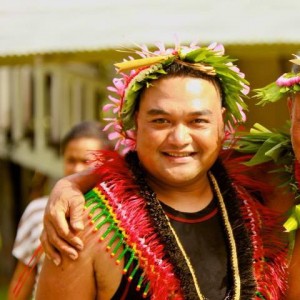 Junior is a project leader, community leader, and organizer from the Ulithi Atoll.  As a leader of One People One Reef, Junior works to unite Ulithi’s communities around tradition and management.  He engages chiefs, leaders and community members to come together around one central issue: maintaining sustainable food supplies by ensuring healthy reefs and fish populations.

Junior graduated from Hawaii Pacific University in 2005 with a degree in Business Administration. After living in Hawaii and Guam, he returned to Ulithi in 2011. In addition to his work with One People One Reef and his community organizing, Junior also works as a project supervisor for the Ulithi Marine Turtle Project. He can be reached at jrulmal@gmail.com.