Student club at the iSchool@UBC I think we can say that it went great! We gave out lots of book recommendations to people, met lots of librarians, were able to enthuse about raspberry pi computers, and apart from the “small” problem of no children’s books in our machine everything went great! (Who would have thought that children would want to push a mysterious button?) (Krista and Stephanie at the booth.)

Here’s an article on the Georgia Straight’s website where they interviewed me about the project and makerbrarian stuff in general. Unfortunately they failed to mention ASIS&T at all! : ( (Thanks to our faculty adviser Eric Myers for the first three photos in this post.) Check out this awesome skull we borrowed from another booth. And our raspberry made out of balloons! So what’s next? I’ll be taking the machine to the ALA conference in Las Vegas, we’ll be giving a talk at the UBC Library Camp on July 25th, Koerner Library has expressed interest in having the machine in their library in September, we’re in the process of sending in a poster proposal for the ASIS&T conference in Seattle this fall, and who knows what else! 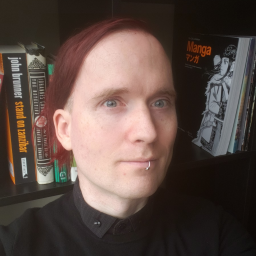