Day 7: Adrift in the Labrador Sea 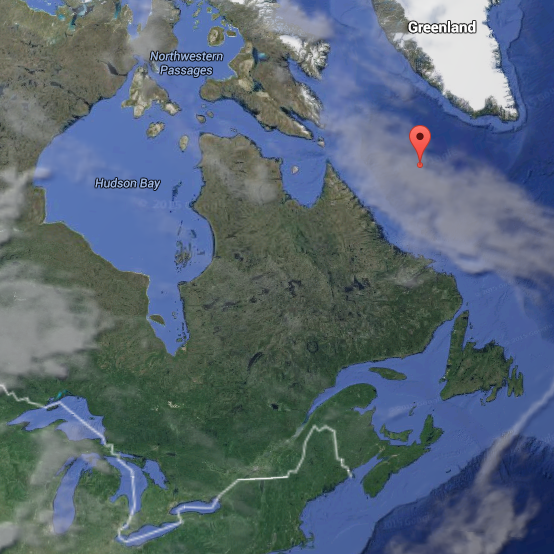 Today’s coordinates – in the middle of the Labrador Sea 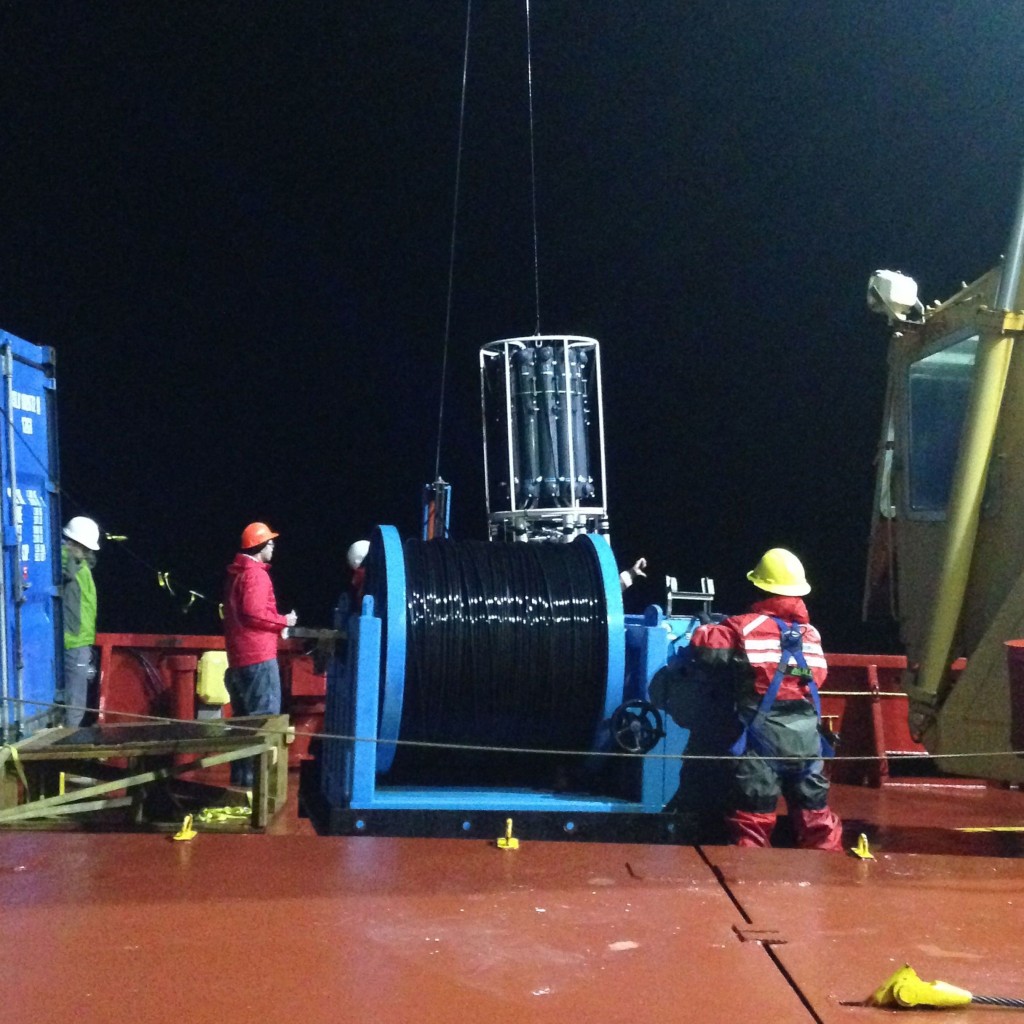 A momentous occasion: The Amundsen’s first cast of the expedition. 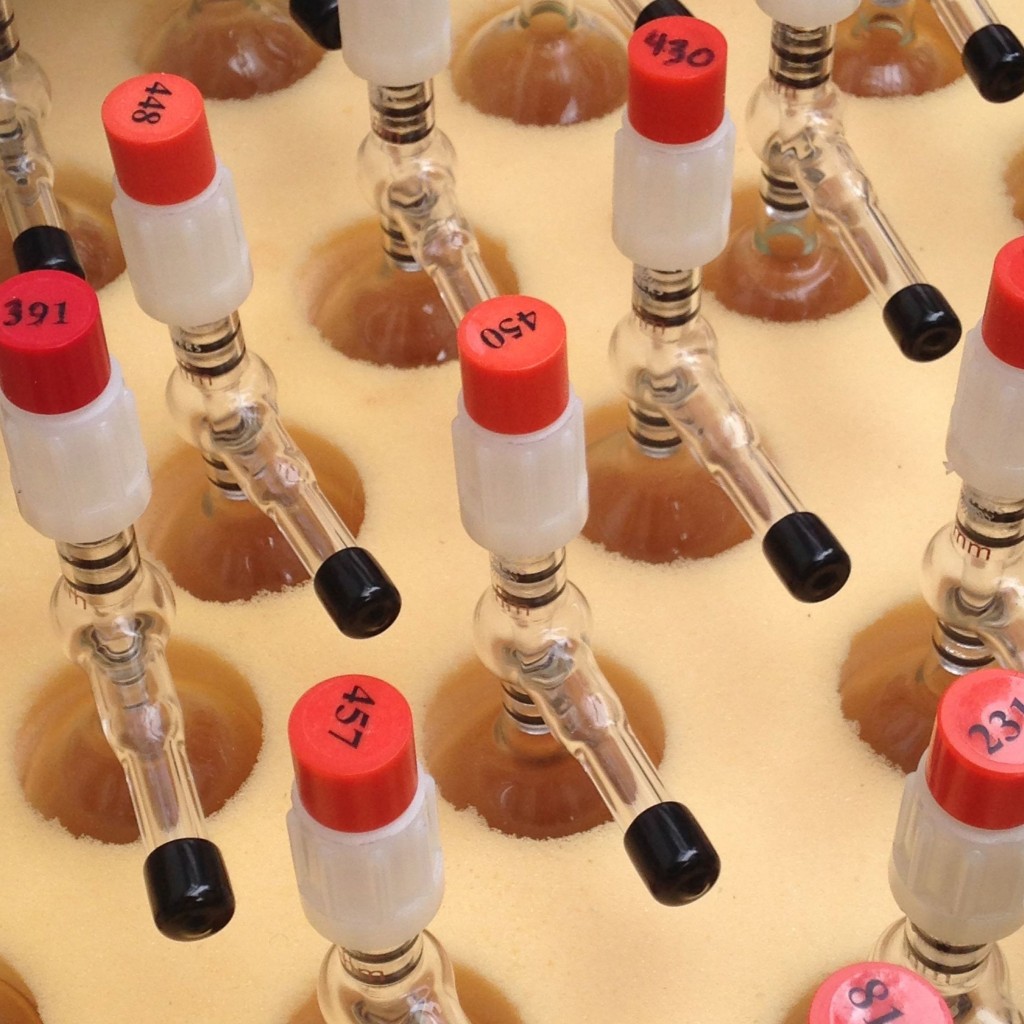 At sea, periods of frenetic activity are often bookended by hours of relatively little to do. We’re currently in one such period, slowly making our way to our second station in the Labrador Sea. We’re taking the long way around, and moving very slowly, because the marine wind prognosis is showing 35-knot winds off the coast of Labrador, and we’re not particularly keen on being in the middle of them. So we’ve had an easy two days after our first station, which was a welcome rest after a midnight-to-midday marathon of coordinating sampling that left much of the science team sleep-deprived and grumpy. We’ve spent the time catching up on data analysis, reading, and sleep. My bunkmate Nina and I have started going for runs in the ship’s “gym”, which is essentially a closet with a treadmill, stationary bike, and rowing machine on the 5th inhabited floor of the ship. Personally, I normally quite dislike running on treadmills, but running on a treadmill on a ship that’s rolling in the middle of the Labrador sea provides an added challenge that keeps the endeavour interesting, and in any case, running wakes us up and cuts through the sleepiness that often sets in at sea – the rocking has quite a soporific effect, and with the absence of the fixed schedule that tends to determine our days on land, it becomes easy to take naps between work (Today, I woke at four in the morning, fixed my robot for three hours, and then slept through much of the day, and I’ll be up all night). Tonight, we’ll be interrupted in our relative leisure by another station. 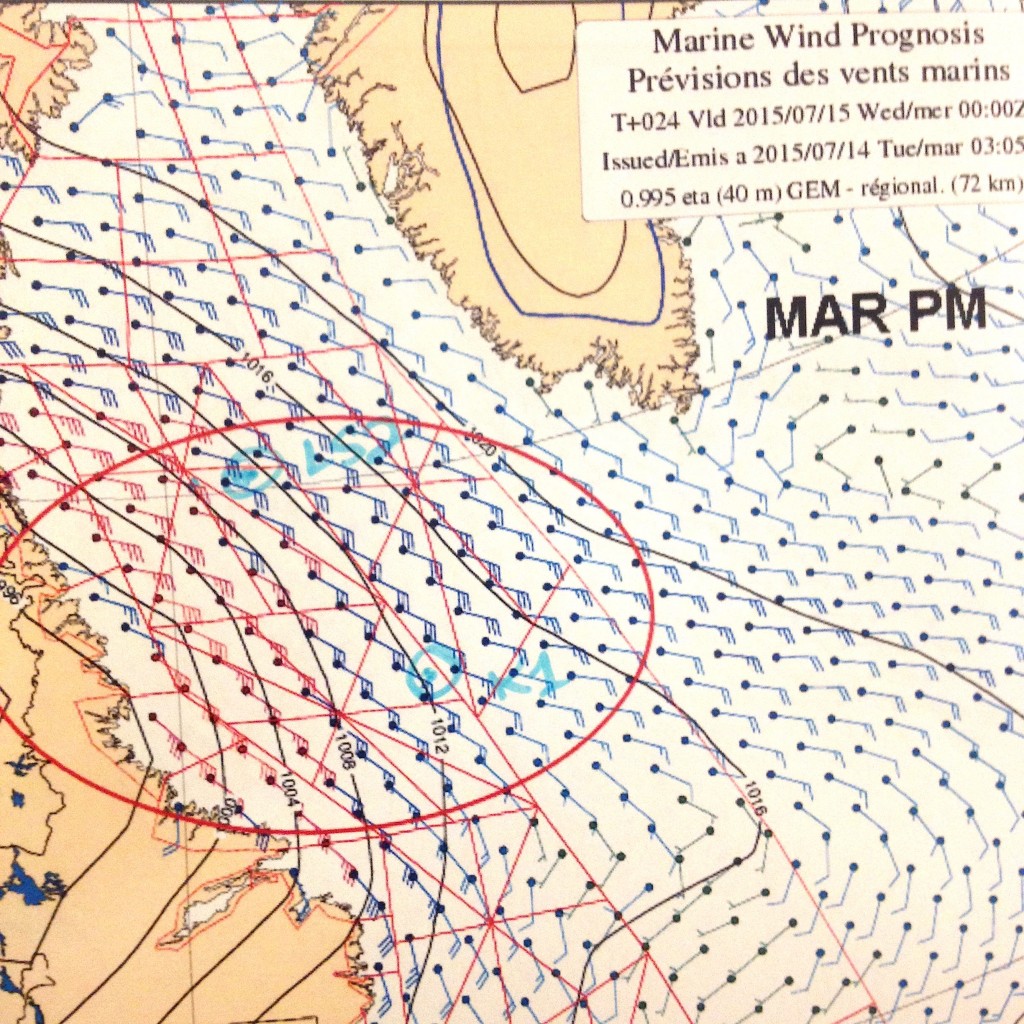 The marine wind prognosis from the Canadian Meteorological Service. We are trying to avoid the bit in red. 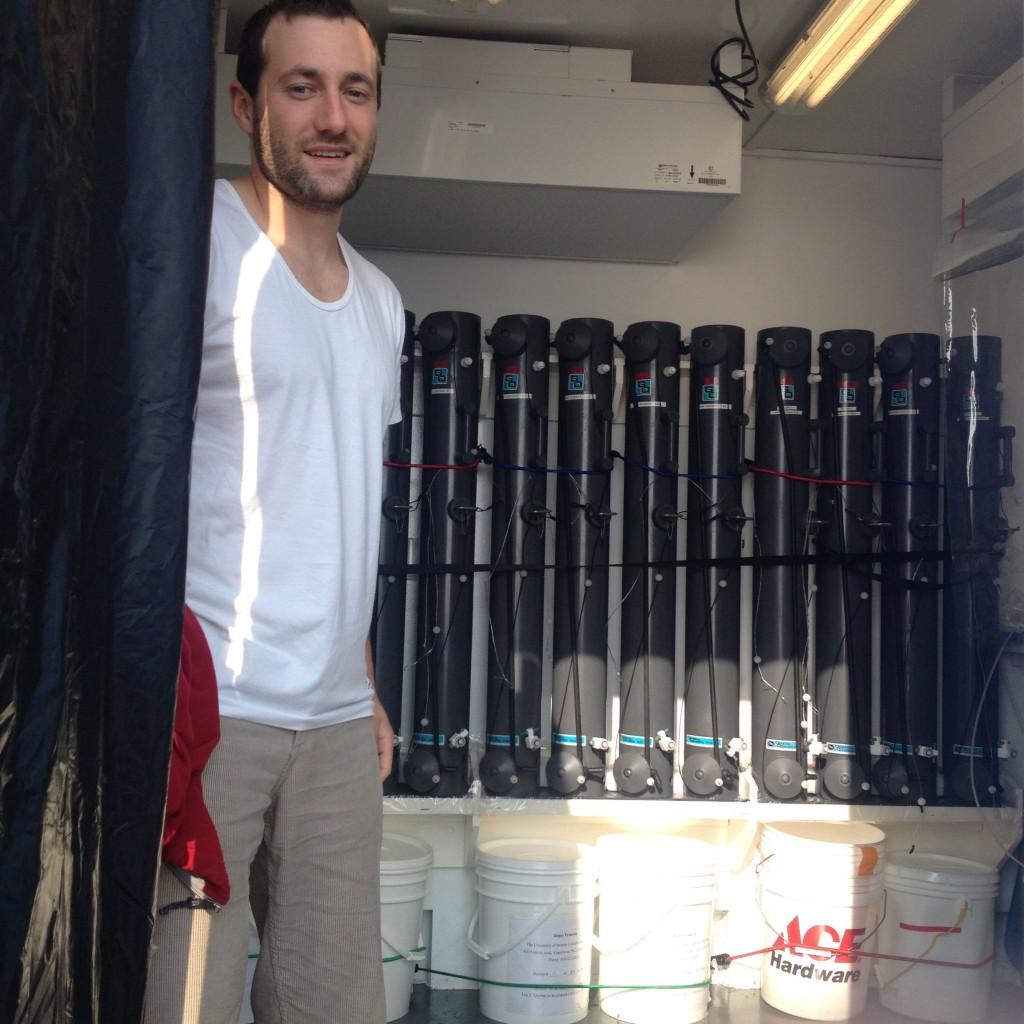 We are also preparing to cross the Arctic Circle. On Canadian Coast Guard ships, this is considered an important event, and the crew have been nudging each other meaningfully every time it comes up. There’s also been a sinister laugh on the intercom occasionally, which may or may not be related. 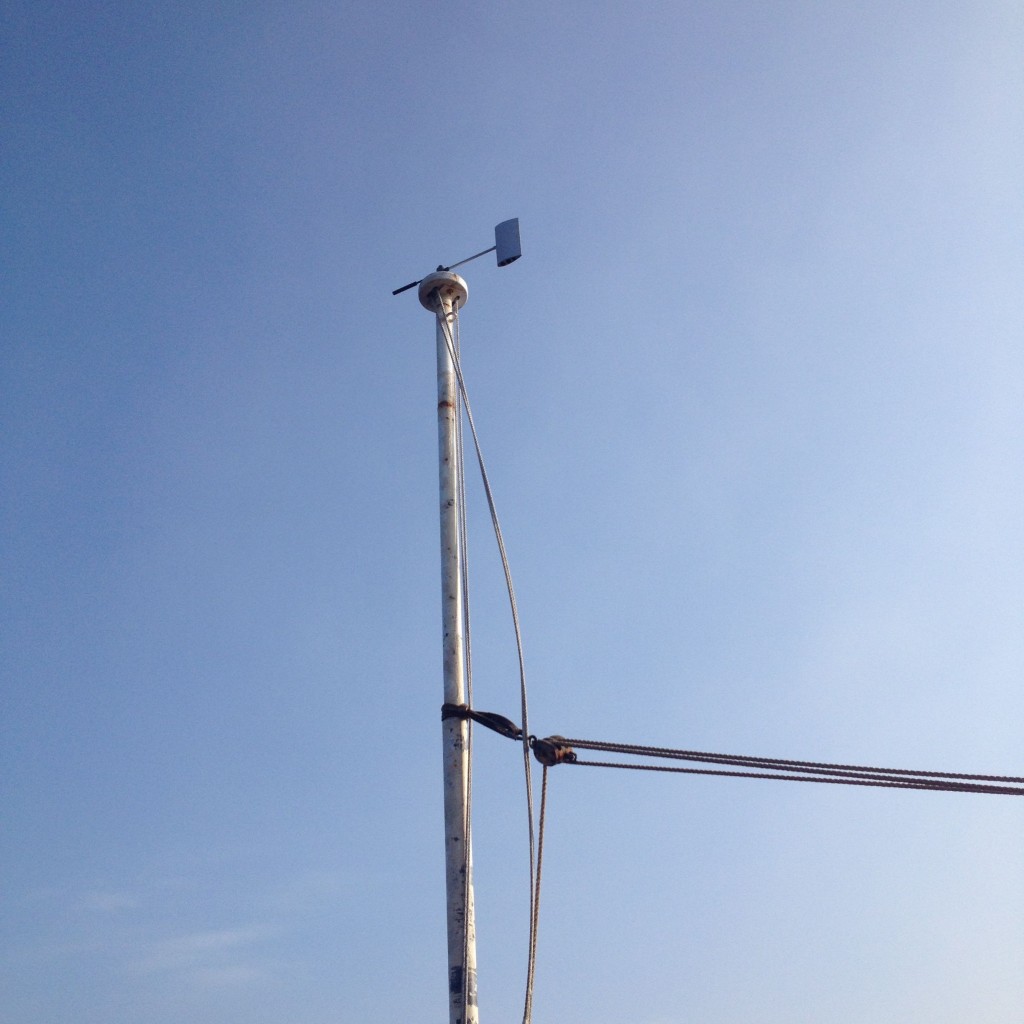 The very prow of the ship.