Would hunting seals and sea lions in B.C. increase local salmon populations?  Or are we just shifting the blame from humans to seals? 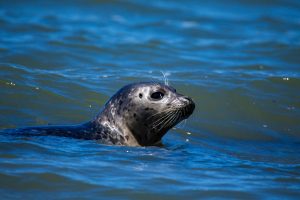 A harboul seal looks suspiciously at the camera.  Photo by Anchor Lee on Unsplash.

In the last few years there has been a growing discussion around opening the hunt for seals and sea lions in an effort to improve the salmon stocks in BC.  While sea lions and seals eat A LOT of salmon, so do humans, and it’s possible we are using them as a simple scapegoat for a complex problem.

Who is suggesting we hunt seals & sea lions?

There are two groups lobbying for a seal hunt in BC:

These two groups believe that seals and sea lions (a.k.a. pinnipeds) are the main reason it is getting harder to catch salmon in B.C.  While both of these groups want to sell the pinnipeds they hunt, the real goal is to catch more salmon.

How much salmon do pinnipeds really eat?

So, how much fish can one little pinniped eat?  Tonnes.  More precisely, a sea lion eats 6.6 tonnes a year according to Prof. Carl Walters from the University of British Columbia.  As Prof. Walters points out: “sea lions in BC eat a combined 300’000 tonnes of fish each year – about the same as the total fish produced by all of BC’s fisheries – including aquaculture”.  [1] [3]

But it’s important remember, pinnipeds don’t only eat salmon, they mostly eat hake, which is a predator of salmon.  So fewer pinnipeds may also mean more hake, which would in-turn put pressure on salmon populations.  [2]

Is the population really getting out of control?

While the population of seals and sea lions has exploded over the past 50 years, it’s important to consider the context of this time horizon.  Prior to 1970, pinnipeds were commercially harvested for over 100 years.  This nearly extinguished the population of BC harbour seals, reducing them to fewer than 4’000 at their lowest.  Now, Oceans and Fisheries Canada estimates that pinneped populations have simply returned to their normal levels from before 1860. [4]

Choosing to only look at the pinniped population from 1970-2020 is like looking at the stock market performance during the pandemic from March 24th, 2020 to February 1st,  2020.  No reasonable financier would tell you to consider the 60% growth after the collapse without understanding the massive crash that happened in the first place.  It’s biased, selective, and it doesn’t tell the whole story. 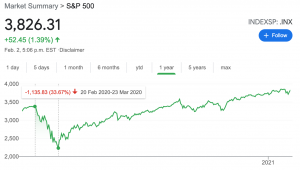 The financial market’s collapse and rebound in 2020. From Google Finance.

What if we did hunt flippered mammals?

Food webs are complex, and significantly reducing the population of one species can have unintended consequences. For example, harbour seals are an important food supply for Transient killer whales in BC. [2]

Prof. Walters says its possible that hunting seals and sea lions in BC would increase the number of salmon [1].  But history shows us that when humans try to control a food web, it often responds in unexpected ways.  Plus, is it ethical to reduce their population below natural levels so we can try to fish more salmon?  Let me know what you think in the comment section below!