Capitalism arrived along the eastern Pacific shores via small sailing vessels based in Europe and the eastern seaboard of the US in the late 1700s. Within a century an industrial resource extraction form of capitalism was fully entrenched. Many of my Indigenous ancestors worked hard in these new (to us) industries, but our labour power was not sufficient to fuel the insatiable desire of capitalist expansion. Soon peoples from the far flung reaches of the globe started to arrive in number and this place became British Columbia. By the early 20th century my ancestors were no longer the majority in our own lands. Rather, we had gone from being part of the economy to becoming apart from the economy. This is the backstory to the project I am embarking upon.

The extension of capitalist relations of production to British Columbia occurred in the context of a colonial expansion that brought people here from Europe, Africa, Asia, the Pacific, and other parts of the Americas. Some were advantaged by their class location, others shared in the experience of having value expropriated from them through the theft of their labour time. This project is about those who realized this theft and took action to change things in the 1970s and 1980s. The geographic focus is on the city and region commonly called Vancouver.

Drawing in part upon my experience as a member of an extra-parliamentary left grouping in the early 1980s I wish to seek out others who were involved in political activism that sought to bring into existence a radical post-class society. While I intend to include activists from across the time between 1968 (that bookmark year of radical uprisings) and 1983 (the start of the neo-liberal triumph) I will include activists whose life experiences extend before and after this central moment. 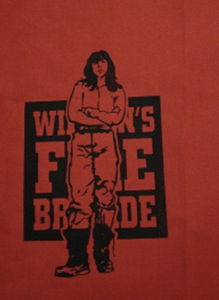 Vancouver in the 1970s and 1980s was a site of intense radical-left activism. The space of activism included a vibrant anarchist milieu (including Direct Action, and the Wimmin’s Fire Brigade), neo-Troksyism (Revolutionary Workers League, International Socialist), remnants of an earlier 1960s Maoism (Workers Communist Party) and the traditional soviet influenced Communist Party of Canada, a host of Latin American support coalitions with links to the wave of revolutionary upheavals in Central and South America, Anti-Apartheid and African Liberation support groups linked to the disintegration of the racist colonial states of South Africa, Rhodesia, Mozambique, and Angola. Activists in this political scene believed in the possibility of a radical societal transformation based in a praxis of class struggle.

Forty and fifty years later the vision of radical societal transformation has been replaced by ideologies that prioritize individual transformation, no less radical, but radically different nonetheless. This project seeks out activists like myself to ask them to reflect on their life’s experiences, their moment of radical activism, how it may have shaped their lives and their choices they made, and then to reflect on their ideas now about what is seen as today’s radical left.