It starts with a blanket.

It was used to cuddle up in my secret spot reading a book cover-to-cover; it was dragged outside to sit on for picnics; it was used for family movie nights even though it was never big enough; it was even part of some of the most epic blanket forts that have ever existed. And after all this it’s a little worse for wear, but it’s still there; at home. 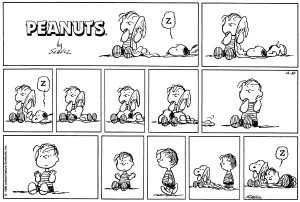 Right now that place that I’ve named home is a red-bricked dwelling with a forest behind it and a big grass field next to it. There’s a basketball net in the driveway and tulips that my mom slaves away to bring back year after year. But this is only the beginning.

Then there’s the backyard.

It hasn’t been the same over the years and the one I have now is much different from when I was 8, but it’s always had the necessities that encouraged the adventures of my sisterhood. My family has always had a strong belief in adventures and testing and learning about our boundaries and surroundings. This place was the home to summers full of home-made slip-n-slides, mud fights, trampoline accidents, pool competitions and other adventures we came up with. In my memories there are sprinklers that we definitely broke from over-use and a little pink and blue plastic playhouse that we had to give away recently. And there’s always my Beppe’s (‘grandma’ in Fries) voice in my head saying, “You need more fresh air, girl.”

And then there’s my room.

It’s overflowing with mementos from my past from taping concert wristbands and passes to my desk, to useless souvenirs I’ve picked up from around the world that remind me of everywhere I’ve been, and a map showing all the places I want to go.

The family that comes with the house is pretty cool too.

My sisters who (while fighting all the while we were growing up) helped me come up with some amazing plans, and some that were rather questionable including a 3-person carrying-on-the-shoulders stunt that practically gave my mom a heart attack. Home is where for every birthday, soccer game, talent show and holiday my very Dutch grandparents, aunts, uncles and cousins all get together and just spend time together; sometimes it’s in the pool, sometimes it’s playing football, sometimes it’s even making up our own games or telling embarrassing stories to each other. These are the people who I want to make proud and who I know couldn’t ever not be.

The homes if my heritage are also somewhere in this mix. 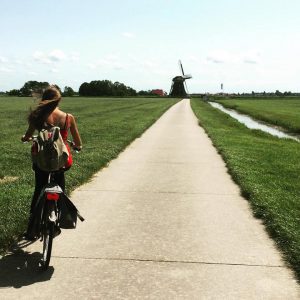 Some of it is in South America and other parts are in India – both of which I plan to visit one day. There’s also a home in Wons, Friesland in the Netherlands, the place my grandfather grew up and have told me millions of stories about. I went there this last summer and stayed with relatives in a town that is smaller than most shopping malls. I saw the house where my grandfather grew up, the fields he raised dairy cows on, the bar where he had his first drink, and the World War II bunkers that he played in. All while doing this I proudly wore a Canadian flag sewed to my knapsack and told my relatives stories about what Canada is like (in broken Fries and English) because a homeland for me is one to take with you when you’re away.

Finally there’s the town I grew up in.

You probably couldn’t find it on a map and it’s the sort of everyone-knows-everyone place that sitcoms and horror movies love to showcase. Together with a few other small towns around us we’ve got classic small town sights like tourism farms (for city folk, yes this is a real thing), historical sites, and Canadian maple syrup lodges. There’s also the story I tell everyone about my hometown. You see, it’s kind of in the middle of nowhere. We have a butcher, a baker and a candlestick maker and there’s even a general store. I tell people this and they laugh. I like my hometown’s character. It’s unique and slightly cartoonish and it’s always nice to go back there.

Home is constantly changing for me. I traveled cross-country to come to school at UBC and that meant leaving it all behind. But it isn’t the first time I’ve had to leave a home and it won’t be the last. When I go I have my few things that were given to me that I can take anywhere and make me feel just as safe; a bracelet with charms my grandmother has filled over the years with symbols of her favourite memories; a photo of my mom making a funny face that she doesn’t know exists; a photo album showing my sisters and me growing up; and a silly wooden cow given to me by my best friend. It’s the place I’ll always go back to and the home I’ll bring with me no matter where I go.