I rediscovered a YouTube classic today. How to be alone, a poem by Tanya Davis, and video by Andrea Dorfman (filmed in Halifax, too!) Before I left to go on exchange to Australia, there were workshops on cultural communication and making learning plans that I generally brushed off. I had gone abroad before and never had much trouble adjusting. There were a few things I didn’t expect about exchange, one of them being that I’d finally learn how to cook for myself after three years in Totem Park (I did it), and another being the difficulty of making meaningful friends. I thought it would be easy. I’d meet Sally Sue at orientation, we’d both like Ryan Gosling memes, and boom we would go on awesome trips together. Maybe her dad would own a Marble Slab Creamery or something, and I’d eat all the ice cream I wanted.

But exchange hasn’t been like that. A lot of people have talked about the difficulty of meeting people who aren’t exchange students while abroad. Yes, that’s been difficult for me too. Beyond that, it’s been more difficult making friends (exchange or not) that I have more meaningful relationships with beyond the surface level of it all. This is not to say that I haven’t met any friends, but I want to put it out there that it was a lot easier than I expected. And with the friends that I have met here in Australia, our friendships are different or not as strong to the ones I have with people in Canada, another adjustment I wasn’t expecting.

I would describe myself as an outgoing, friendly, and independent person. I’ve traveled internationally on many occasions by myself, haven’t lived at home since high school, and I had never thought that finding meaningful friends here in Australia would be difficult. Some reasons why I haven’t made meaningful friends are because I’m a commuter student for the first time, most of the occasions I’m invited to are about partying (when at home, regular partying hasn’t been a part of my university experience), and the simple fact that a lot of the students I’ve met I haven’t had a lot in common with. I’m lucky that I’m comfortable being alone (like in the video) otherwise exchange might of been a disaster for me. I would of been talking to my dog calendar and eating even more chocolate pudding alone than I already do.

So tonight I made a decision. I only have 4 weeks left in Australia and I’m leaving a month earlier than planned because I don’t have any exams and I have accepted what is best described as my dream job in Ottawa. I’ve decided that I’m going to start blogging about the things I do alone and try some of the things that Tanya Davis says in her poem for future UBC Go Global students who might have the same difficulty as me. Even if you don’t feel outgoing, or if you are worried about making meaningful friends, I want to show others that those things shouldn’t stop you from making the most out of exchange. I still have fun, I’m loving Australia* and no one is here to stop me from eating all the chocolate pudding I want (except for the weekends when my boyfriend comes to visit, then I feel judged).

I hope I remember to take lots of photos and I hope this mini-project inspires others who have difficulties adjusting to life abroad. The part of the poem that talks about going dancing by yourself.. now that seems like a scary one. You’ll have to wait to see if I do that one. 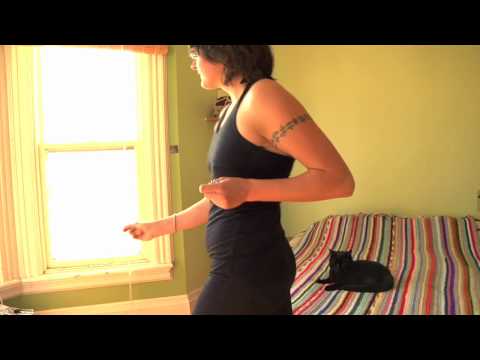 *Australia is extremely expensive to live in, especially since I don’t have a job. That part, I’m not enjoying at all.

Building the Great Court / Source: The University of Queensland Library

At my exchange university, the University of Queensland (UQ), There’s this really great space in the centre of campus called the Great Court. Picture a big grassy area with trees where students can relax in, surrounded by an enclosed by old sandstone buildings and walkways that features great thinkers, grotesques, university coats of arms from around the world, and historic scenes all made out of stone.

Yesterday, as I was taking a new route to find the post office, I found the UBC coat of arms on one of the cloisters in the Great Court! Yes, I did get weird looks as I walked around the cloister to snap pictures with the worlds biggest smile, but it was worth it.

It’s no secret that I think UBC is the greatest university on the planet, so I was really proud to see our school’s coat of arms there on UQ campus. I also thought, wow, that’s UBC’s coat of arms in the form of stone on a university campus in Australia and I had no idea for the last few months it has been there at all. Who know where else a UBC logo or coat of arms is hiding around the world?

What else makes this especially wonderful to me is that there’s a little piece of UBC with me while I’m on exchange. I’ve been asked a lot recently to speak to outgoing exchange students from UQ about UBC and now I’ve got this cloister is one more piece of evidence about how cool UBC is.

Our reading break just happened here in Australia as my friends at UBC started their end of term exams. Brian, who is on exchange at UNSW in Sydney, and myself went up to the Whitsunday Islands and the Great Barrier Reef for the week. Some of the pleasures of living in Queensland is that it’s always hot like summer (even though we’re moving from fall into winter soon) and you’re only a few hours away from the reef.

The place above is overlooking Whitehaven Beach where all the white sand swirls with the clear water. If it wasn’t for the highest winds of the season that coincided with our trip, then we would of been able to go down there on this thing, to see these guys, and hang out like best buds. We still were able to visit another part of the beach on our jet boat/speed rafting watercraft even with the high winds. You can’t even tell, but I lost my one and only hair elastic on that trip and so my hair was in one big knot from traveling on our jet boat/speed rafting watercraft, so good job me. I’m kind of like this guy.

Now that reading week is done, it’s time to get through the last half of the term while everyone else in Canada begins summer vacation. There’s actually 3 colours, but you can’t see the sparkly one very well. Shannon Sterling, if you ever read this, the sparkles are for you.

Thank you Brisbane, for the Sunday afternoons when I can’t focus on my studies in the library, and you provide me with shelves of OPI nail polish to choose from at David Jones. I’ll pretend that I didn’t just spend all that money on three different shades of purple (always purple nails) and that my currently Pinterest addiction that inspired this purchase is completely healthy.

This is what exchange is really all about.

I’m getting ready to go to a potluck with other exchange students here at UQ and I can’t help but feel like I’m secretly Zooey Deschanel in Birkenstocks. Also, check out this cute dog calendar my boyfriend gave me. City Glider transit buses! Complete with flying squirrel graphics all over everything, including the buses!

I’ve lived in Totem Park for 3 years with a dining hall, this is my attempt at food liberation. Guacamole, corn, and chickpea sandwiches.

I have no ideas what these are, but I found them in the Botanical Gardens and I like ’em. Currently: Sitting on my back patio in the late afternoon, streaming The Peak, looking at all the big green plants, and the tall buildings of the Brisbane business district behind me.

This week, classes started at my exchange university, the University of Queensland. A school surrounded by water on three sides (kind of like UBC, except it’s the Brisbane river), with a lot of sandstone buildings and no textbooks in need of being purchased. After attending UBC for three years it is really interesting going to another university where every class has a tutorial (I think I’ve only had one tutorial at UBC), lectures are usually video taped and put up online, and readings are hardly mandatory (that’s probably why I have no textbooks).

The cool things about Brisbane are as follows:
– Busways, like having a subway or Sky Train, but with buses. Brisbane has dedicated bus highways throughout the city to guarantee few interruptions and have created elaborate bus stations almost like a stop on the Canada Line. For example, I know I need to take a bus to Woolloongabba Station to get home and I just need to cat something along the busway to get there.

– Limes are as cheap as in Canada! Where they were $5 for two in New Zealand, here I pay around 40 cents each. Important for a girl who’s residence floor made her fall in love with guacamole and you now make it once a day as a replacement for real dinner.

– Boost Juice Bars, the Booster Juice of Australia. I’ve been learning how to stick to a budget now that I’m paying rent and buying groceries (goodbye to my safe 3 years in Totem Park with a dinning hall). Just trying to justify $6.50 AUS a day in the budget for an original sized strawberry, watermelon, and pineapple juice with lots of lemon.

Other updates:
– Everyone thinks I’m American. One restaurant identified me as Canadian, only because he watches How I Met Your Mother, he told me. He’s in the know.
– My new Australian debit card sparkles. Shannon Sterling would like that detail.
– My house is the loveliest summer home. Here’s a photo of part of my room: