Research by Ambient Insight shows that global sales by game-based and simulation-based learning companies hit over $1.5 billion US dollars last year alone. Their researchers have predicted that the serious games market will grow to $2.3 billion in 2017.  That is an increase of  8.3% in the next 3 years (Adkins, 2013). 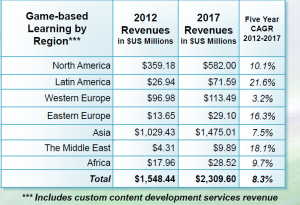 This number grows to a staggering $9 billion US dollars if it includes simulation-based learning games (Adkins, 2013). And its not just educational software providers developers getting in on the act. In 2005, Nintendo launched Brain Age: Train Your Brain in Minutes a Day on the NintendoDS handheld.  Brain Age and its variants have since sold over 37 million copies worldwide, and remain one of Nintendo’s greatest recent successes.

The market is thriving, and much of that is on the backs of a number of industry leaders and trendsetters. From the massive multi-player worlds of Math Blaster and Minecraft, to ever-popular series like Civilization and Reader Rabbit, to the cutting edge DGBL developers like Brainpop and Sokikom, the industry seems, more than ever before, to be in creative and capable hands.

Research one or more of the following industry leaders. Consider what these developers and organizations are doing to effectively integrate gaming into education.

1. MinecraftEDU – An organization with the mandate to “Bring Minecraft to the classroom”.

2. BrainPop – An educational game developer with a successful subscription based service.

4. Lumocity – A company specializing in improving your brain power through games and puzzles.

10. Sokikom – An edu-tech company specializing in game-based curriculum for mathematics.

Select one of the industry leaders in the list above, or choose your own not mentioned on the list. Post your remarks on the following in the comments section below.

1. Summarize the significance of this industry leader.

2. Reflect on the educational value of this industry leader’s contributions.

3. Express whether or not you would use, or have used, a product or service from this industry leader, and state why. 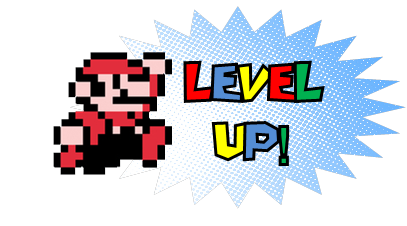