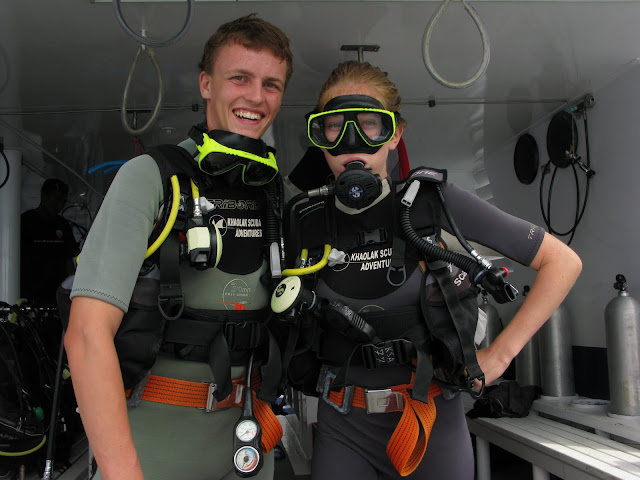 We’re coming home. In a sleep deprived stupor we have managed to waste the past 11 hours in the Seoul  Airport, too weary to make the effort to actually SEE Korea (though they have a nice airport.) One hour to go before another 12 hour flight to Vancouver. It’s the home stretch; we are quite literally tired, hungry and (Keegan is) broke.
But what have we done with all our time, money and energy this past month?
Well we last wrote from Koh Lanta. Our beach bungalow served us well in passing the days sipping coconut mango smoothies while taking in the vivid sunsets and spectacular lightning storms. Keegan acquired his diving licence with help from scuba Steve, a funny English school teacher. We dove Koh Ha and then took a deep dive course in order to go to 30m to dive at Hin Muang and Hin Daeng. Red rock and purple rock. Supposedly world class dive sites appropriately named for the coral. Keegan breathes a lot. Luckily on the 2nd dive they gave him a bigger tank!

My cooking class turned out to be excellent (lemongrass margarita anyone?) with ALL the profits going to Lanta Animal Welfare. Apparently the cats and dogs of the island are used to luer tourists but when unwanted are fed fishhooks, burned with boiling oil, drowned etc. etc. 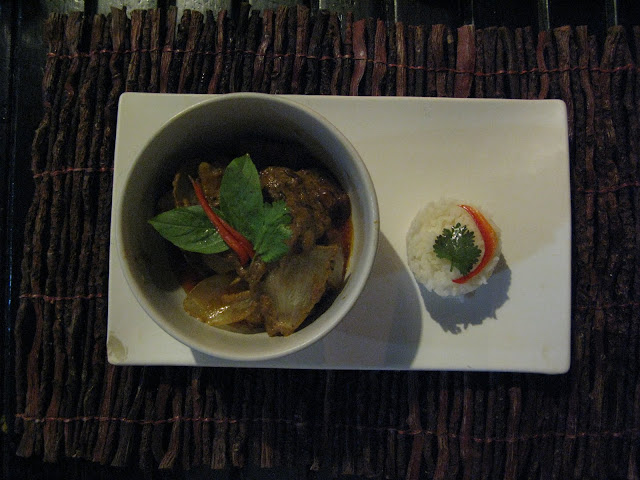 On a lighter note, our next stop was Khao Lak. Apparently the Similan Islands, a national marine park were supposed to be closed the week prior (because our timing is impeccable) BUT it seems in Thailand there is always ‘leeway’ (I think we have a Canadian word for it- corruption?) so we were able to do a 1 night live aboard cruise and dove 6 times at (again) world class Similan islands and Koh Bon. The boat wasn’t too shabby either! 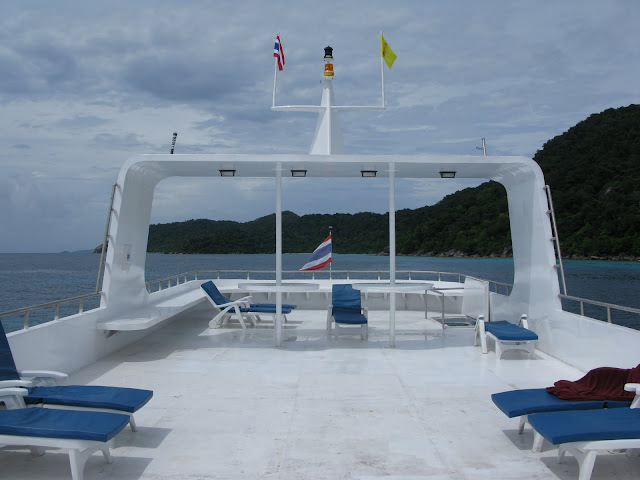 We saw a GIANT Manta Ray (5m across), 2 hawksbill turtles, 1 green turtle, squid feeding (albeit from the boat) and countless strange and indescribable fish, anenomes, corals and generally odd creatures. I have to say my favourite part is simply zoning out breathing underwater and then looking up to see hundreds of fish swirling above you glowing in the light of the surface far above.
Lovely.
Next stop, (our bank accounts now significantly reduced) Khao Sok National park. An inland jungle supposedly older than the Amazon with dramatic limestone cliffs piercing out of the green. We went for a hike to some waterfalls (which turned out to be some water flowing over some rocks) and along the way discussed the election with a separatist Quebecois.

Up to Bangkok we headed, being scammed along the way (of course) but also encountering a very genuine hotel owner in Chumpon (who told us we might be better off staying at her uncle’s hotel because he had a cheaper room rate.) The train being full, we discovered Thai ‘VIP’ buses are rather cushy.
I’m going to wake up Keegan and let him take it from here.
Sleepy. Ughhhhhh. Bangkok in brief, let’s go! We arrived late in the day and took our time making it to the Khao Son Road area and the first thing I did was eat pad thai. SO GOOD! We spent nigh on a week meandering through the streets, tracking down souvenirs, eating mangoes, and settling down in general. It felt admittedly good to make it to our home base, or at least the base that would get us home. We saw the grand palace, we ate good food, Kristina took a cooking class and I got to come later and eat it all (she’s doing a top notch job on Thai food, to bad I’ll be sick of it by the time I get home…). We watched movies, wandered in the rain, listened to hilarious taxi drivers. Heard about the terrible epidemic that Thai men face from one animated taxi driver about how Thai men’s penises just can’t add up to the rest of the worlds… apparently once a woman has some romping time with a “euro man” they never go back. My favourite quote being “it my dream to upgrade to negro size!”  We also discussed wise things, but that guy was just too funny. He continuously used his pinky finger as an indicator to his size and woes in the world of Thai sex. Battled Korean air for plane ticket home.

Eventually we met up with my dad’s cousin who lives in Bangkok and owns the legendary Q-Bar. Andrew was an amazing host, taking us out on the town two days over. Kristina and I spent two nights at the club, moving to the beats spun by renowned dj’s, and doing a number on the offer of free drinks once provided the largest drink list in Thailand. Literally the most alcohol I’ve ever seen, ever had a Bangkok Ice Tea? It’s Andrew’s. We even spent one day watching my popstar cousin Waii perform in front of mob of enamoured fans. Sleep has vacated me for the past two days… so forgive me for a ramble. Now sitting at an airport waiting to go home it’s strange to think of what we’ve seen. How to describe it is beyond me, it wasn’t just a quick one activity trip. It was four months of living. If I was to ask you what you did for the last four months what would you say?