1) In his article, “Godzilla vs. Post-Colonial,” King discusses Robinson’s collection of stories. King explains that while the stories are written in English, “the patterns, metaphors, structures as well as the themes and characters come primarily from oral literature.” More than this, Robinson, he says “develops what we might want to call an oral syntax that defeats reader’s efforts to read the stories silently to themselves, a syntax that encourages readers to read aloud” and in so doing, “recreating at once the storyteller and the performance” (186). Read “Coyote Makes a Deal with King of England”, in Living by Stories. Read it silently, read it out loud, read it to a friend, and have a friend read it to you. See if you can discover how this oral syntax works to shape meaning for the story by shaping your reading and listening of the story. Write a blog about this reading/listening experience that provides references to the story. 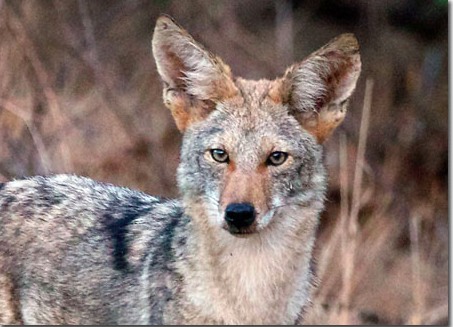 King nails it in his article “Godzilla vs. Post-Colonial” when he highlights the strategic usage of oral syntax prevalent in Robinson’s story “Coyote Makes A Deal with the King of England.” With his repetition of words and phrases, along with abrupt deviations in plots and thoughts, one can hardly keep up with the flow of the story … Unless it is verbally read aloud. This is Robinson’s weapon that swiftly combats silence, and instead, naturally encourages the reader to share the story with another person. You see, the goal is to bring the story alive, to shorten the distance between the storyteller and the listener, and Robinson successfully does so by writing in a way that has the reader pause in the appropriate places, emphasize tones at certain endings, and even act out storylines with gestures, like when the black and white law book is “about this long and about this wide” (Robinson 84).

Repetition is an undeniably obvious factor in Robinson’s piece, and he certainly plays it to his advantage when creating a rhythmic tune to the sentences and overall structure. For example:

The Angel, God’s Angel, you know.

They sent that to Coyote.

And Angel flew and get to Coyote (Robinson 66).

The words “God,” “Angel,” “Coyote” and “sent” are particularly emphasized through constant reinforcement, and thus become instilled in the reader’s mind. This oral syntax technique allows us to pick up the specific details and themes that the author wishes us to note.

I admit, when I first read the story in silence, I found myself disconnected to the characters. Why? Because I was so fixated on (subconsciously) correcting the sentences and flow of words just so the story would grammatically make more sense. I was changing fragmented sentences into complete sentences that followed the western “approved” linguistics and syntax, and completely missed the whole point of the story. I grabbed my 6-year-old niece, and read to her from the beginning. I immediately felt the story change: sentences that began with “and” and “but” felt natural off the tip of my tongue, academic “errors” became less of the focus, and as I was wailing my hands in the air and altering my tone here and there with the words, my center of attention was on the meaning behind the words. Later that night when I had my mother read the story to me, I found that the story was specifically written to give a sense of warmth, intimacy, comfort even. It is written in a way that allows the listener to feel fully immersed and embraced into the story, like a participant, rather than a bystander.

Through this experience, I realized we have all been conditioned to believe that a certain framework of thinking is forever the sole measure of accuracy, excellence, and superiority. I appreciate what Robinson has done here: his usage of oral syntax can be seen as a way of rebelling and challenging the status quo of modern academia as well as colonial narratives. The structure he has created wholly deconstructs the typical narrative voice we are constantly exposed to in western academic writing, and instead, we learn to search deeper beyond what is seen to the naked eye.

Robinson, Harry. “Coyote Makes a Deal with the King Of England.” Living by Stories: a Journey of Landscape and Memory. Ed. Wendy Wickwire. Vancouver: Talonbooks, 2005. 64-85.