Coyote Pedagogy is a term sometimes used to describe King’s writing strategies (Margery Fee and Jane Flick). Discuss your understanding of the role of Coyote in the novel. 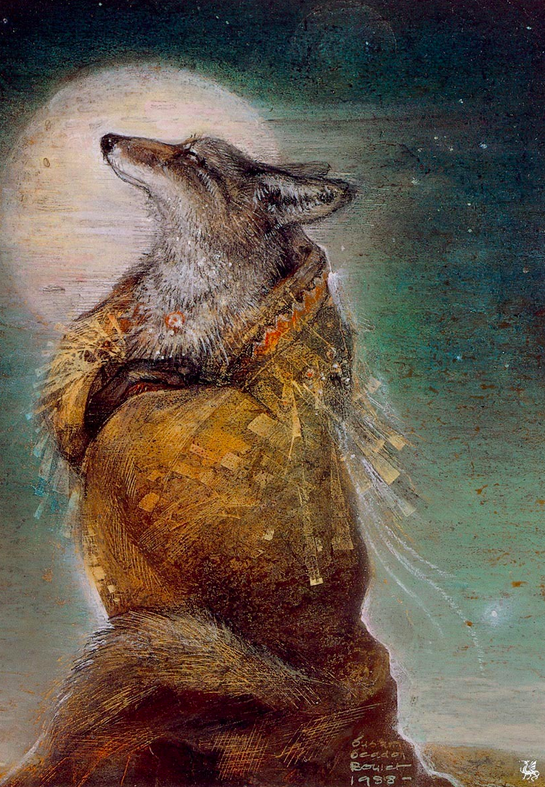 I remember when I was seven or eight, I had seen a coyote in Queen Elizabeth Park while playing with my childhood friend. We weren’t far from our parents, but still far enough to feel fear when the animal looked straight at us. It was hidden among the bushes that were 50 meters or so away from us, and all we could feel was sheer panic. Our feet were rooted to the ground, our jaws were hanging agape, and before either of us could muster a sound, our moms yelled for us to come back. Whether they had also seen the coyote too or just simply timing by coincidence, my friend and I were silently relieved to scurry away back into the arms of our parents. Before reading Thomas King’s Green Grass, Running Water, I had no idea the animal could also be regarded as a humorous helper to the First Nations people.

Thomas King’s Green Grass, Running Water is a book that requires the reader to interpret signs from both reality and the mythological world, there is no denying that. The trickster Coyote takes on the role of a creator who challenges European cultural influence, and is one who remains outside of the narrative yet bridges the two opposing realities. Coyote’s identity can therefore be seen as juxtaposition to the Christian equivalent of God. However, due to the coexistence and clear predicament between the First Nations and European societies, his foremost role is a healer to the indigenous population. Despite Coyote’s mischievous, mystic, and some might even say controversial nature, his intentions are in the right place for wanting to fix the world. Even when this is so, Coyote’s poor reading of the vastly dissimilar culture and political model provoke the contemporary heros to search for their own home in a world that condemns diversion in civilization, like how Lionel and members of his tribe settle outside of Blackfoot territory.

Interestingly, Coyote assumes the role of both a teacher as well as a student. Yes, there are missteps to his calculations, but we can’t deny his eager attempts to be a disruptive element that combats colonial representations as well as stories of containment. His permanent conversations with the writer, heros, and even himself ultimately encourages the reader to take on a more invested conscience into the story. By turning the central story of Christianity into a Coyote story, King strategically reproduces the entire novel’s plan, which incorporates European history and culture, into the context of First Nations framework.

Coyote is pivotal not only in creation stories, but also vital when facilitating the cultural transcendence that King wishes his audience to gain. Not only is Coyote the embodiment of old and new Aboriginal practices, his figure is represented in both historical/mystical as well as in contemporary events of the novel. In Fee and Fick’s Coyote Pedagogy: Knowing Where the Borders Are in Thomas King’s Green Grass, Running Water they write, “This is Native pedagogy. We are not only being taught Native history, but we are also being taught it in the Native way – we are not just acquiring information, but learning how to process it differently” (138). Readers must throw away all past assumptions, stereotypes, misinformed beliefs on the Indigenous culture, and be willing to take in the novel’s material through cross-border thinking in order to get the complete joke.