Compartments of a Hookah via http://upload.wikimedia.org/wikipedia/commons/0/0f/Hookah-lookthrough.svg

Hookah (also known as shisha or narghile) is a waterpipe that is used to smoke tobacco, flavoured molasses , and other substances. Its origins date back to India several hundred years ago. It was popularized when it first arrived in Turkey during the Ottoman empire. The actual smoking instrument itself is called a hookah where as the tobacco that is soaked in honey or tobacco is called shisha. There are different compartments that make up the apparatus such as the bowl, windscreen, hose, stem, water container, ashtray, and the gasket. The flavoured tobacco or non-tobacco molasses mix is packed into the bowl, covered with tinfoil, and then hot coals are placed on top.  The smoke passes through the water chamber and is then inhaled by the user. Hookah comes in many different flavours such as grape, chocolate, and mint.

In recent years, shisha has become more and more popular, especially among younger people. It is also become more and more common in different media such as music and television. Along with this increase in acceptance in the North American culture specifically, there is also a  notion that hookah isn’t that harmful, or at least not compared to other substances such as cigarettes. But is it really?

There is a misconception that smoking hookah is relatively safe. The charcoal used to warm up the tobacco produces large levels of carbon monoxide, metals such as arsenic, lead, and nickel, plus carcinogens. The amount of smoke that is inhaled during a shisha session is also troublesome. A normal sitting lasts around 45 minutes to an hour which translates to a few hundred puffs of heavy drags. The smoke is associated with an increased risk in developing ailments such as heart and lung disease. Sharing the mouth piece with other participants also increases the risk of transmitting diseases such as oral herpes or hepatitis.

A glimpse into the past of Hookah via http://upload.wikimedia.org/wikipedia/commons/9/98/Stanis%C5%82aw_Chlebowski_-_Turecki_hookah.jpg

Another misconception related to hookah is that it is not thought to be addicting. Smoking tobacco with a hookah delivers nicotine to your body, the addictive portion of cigarettes. The reality of the matter  is that smoking hookah is just as dangerous as smoking cigarettes, if not more. 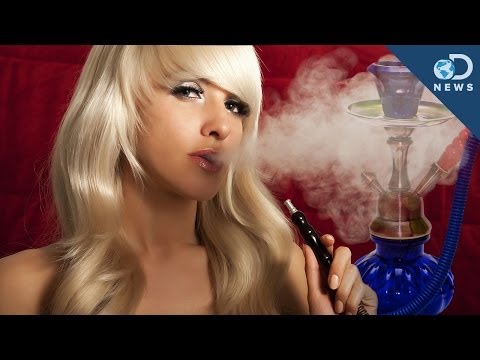 Vdeo comparing the hookah and cigarettes

Non-tobacco hookah is the healthier alternative to smoking tobacco with a hookah, but it is still dangerous in it’s own right. It is important that the general public is properly educated about the adverse effects of this practice to avoid unexpected health problems. This problem has led countries like Canada to crack down harder on this substance for the best interest of its residents. It is best to avoid these harmful products, but if you do indulge, moderation is best.

The Power of Music

THE POWER OF MUSIC

Photo of Kanye West performing during the Yeezus Tour via http://upload.wikimedia.org/wikipedia/commons/f/fa/Kanye_Live_Yeezus_Tour.jpg

Music is a wondrous thing. It is nearly impossible to go a whole day without hearing music in one form or another. We listen to music for many different occasions such as passing the time during your commute, when you are feeling down, in the gym to get pumped up, and many more.  Music has been around for a long time, dating back at least 60,000 years where it is believed neanderthals uses their hands and stones to create a cacophony of sounds. Since then, music has evolved tremendously and has branched into many different genres including rock and roll, jazz, rap, and reggae. You may be listening to music right now while you are reading this post and you may not know the many different ways music contorts your mind. 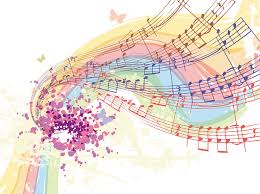 An array of musical notes via https://encrypted-tbn3.gstatic.com/images?q=tbn:ANd9GcR6oLHko_dQCEMnTcrhJqaKPxjSGRpX0G8elwWz0oZvJjJ5rZ4-tg

One of the way music influences us is that it can make us express certain emotions. This is due to the fact that music fires off neurons that make us feel a certain way. This explains why we feel down after listening to sad songs and other emotions for other types of music.

When we have to write a long paper for school, some of us tend to turn to loud music to help us get into the zone to hammer it out. This may not be the best way to go about things however. One study has indicated that milder noise levels can help boost your productivity and creativity. This is one way music can be beneficial for everyone. So you may want to give Tchaikovsky or Beethoven a listen next time you have an important assignment or exam.

Another great benefit of music is that it can help people with coronary heart disease relieve stress and reduce blood pressure, which significantly lowers their chances of disease complications, including death.

Music has many effects on the brain. Image via http://upload.wikimedia.org/wikipedia/commons/6/69/IEatBrainz.png

Another great thing about music is that it can help us exercise.  Faster music leads to more effort, and the optimal range is between 120 to 140 beats per minute (bpm). People often synchronize themselves to the beat of the music, so a faster beat leads to quicker movements and increased power output

An interesting video on the effects of music on the brain.. 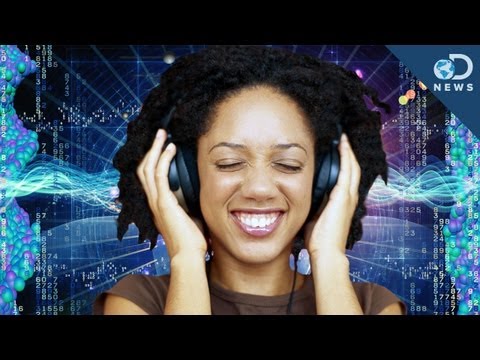 In the end, music is a great tool in our every day lives and should be utilized to our benefit. There are many positives that can come out of listening to music it is truly amazing. There are some possible downsides however. Constant exposure to loud music can cause loss of hearing down the road and music can also distract us during crucial times such as driving. That being said, if you are cautious about your music listening habits, there is no end to the possible positive outcomes.

Does Red Bull Give You Wings?

DOES RED BULL GIVE YOU WINGS?

University students around the world are faced with plenty of long nights revising notes, completing homework, and cramming for exams. After a while, it may get tough to stay focused or even awake for that matter so many “study-aids” are consumed, including the ever popular energy drinks.

These concoctions are loaded with sugar and many of them contain caffeine and taurine as their main stimulants as well as a variety of vitamins. Most of these drinks are advertised as “dietary supplements” so they are not reviewed by the FDA (Food and Drug Administration). There is a shroud of mystery surrounding energy drinks and many studies have been conducted to debunk this.

The companies that produce these energy drinks claim that these beverages will increase alert-fullness and performance, this may not entirely be true. Medical experts have warned that the feeling you get after consuming a can of your favourite energy drink may be almost exclusively from the rapid increase of sugar and caffeine in your system. This means that drinking a cup of coffee with sugar could produce a very similar effect. 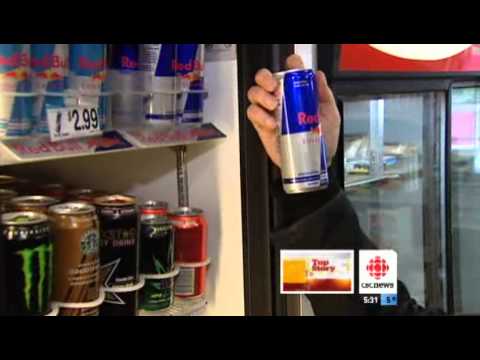 A CBC story on the risks of energy drinks.

Another worry associated with these supplements is the dangers of constant drinking. Many different energy drinks, even Red Bull (the most popular energy drink worldwide) have been banned in different countries. Despite, this energy beverages are generally safe in decent doses. If you drink them in moderation you should be fine, but if you start to rely on energy drinks to get you through the day, every single day it will carry many of the symptoms associated with excessive coffee drinking. Dehydration is a common side effect.

If you were a child or pregnant is is recommended that you steer clear of these beverages as they are recommended for adults and can exacerbate existing heart or kidney conditions. In the end, drinking energy drinks is safe practice if you follow the suggested guidelines (Usually 1 to 2 cans per day). If a cup of coffee is working fine for you already there really isn’t a need to switch to these more expensive beverages however.

Posted on February 3, 2014 in Issues in science