The (literal) Birds and the Bees

Ok, I’ll give your parents the benefit of the doubt and assume that at one point in your life they sat you down and told you the ins and outs of “the birds and the bees”.  But just in case they failed to raise you properly, here is everything you need to know.

Let’s BEEgin with the bees.

Bee sex happens in mid-air, usually around 10 feet off the ground. In a spectacular display of desperation, agility, and death (I’ll get to that part in a second), hundreds of male drone bees compete for the opportunity to mate with a virgin queen during her once-in-a-lifetime “nuptial flight”.

Drone bees are all male, and are evolved to be good at one thing:  Sex.  They have better eyesight then other bees, no stingers, and large endophalluses (penises).  During the nuptial flight, a dozen drones, on average, will successfully fertilize the queen.

And then things get weird. 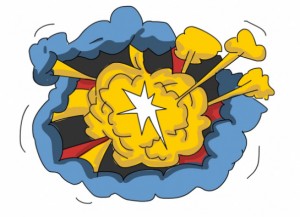 It violently ruptures, and is ripped from the drone’s body, remaining inside the queen’s.  The drone falls to the ground, and dies soon after.  The next drone to mount the queen removes the previous drone’s penis, and then proceeds to insert his own.

This kind of expendable-male mating ritual is not unusual in the insect world – female praying mantises, for example, are famous for biting the heads of of males during or following mating.

But that’s enough about insects. On to the birds!

Our avian friends have evolved some very unique solutions to bringing sperm and eggs together – some of then just as strange as the bees.

Most male birds don’t actually have penises – chickens for example have no protruding sexual appendages.  Instead, they have a hole called a cloaca.  Both male and female chickens have one.  In order to mate, chickens have to press these holes together for a brief time in a behavior described as the “cloacal kiss”. 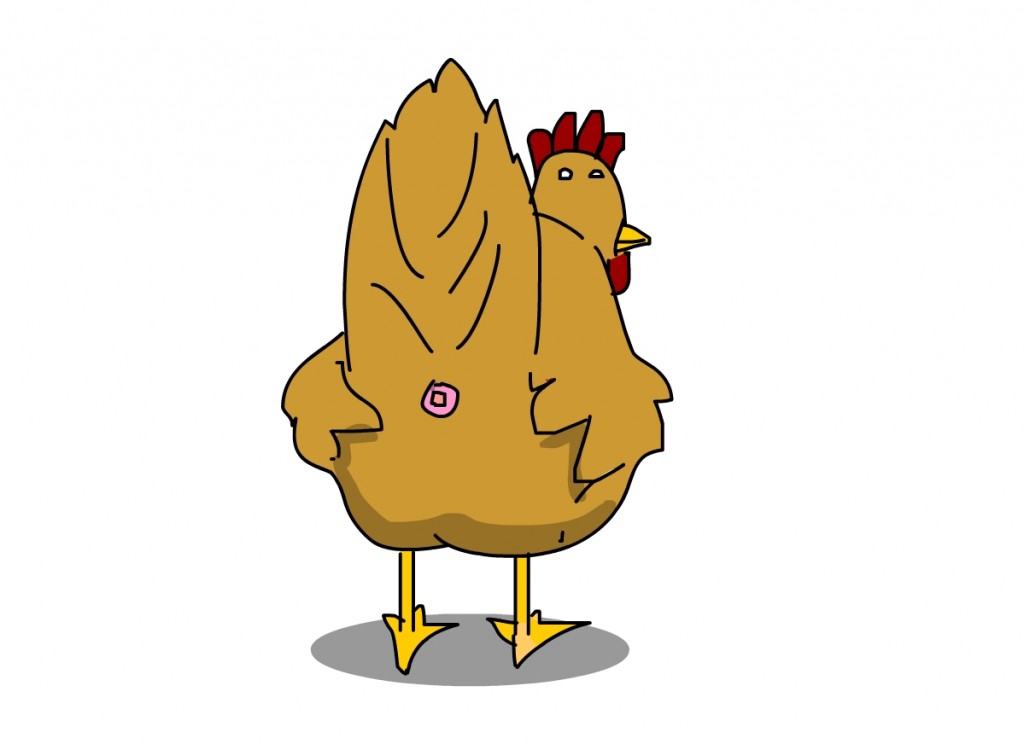 The cloaca of a bird is multi-puporsed – it is the exit point of a bird’s urinary, digestive, and reproductive tracts. Yes, that means that urine, feces, and eggs all come out THE SAME HOLE.

You can think of it like a water slide with different starts, but the same ending. 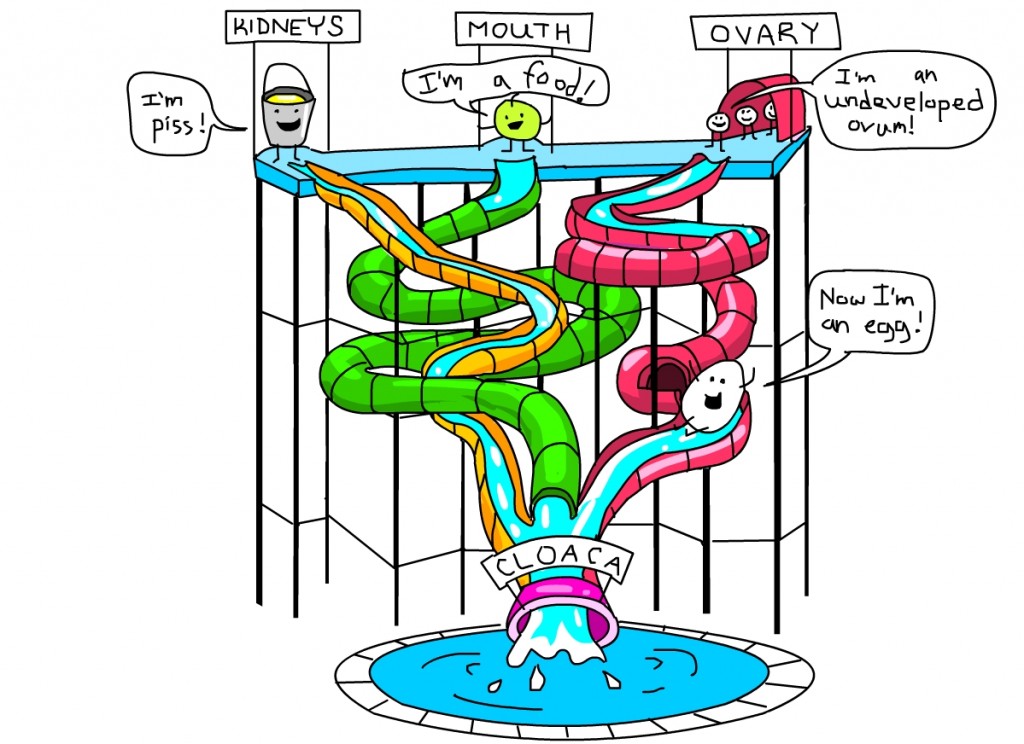 Not all birds engage in the cloacal kiss method of copulation; some DO have penis – and not just any penis, ENORMOUS penises.

There are species of duck with some of the largest penises, relative to body size, of any animal alive.  The Argentine Lake Duck for example, has a 16-inch corkscrew-shaped member that exceeds the duck’s own body length when fully extended. 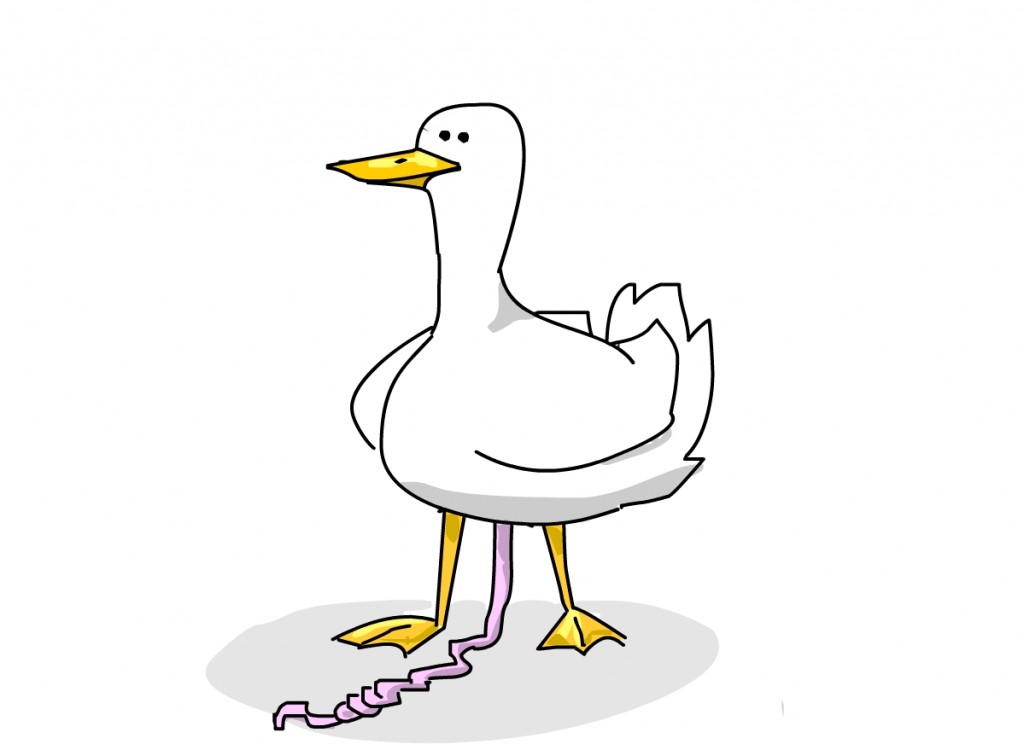 So there you have it! Everything you need to know (and maybe a few things you didn’t).

My personal take-away from researching this topic is two-fold.  Firstly, my google search-history has gotten significantly more disturbing, as it now includes the search terms “chicken butt hole” and “duck penis”.

Secondly, I’m left with a much greater appreciation for the strange and inventive reproductive strategies found in nature. One thing is certain – mammals don’t have the final say on what defines sex.  Take it from the birds and the bees – there’s more then one way to do it.

Text and graphics by Sam MacKinnon, 2014