“The international business community will increasingly need to promote greater economic inclusion and social justice in its operations, or it will be blamed for contributing to the conditions that lead to violent conflict. That may not actually be the case, but the perception is a fact of life in our rapidly shrinking world” (http://info.worldbank.org/etools/docs/library/57510/bennett_article.pdf)p. 410.

Should MNCs, or any actors, be expected to act on the basis of perceptions, even if it “may not actually be the case” that the perception is correct?

There are a great many things that GOP hopeful Donald Trump will never understand. But who could have guessed that a self-proclaimed business guru with sights on runni 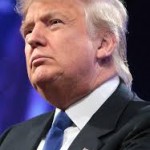 ng the most important economy in the world would fail to grasp the basic principles behind the globalization of production? In case you missed it, “the Donald” decided to observe Martin Luther King day by… well, not observing Martin Luther King day, and attacking an American icon of a different sort: Apple. “We’re going to get Apple to build their damn computers in this country instead of other countries,” Trump yelled to his Liberty University audience, and in one sentence demonstrated a unique understanding of both the concept and actual words “free enterprise.” Trump is not the first to jump on the end-outsourcing bandwagon to score political points, but his apparent failure to recognize that the very existence of companies like Apple—and empires like his own—depends on the existence of a profit maximizing, globally mobile manufacturing system is rather like FIFA head Sepp Blatter failing to understand that he could not lead a war on corruption. Too bad FIFA can only issue 8 year bans to its own president.

Trump’s latest outburst contains the usual dose of xenophobic venom, invoking the notion that it is somehow unAmerican and unsavoury for an American company to outsource its workforce to the Chinese. Either Trump is trying to score political gains by playing to right wing bigots, or is woefully ignorant of the reality that even a US president cannot legislate changes to a global economy. Or both. Trump surely knows that the business of business is business, regardless of nationality, and that Apple—who once prided itself on its homegrown production—is simply following the same logic and global supply chain as virtually every other MNC.

According to the New York Times, Apple estimates that it would take up to 9 months to find enough qualified engineers in the US to make iPhones, whereas in China, it takes 15 days. That’s called the globalization of production Donald, something that even you can’t change.