We’ve all seen those photos that illustrate local adaptation better than a graph, text or an equation, and as a result get used in talk after talk (think benthic and limnetic sticklebacks, mouse coat colours in different environments, or peppered moths). Our Sitka spruce common garden materials with populations from across the species range has been studied by three PhD students in our lab (Makiko Mimura, Jason Holliday and Joane Elleouet), and we have shown lots of graphs of the dramatic differences in growth, phenology and cold hardiness among populations. However, we decided it was time to take advantage of the need to thin the experiment by setting up individuals for a photo shoot. We cut an average-sized, representative tree from each of nine selected populations that were roughly evenly distributed across the range, set those up against a uniform wall of the Forest Sciences Centre. We enlisted the Faculty of Forestry’s graphic artist and photographer Jamie Meyers to take the photo.

Finally, for fun and for illustration, we had lab members dress as if they were in the home environments for each population. Here is the result:

We wear our clothes, they wear their genes.

We hope these photos will be useful to our group and to others for years to come.

Sally our dear PI was giving a talk at the Canadian Parliament at the end of January, to warn politicians about the impacts of climate change on temperate and boreal forests, and to explain how genomic methods implemented in the Adaptree project might help mitigating these impacts.

Here is a news article in the Canadian Geographic about this event. There is another one in the Ottawa Citizen.
The title of this last one is slightly misleading though…. There won’t be “new” genes in the forests! Just genes already present in the species’gene pool but that need a bit of a push to end up at the right place in the right time to be optimally fit.

Sally emphasized to policy makers that even if our work will help forests adapting and reduce negative outcomes of climate change, the priority should be to slow down the rate of climate change by reducing carbon and greenhouse gases emissions.

This month’s issue of Evolution is about evolutionary landscape genetics. Nothing about trees specifically, but interesting methods in general. Check it out!

This fancy name, “Landscape genetics” does not refer to a whole special theory on its own, but is just a way of relating genetic structure of a population to the features of its environment.

Landscape genetics methods can help you dealing with population structure in your hunt for adaptive loci, especially if you have no prior reasons to pre-split your sample into “populations” (that is, when the range you are considering is continuous, not enormous in relation to dispersal distances, and your sample is not made of clusters far from each-other). This is what Jones et al. show with simulations, and illustrate with a study on the alpine plant Campanula barbata.

Today’s date, 5/8/13, is mathematically very interesting… did you notice?

These three numbers are a part of the Fibonacci series! In the Fibonacci series, each number is the sum of the two previous ones: 0, 1, 2, 3, 5, 8, 13, 21, 34, 55, 89 and so on… The ratio between a Fibonacci number and the previous one gets closer and closer to φ, the “golden number”. The properties of φ makes it appear in many contexts in nature… 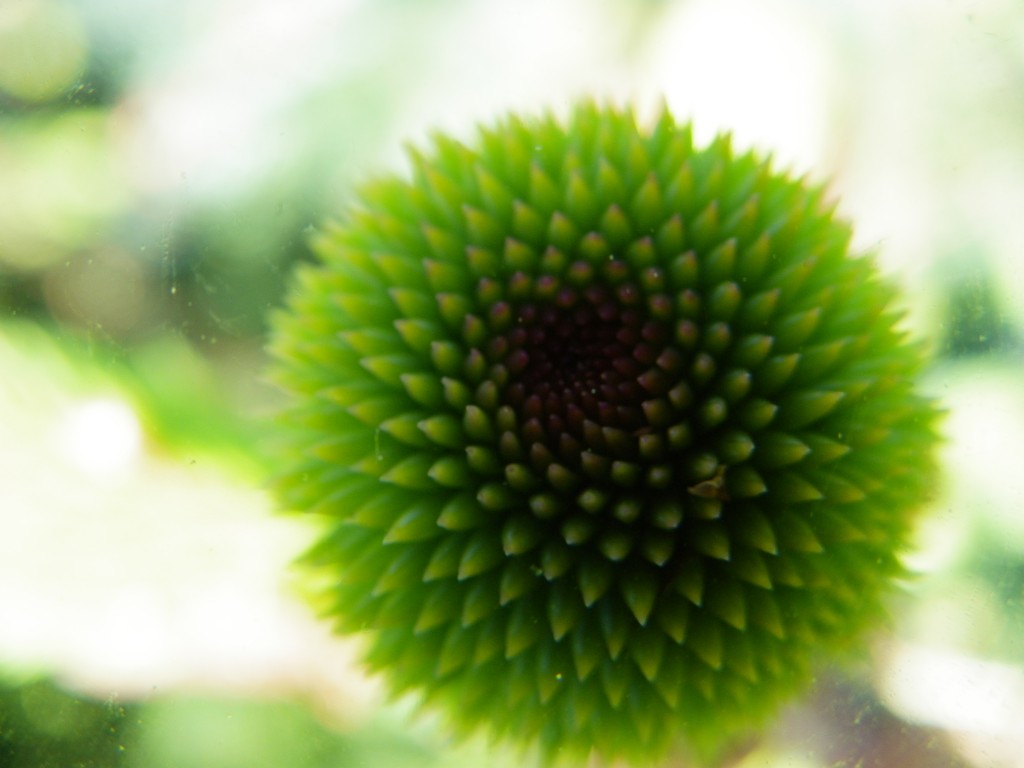 A young Sitka spruce lateral shoot… also subject of the rule. Count the spirals and watch the videos!

To see how pine cones, terminal buds, flowers and other natural shapes are related to the Fibonacci series, have a look at this set of videos, they are great!

Springtime in Vancouver is well established. The sun makes more frequent outbreaks, the fantastic cherryblossom period that made our streets so pink is drawing to an end, shy tender green leaves have appeared on the tip of deciduous bare trees…

What about conifers? Static, boring, would you say?

Look closer when you walk through the forest, conifers are quitting dormancy as well. Buds that protected vegetative meristems are swelling, swelling, and…eventually breaking, pressured by the appearing needle primordia underneath the protective scales…

As I am spending quite much time in a Sitka spruce garden experiment, It appears to me that each bud has a kind of personality on its own. Let me introduce some of them: 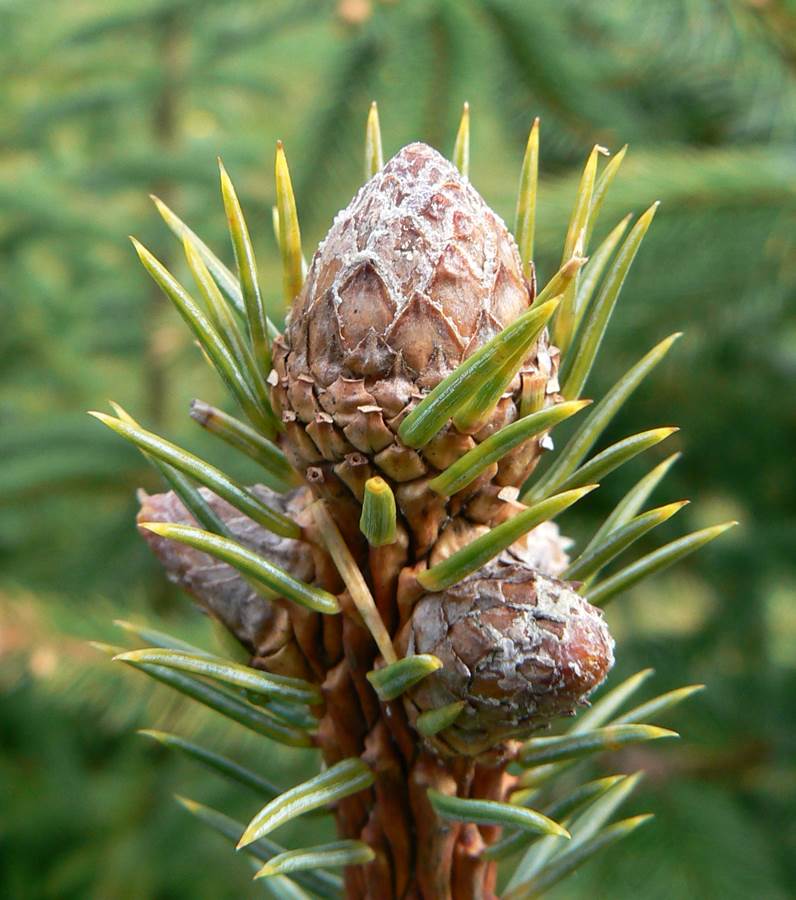 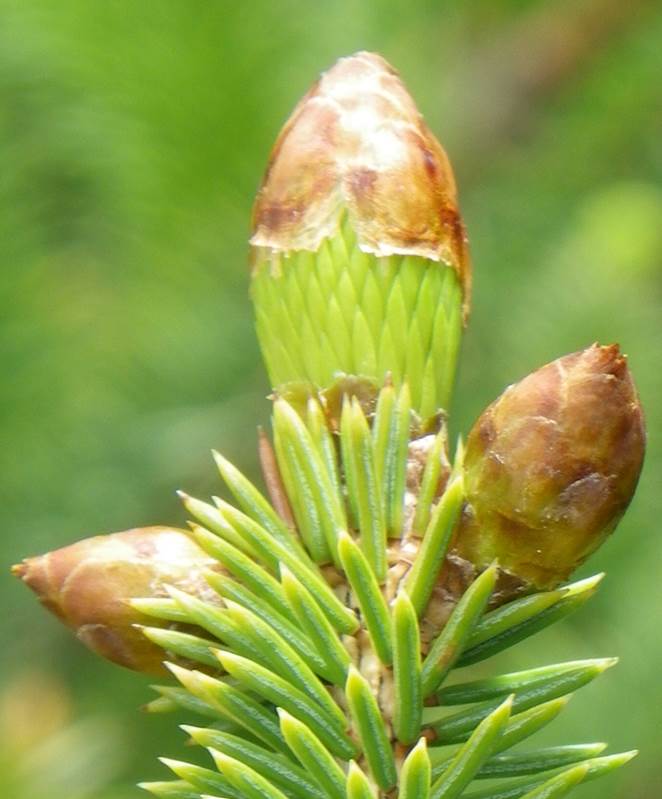 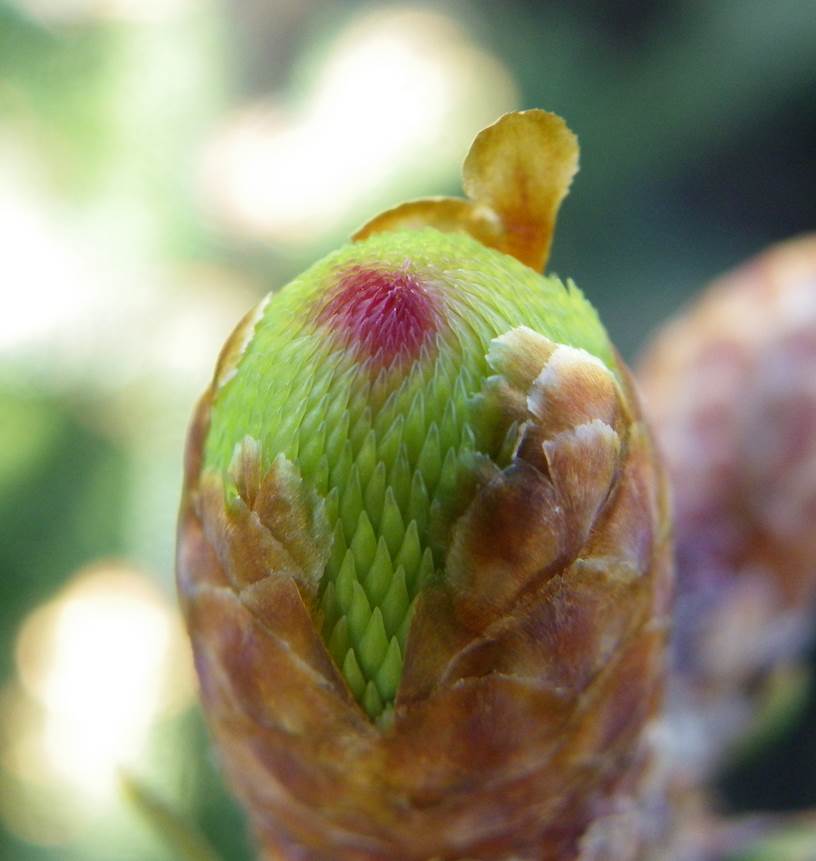 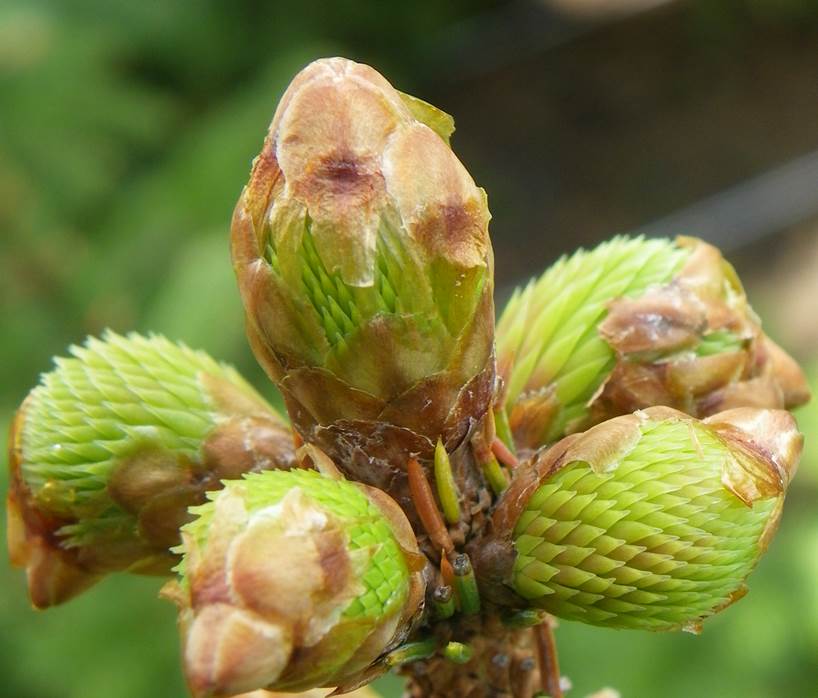 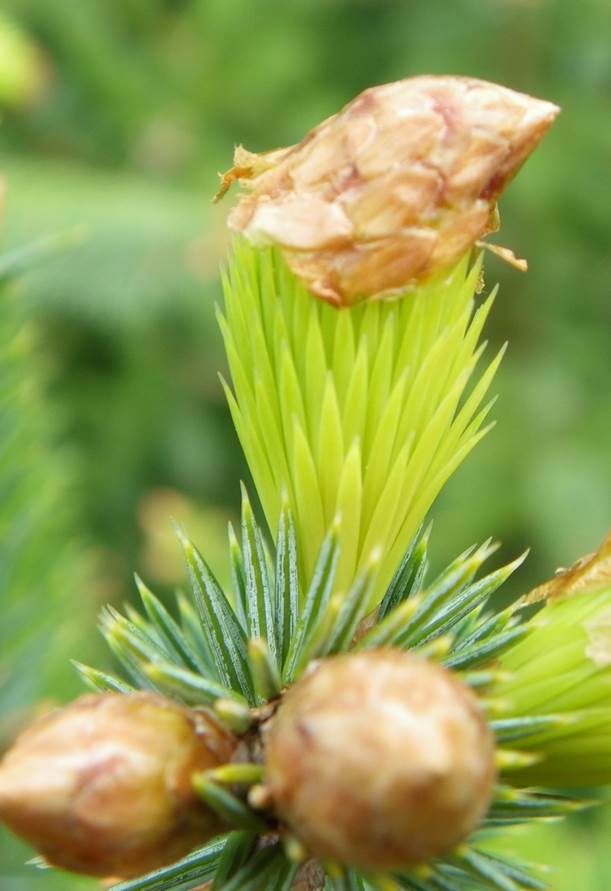 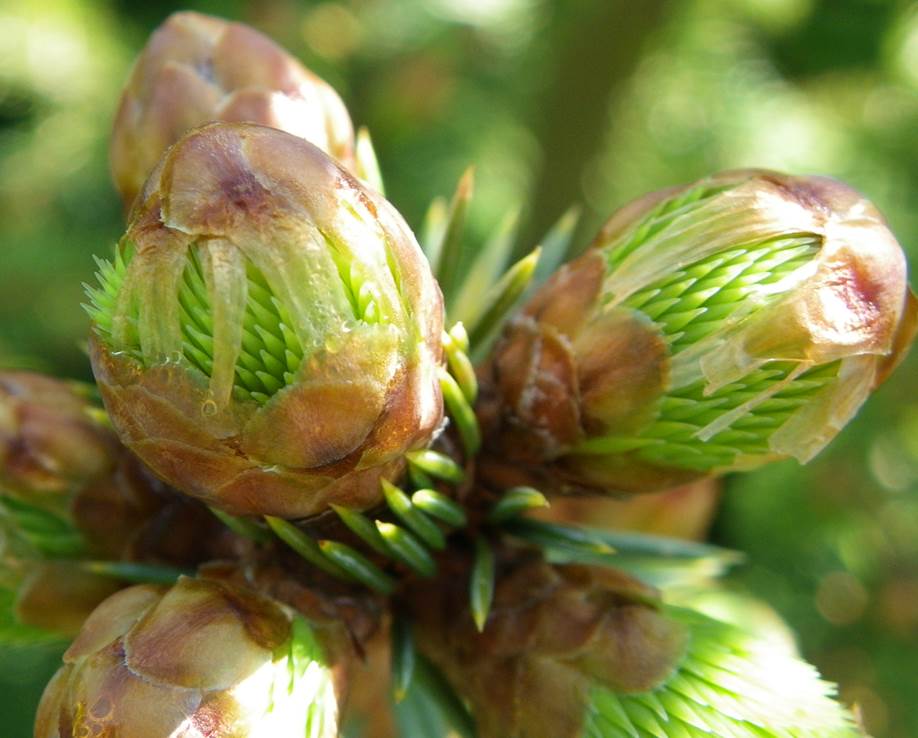 Happy summer of fascinating discoveries to all biologists!