Well… maybe not exactly, but it still could be something. A paper was recently published about a star about 1, 400 light years away named KIC 8462852 that has been apparently dimming its lights on and off. Every couple of months the light dims to 80% and then returns back to normal. What’s causing this star to dip its lights? The first thing I think is that there’s probably some orbiting planet that blocks the light as it goes by the star, right? Wrong. In fact, according to scientists, a planet the size of Jupiter would only block about 1% of the light (for scale incase you were curious, Jupiter can fit almost 1, 300 Earths). Okay so if it’s not a planet, even one the size of Jupiter, then what could it be? Perhaps an alien megastructure.

There’s been a lot of speculation in the alien finding community that perhaps the sun’s light is being blocked by some sort of alien megastructure used to harness the suns energy. It blocks the light from the star as it goes by, and therefore causes us to see the light as dimmed.

It’s a cool thought but how would you go about investigating ?

Lets say for example that there is a megastructure. A structure that large would definitely have transport ships flying to and from it, and those ships would emit radiation. We’ve got large dishes set up all across the globe to help search for these fluctuations in radiation. So far however, they’ve turned up nothing. We’ve made attempts to contact extra-terrestrial life with both Voyager One and Two. They were loaded with phonographs called the Voyager Golden Records  which described the basics of human kind, and were sent across space emitting a certain frequency so that it would be easy for any nearby alien life to find. This is the principle behind the second method for investigating the presence of an alien megastructure: listening for broadcast-like radio signals. Cover of the Voyager Golden Record.

As with the radiation, various dishes located across the globe searched for signals. A large range of frequencies had been checked, but found nothing. This may have been due to the fact that our equipment cannot detect signals that are being sent, or it could simply mean that there is in fact no alien megastructure.

There is one other plausible, more-likely theory proposed however; a bunch of comets and other debris are orbiting the star. But, that just doesn’t seem to have the same ring to it as aliens do. I just really hope it’s aliens.

If by some chance it is actually aliens, do you think we should try to make contact with them? What if like any Sci-fi horror movie the aliens end up invading and taking over?

Below is a video that summarizes it all up: 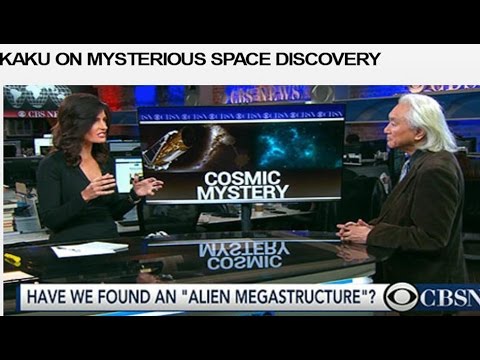