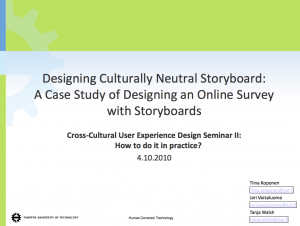 The focus of my weblog entries from here forward will be to explore aboriginal access to technology by looking more closely at digital divide and digital literacy issues, discuss what is unique about aboriginal access and tie in the aboriginal tradition of story telling.  My un-researched opinion currently is that I would guess that the digital divide in aboriginal communities is greater than in most other communities.  I believe that the oral tradition of aboriginal communities, and the strong tradition of story telling has likely served as a backbone for culture history and because it has trumped the written word for so long it has also, perhaps, delayed the adoption of digital means of cultural transmission.  As pointed out in our first module, however, these digital transmissions are not culturally neutral in of themselves.  This is another aspect which can be tied into the discussion of aboriginal education and the digital divide.  To this end, my next posting to share communally relates closely with this topic.

This survey completed by stats Canada in the winter of 2004 highlights deficiencies in internet access and online skills for aboriginals.  This ties directly to the notion that the digital divide is more acute in aboriginal communities and will connect well with my research topic.