Google+ is a social networking service developed and maintained by Google themselves. Google+ hit the market in 2011 and since then has grown into the second largest social media platform world wide. Facebook is still the king of social media at around 701 million active users, but Google+ has been quickly gaining with an approximate 360 million users.

Google has many features which include: 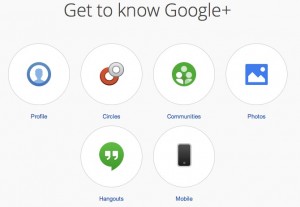 Google+, as a tool, is being used more and more in many different domains including business, photography and most importantly Education. The following slideshow shares a few of the ways in which Google+ can be used in the classroom and between educators around the world.

25 comments on “Introduction to Google+”