Most of the data are in points and don’t necessarily overlap in space (e.g. a point with fire incident information but no pest infestation information). To obtain continuous coverage of variables across BC, data need to be spatially interpolated. There are many different kinds of techniques for spatial interpolation: IDW (inverse distance weighted), spline, kriging and others. Each method has its pros and cons.

(Here are some simple explanations of the three different techniques from ESRI) IDW uses neighbouring points to interpolate a location’s value. Each neighbour’s weight of influence to the interpolated location is inversely related to its distance to the location. Spline generates a smooth surface by constructing two-dimensional minimum curvatures. Kriging is similar to IDW and Spline in the sense that they are based on the Tobler’s law (relationship decreases with increasing distance). But unlike IDW and Spline, it is based on statistical models. Kriging includes spatial autocorrelation between neighbouring points at distances. In another words, two neighbouring points with exact same distance will be weighted equally in the IDW method but can be weighted differently in Kriging.

Data in this project were spatially interpolated with Kriging (ordinary spherical) because we expect many of the data are highly spatially correlated (eg: precipitation, temperature, wind etc.). Although mountain pine beetle infestation can occur randomly in space, our investigation of the original point data indicates that there is sufficient amount of spatial autocorrelation to justify the use of kriging interpolation instead of a simpler IDW interpolation.

The primary attraction of using a coarser resolution for the analysis is the limitation of computational power. There are lots of points/cells considering the size of the area of interest (944,735 km²). However, if the spatial resolution is too coarse, representation of some highly spatially varying elements maybe distorted. For example, temperature and precipitation can be highly variable in mountainous areas due to the complex topography (i.e. micro-climates). This variation maybe lost during the procedure of aggregation that reduces spatial resolution. 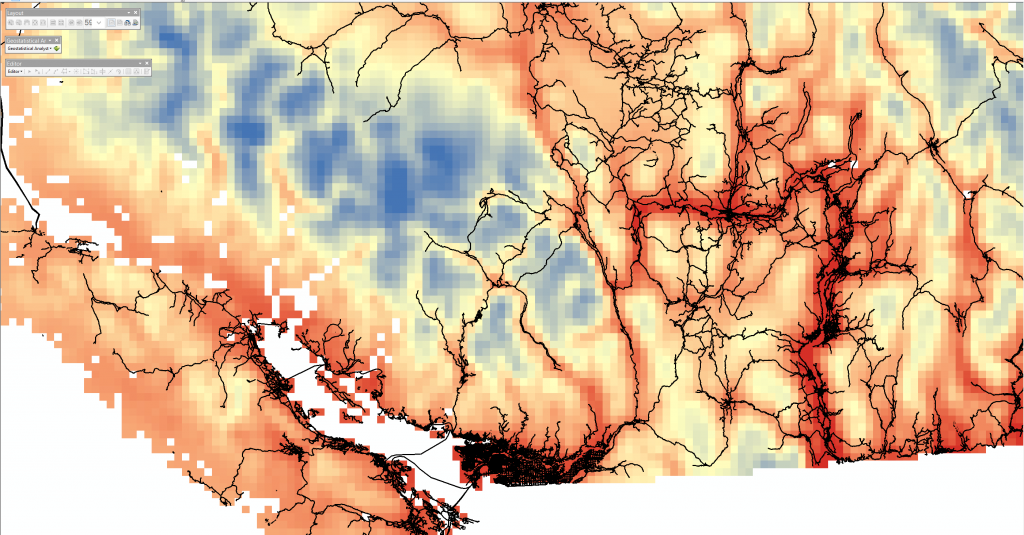 Original data are clipped with the BC DEM as some data points occurred outside of BC. Some obvious error points are removed by manual identification. For example, the original fire dataset suggests there was a fire in the middle of the Hecate Strait.

Some data are in polygon; for example, the historical fire perimeter. The Arctoolbox “Zonal Statistics” is used to calculate the mean of each topographic or climate parameter in that area covered by the polygon.

Because aspect generated by ArcGIS is in azimuth angle that can not be used in a linear model, it is split into two variables, Easting and Southing. Each location’s aspect is assigned with an Easting membership (1=East & 0=West) and a Southing membership (1=South & 0=North) using the Fuzzy Membership tool (Gaussian distribution with 0.0001 spread) in ArcGIS. Any aspect can be represented by a combination of Easting & Southing: 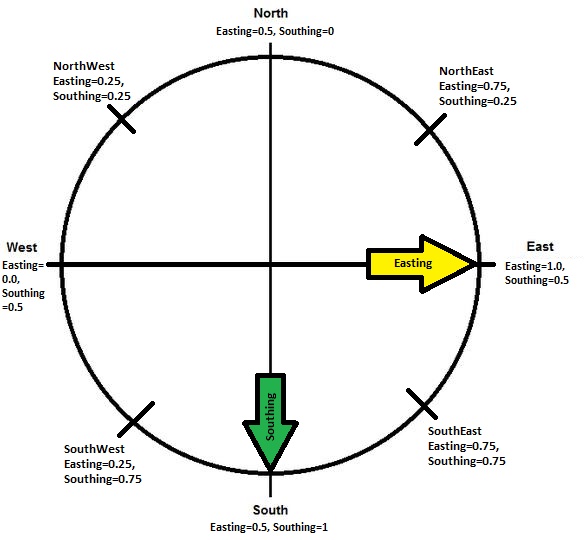 3D surfaces were constructed in MATLAB to compare the influence of each factor on fire size. The range of data of each factor is constrained by observed data. 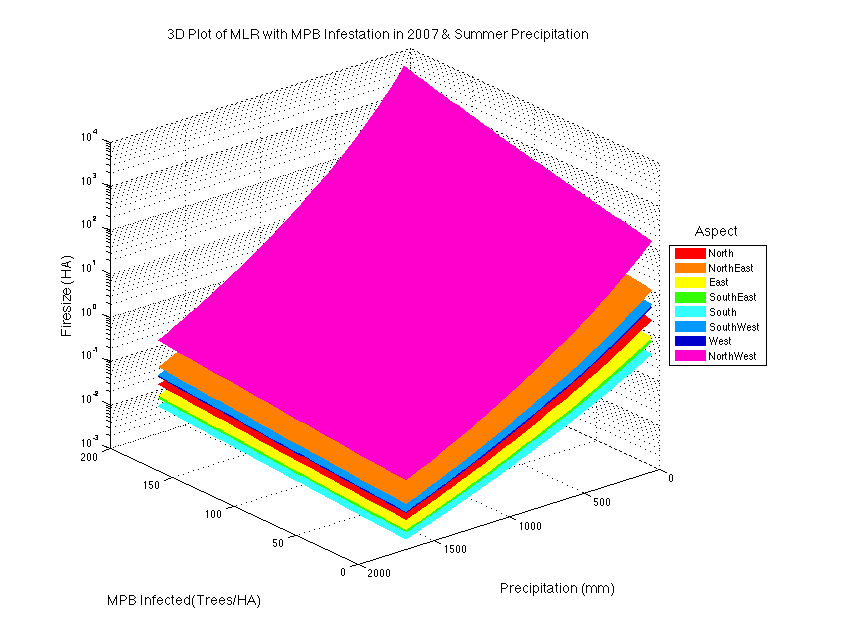