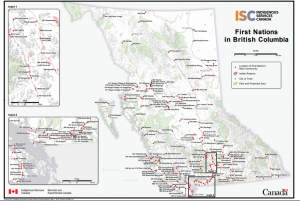 For a larger version of the First Nations in British Columbia Map, click here. 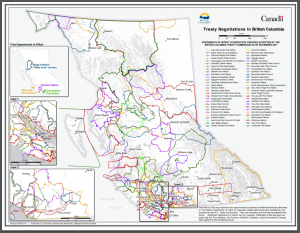 For a larger map of the treaty areas, click here.

The two routes have intersected treaty lands of the Coast Salish peoples, in particular route two beginning in North Vancouver will impact the Tsleil-waututh in Deep Cove (number 51) on the North Shore and the Squamish Nation (number 41) in the Sea to Sky corridor. It may also impact the In-SHUCK-ch Nation (number 19) north of Iron Bay. Route one beginning in West Vancouver may infringe on the Shishalh first nations or the Sechelt Indian Band (Number 39), the Musqueam Nation (number 31),  the Katzie Indian Band (number 21), and the Squamish Nation (nubmber 41) in the Sea to Sky corridor and West Vancouver. 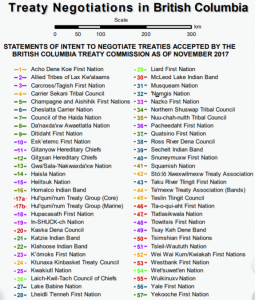 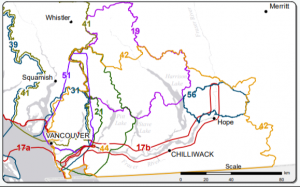 For a PDF of the above  First Nation Treaty Inset 2, click here. 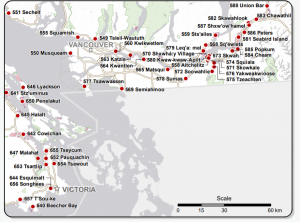 For a PDF of the above First Nation Main Communities map, click here.

All of these groups would need to be consulted through an environmental assessment process by the Province of British Columbia, the Government of Canada, as well as by the proponent (Impact Assessment Act, 2020).