The United Nations Human Rights Committee (the Committee) recently concluded its 130th session, which was conducted entirely online. The Committee is responsible for interpreting and applying the International Covenant on Civil and Political Rights (ICCPR), an international human rights treaty that came into effect in 1976. As of September 2019, 179 countries have signed onto the ICCPR. 151 of those countries have also acceded to the ICCPR’s First Optional Protocol, which authorizes individuals to submit complaints, called individual communications, to the Committee if they believe a country has violated their Covenant rights. 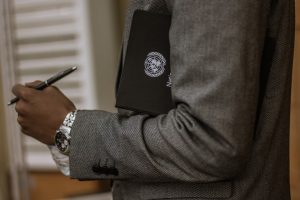 Photo by Ilyass Seddoug on Unsplash

One common issue which frequently arises in individual communications brought to the Committee is the scope of the right to freedom of expression, which is protected by article 19 of the ICCPR. Article 19 provides that:

(a) For respect of the rights or reputations of others;

(b) For the protection of national security or of public order (ordre public), or of public health or morals.

This past session, the Committee reviewed a number of individual communications which alleged that article 19 rights had been violated. Many of these recent cases concerned expression that criticized states and their governments, and often called for a change in political leadership and action to create that change. Some claims were brought by protestors who were arrested, imprisoned and threatened for their demonstrations, while in other situations, organized groups like civil society organizations or political parties complained of being prevented from participating in the country’s political life due to restrictions on assembling to discuss ideas, or limits on the ability to properly register their organizations to receive funding or participate in elections. In all of the cases, individuals maintained that the restrictions imposed on them were excessive and unnecessary to address any potential threat their expressions posed.

In response to the alleged article 19 violations brought before the Committee, some state parties attempted to justify their actions by claiming they were protecting national security, arguing that doing so is permissible and justifiable under the Covenant. Article 19(3) provides that states can limit the right to freedom of expression through regulation, but only for the purposes of “respect[ing] the rights and reputations of others” and protecting “national security” or the “public order.” The Covenant provides no definition of “national security”, and some states defended their actions by arguing that the concept should be broadly interpreted. The cases therefore raised the following contentious issues: what is an expression that could realistically harm a country’s national security? What limits on an individual’s freedom of expression are appropriate to protect national security? 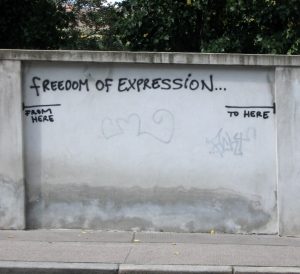 The Committee’s general comment 34, an interpretive guide to the right to freedom of expression adopted in 2011, provides some assistance with answering these difficult questions. It establishes that the protection of national security is a legitimate aim which can sometimes justify restrictions on freedom of expression. However, a state must consider whether the expression in question actually posed a substantive threat to the country. For a limitation to be justified, an individual’s expression must be capable of causing tangible harm to the nation. A mere criticism of a government or, for example, statement of support for a hostile country would not suffice; the expression must constitute a specific, identifiable threat. For example, perhaps an individual has power and influence over a group of people who are inclined to do whatever he or she asks. In this situation, if said individual told the group to commit an act of terror or overthrow the government and the group was capable of doing so, limits on this type of expression would likely be justified.

Even when permissible, restrictions on freedom of expression must be both necessary and proportionate. Thus, when deciding whether freedom of expression can be limited on the grounds of national security, the Committee must also consider whether it was possible for the relevant state to employ a different, and less restrictive, measure than the one actually used to neutralize the alleged threat. The Committee’s general comment 27, which explains how the Committee evaluates proportionality, including in freedom of expression cases, states that “restrictive measures must conform to the principle of proportionality; they must be appropriate to achieve their protective function; they must be the least intrusive instrument amongst those which might achieve their protective function; they must be proportionate to the interest to be protected.” If it is possible that the threat could be diffused without limiting an individual’s freedom of expression or infringing upon another Covenant right, the state must do so. For example, if someone is imprisoned for a remark he or she made on the grounds that the remark threatened national security, the relevant state must prove that imprisonment was the only way the threat stemming from the remark could have been neutralized. Otherwise, the state will have violated the individual’s rights under article 19.

During this past session, the Committee has once again encountered cases of states invoking national security as a justification for silencing political opponents, attempting to shut down unpopular ideas and undermining democracy. It is therefore more important than ever to reinforce the values protected by article 19 and the role they play in creating free and democratic societies. While national security can be an important aim, if it is used uncritically to restrict freedom of expression, this will weaken, not reinforce, social stability. This is because social improvement requires a free exchange of ideas, which may come from non-traditional sources. If alternative voices are not heard, this will impede the exchange of beneficial information and prevent positive change that creates developed and thriving societies. In most instances, therefore, freedom of expression is not in conflict with national security – it is key to realizing it.

Malika Dhalla is a 2L student at the Peter A. Allard School of Law and is working with IJHR Clinic as part of the UN Human Rights Committee team.