Shortly after completing my December exams, I boarded a plane to Christchurch, New Zealand, where I’ll be studying second term. While school doesn’t start here until February, I thought I’d give myself a little extra time abroad to unwind and take a little time to myself. As I sit in the sun sipping a nice cold beer in the New Zealand summer, I am pretty thrilled about my choice.

I am in second year, and not many students go abroad in second year due to summer positions and the opportunities that present themselves for employment throughout the year. While this exchange will  prevent me from working at a law firm during the summer, it will allow me to branch out, gain a different perspective on the law, and will give me all of third year to seek out employment opportunities. There are definitely a few things to weigh when considering a second year exchange, but depending on your motivations, it’s definitely workable.

This is actually my second exchange in New Zealand; I spent a year studying at the University of Otago during my undergraduate degree. I have returned because of the strong ties I established to the country, and I am eager to reconnect with the many wonderful friends I met here the first time around. I could not recommend an exchange more, and know that I will find this experience to be as valuable as the experience I had in 2007. 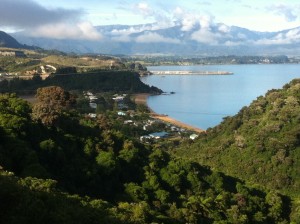 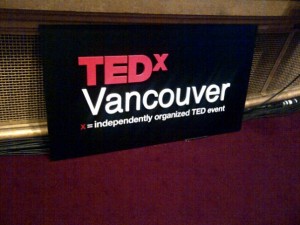 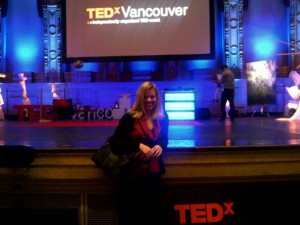 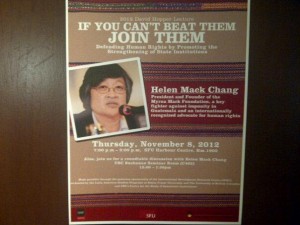 December exams are looming and, unlike the feeling of elation in the air that comes with end of classes (circa undergrad), I can definitely sense a general feeling of panic.

Many of us are madly crafting, condensing, and codifying our CANs. Many more are revisiting past exams, hoping for some sort of indicator as to what the professor wants. Others, including myself, are de-stressing by visiting therapy dogs, eating cookies, and getting massages (thank you, We Love Law Students Week!). 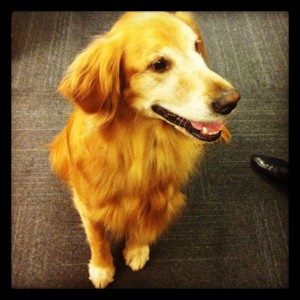 Meet Bailey, who was sweet enough to volunteer to help stressed-out law students unwind during We Love Law Students Week.

Of course, 1L December exams are fail-safe. I’m thinking that this like an exam dress rehearsal. The techniques used to prep for these exams will hopefully come in handy for the rest of law school, and I will get a sense of study techniques that do/do not work. I will get an indicator of my understanding course material at a point-in-time. Come April, I might even feel just a little more confident when it really counts.

I still remember how nervous I was for my very first university exam: a midterm for Economics 101. I triple-checked my calculator was in working order, I armed myself with spare pens, and I was flipping through cue cards even as I was walking into the exam room (yes, I’m one of those).

Now, I am under no illusion that law school exams will be like undergrad midterms, but my point is that, as a law student, you likely did [very] well on your undergraduate/graduate exams (and who can forget the LSAT?) to get here. Try not to be too nervous. I daresay, hakuna matata.