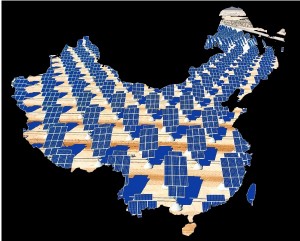 China as one of the world’s largest  manufacturing country, is again accused of dumping products on the international market, which means selling it below the production price.

This time, 25 solar gear producers in Europe have filed complaints to the E.U. about Chinese companies selling the products to other markets at a lower price than they charge in China; rather making losses just to drive out competitors out of the market. The US has also been taking similar actions against Chinese solar panel producers.

But why can’t China just simply have a comparative advantage in manufacturing products, thus being able to sell them at a lower price? Dumping or not is very hard to determine but its seems like China is blamed every time they have an advantage in competing on the international market. Labour is cheap in China, and I think its very reasonable for them to be able to produce something at a lower cost. If China is capable of competing by selling products cheaper, even if it means making loss, why can’t they? Its not the problem of China or Chinese companies that firms in other countries are not able to do the same.