Austin and Brandon at Eastside Works

What do you get when you pair a philosophy major turned social worker with a musician turned urban planner? The result appears to be people who see a value in non-linear pathways and who think “outside the box.”

We caught up with Austin Lui (the urban planner) and Brandon (his social work practicum student) at Eastside Works to talk about their work together.  Eastside Works, located on East Hastings Street, provides employment services to downtown eastside (DTES) community members. Through trial and error, they’re learning what residents want—and it’s not just a paycheck. People living in poverty, just like the more affluent, want meaningful work. Austin shared the example of their Park Stewards Program, which contributes to workers feeling valued and socially connected as members of the DTES. This value comes in large part from the relationships community workers have with park patrons—they’re more respectful toward patrons than city workers might be—and patrons respond in kind.

Brandon and Austin at Eastside Works

Eastside Works is trying to develop more opportunities like this—work that counters social isolation as well as providing financial rewards. They’re also involved in bringing frontline workers together to link up DTES services, something they’d also like government agencies to do more of.

Our conversation with student and mentor made it clear that the small staff of Eastside Works is doing a great job of modeling positive workplace relations for their young apprentice. Brandon describes the staff as a “tightknit group” whose main expectation is that he learns about the organization and the “ecosystem of services” in the community. Austin adds that they want students to contribute to critical conversations about what’s working in the space and what isn’t. The staff carves out space in the week for this purpose.

Brandon takes his responsibility as critical thinker seriously, commenting that when he first started his practicum he was skeptical about whether the work would align with his values. Frankly, he wasn’t sure about the idea of pushing people into work, when the outcomes weren’t likely to address the core problem of poverty. But through his experience, he began to see the importance for community members (and for himself) of work beyond a paycheck.

I came away from our meeting thinking about the need for “joined up policies” and the need to bring issues that aren’t on policy tables into the spotlight. But most of all, I left feeling like while there may not be easy solutions, the space created for discussion amongst agencies, and between staff and students, contain rich ingredients for successful partnership. 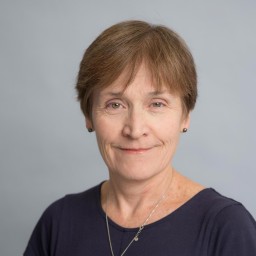 I'm a faculty member in Educational Studies who's interested in Community Engaged Learning.