In wake of the 9.0 magnitude earthquake and tsunami which struck Japan on March 11, there have been 6,911 deaths, 2,409 injured, and 10,692 people missing (Wikipedia, visited on March 18th 2011) as well as immense property damage. However, these figures will pale in comparison to the casualities that could result if Japan does not act now to prevent the looming disaster it is now facing. Due to the tsunami flooding backup power stations, six nuclear reactors of the Fukushima power plant had malfunctioning cooling systems, threatening a nuclear meltdown. Should the reactors leak out its radioactive fuel before they have cooled down, radiation levels in the atmosphere may become lethal to residents and possibly a global health threat.

The radiation leaking out of the reactors poses a health risk. The strong radiation emitted from nuclear reactions are able to ionize atoms by knocking electrons out of their orbitals. Nuclear radiation becomes a problem for humans if DNA molecules become ionized by this process. The molecular bonds in DNA may be destroyed either by direct ionization from radiation or by being disrupted by nearby ionized water molecules. The resulting mutations may cause cells to lose their function and die, or the cells may survive but lose their ability to control cell division, causing tumors. On Tuesday, the radiation inside the power plant had reached 400 millisieverts (mSv) per hour, which is many times past the 50 mSv annual limit for nuclear power plant workers. Exposure to high radiation increases the likelihood of cancer and if a person receives 1000 mSv within 24 hours, they may experience radiation sickness from the large number of cells dying. Residents within a 80km radius of the reactors have been evacutated for safety.

Video for an explosion that occured at one of the reactors:

According to the news, radiation from the nuclear crisis in Japan should be reaching the West Coast at some time today, but it should be so diffuse by the time it reaches North America that it will have no health effects at all.
Resource for the effects of radiation:
http://www.hss.energy.gov/HealthSafety/ohre/roadmap/achre/intro_9_5.html 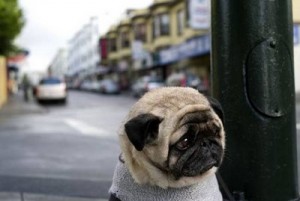 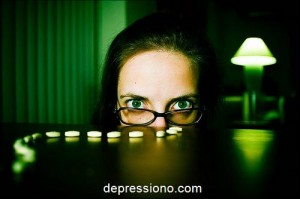 “Do bugs need drugs?” How about pigs?

Small cuts and bruises are not much of a concern to present-day people. After all, they’re “just a scratch”; if they cause complications later on, the doctor can prescribe some drugs to fix them right up. Unfortunately, society might not be able to afford to keep such carefree attitudes to small injuries in the near future. With the emergence of “super bugs”, bacteria with high resistance to antibiotics, treatments for bacterial infections are becoming increasingly less effective. Over the years, the widespread use of antibiotics to cure minor injuries and infections have been selectively making bacteria stronger against common prescription drugs.

However, doctors are not the only cause for the rise of super bugs. In a recent study, Ludek Zurek et al. (2011) found that intestinal bacteria in the pigs of animal farms are very antibiotic resistant. This is almost certainly the result of farmers routinely adding antibiotics into swine feed to use as both a growth promoter and a defence against harmful bacteria and parasites. Already, several strands of the gut bacteria are immune to multiple types of antibiotics.

Although bacteria in pork is not dangerous as long as the meat is properly cooked, Zurek’s research suggests that infectious bacteria may be indirectly transferred to humans from pigs through insect carriers. In the same study, the researchers found that house flies and German cockroaches, which both feed on pig feces, have the same antibiotic-resistant bacterial strains. Through these commonplace insects, disease can potentially transfer from the pigs to humans.

The consequences of using antibiotics in animal farms is two-fold. The immediate effect is encouraging bacteria to evolve into more antibiotic resistant variants, and thereby making bacterial diseases more difficult to treat. Antibiotic use in farms also poses the danger of new infectious super bugs being transferred to humans by insect carriers such as house flies and German cockroaches. The use of antibiotic-containing swine feed should be reviewed to determine if the benefits outweigh these repercussions.

Comments Off on “Do bugs need drugs?” How about pigs?