When deciding which city to live in, most of us probably consider the neighborhood, convenience, livability, along with other related factors. However, most of us do not consider the elevation of the city. Ironically, this factor could be the most important because it could potentially affect one’s health. 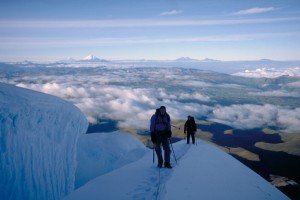 In a recent article published by Science Daily (which can be found here), they reported a study that was conducted by researchers at the University of Colorado, School of Medicine, in partnership with Harvard School of Global Health. In this study, researchers claim that living in places with high elevation or altitude can lower the chance of dying from ischemic heart disease and increase one’s life expectancy as well.

The four-year study was conducted by analyzing death certificates from various parts of the U.S. The researchers examined cause-of-death, socio-economic factors and other issues in their research. They found that on average, people that lived in higher altitudes had higher life expectancies. Although, they also said that above 4,900 feet were detrimental.

At higher altitudes, oxygen is not as freely available, hence the body has to accommodate and adjust to this abnormality through a variety of ways. It appears that one of the key ways of coping is through the expression of certain genes. These genes are only expressed at high altitudes and they may influence or change the way heart muscles function. Hence, the heart is able to function more efficient and at the same time new blood vessels that can create increased blood flow into the heart are also produced. Furthermore, the researchers claim that increased solar radiation due to the high altitudes can help the body synthesize vitamin D more efficiently, which has also been shown to have beneficial effects on the heart and prevents certain types of cancers.

However, the researchers also mentioned that when socio-economic factors, solar radiation, smoking and pulmonary disease were taken into account, the net effect of altitude on overall life expectancy was negligible. This essentially means that the results of the study are inconclusive and altitude may or may not affect one’s health. 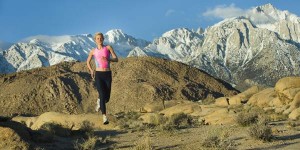 Nevertheless, I know that some athletes purposely train at higher altitudes. They do this because it can increase their red blood cell volume. This way, when they travel to competitions at lower altitudes they will still have a higher concentration of red blood cells, which will give them a competitive advantage. Even though, the results may not be conclusive, it is still an interesting area to study, and perhaps it could lead to new discovers for rehabilitation medicine. In the mean time, if you ever decide to move to a new city, just keep the elevation in the back of your head, and remember that it could potentially affect your health.