From the boardroom to the legislature, an important policy debate is taking place. Even though it has the potential to fundamentally reshape nearly every aspect of our modern digital lives: how we connect, communicate and entertain ourselves, the public remains woefully misinformed. The debate is over Network Neutrality, and the related issues of packet prioritization and usage-based billing. In recent years, ISPs who have traditionally just provided network-access have become increasingly interested in “value-added” services, such as internet-telephony or IPTV. Rather than having these services compete on merit, many ISPs have decided to degrade the network performance of competing offerings, prioritize their-own traffic, and to limit monthly bandwidth. Net-neutrality is the opposite of all that. It is a network design principle mandating that all packets, or parcels of data, should be treated equally, sent or received on a first come first service basis.  A carrier should not be allowed to prioritize traffic.

I was reading an article on Google News the other day (Internet groups criticize CRTC bandwidth ruling) and upon browsing through the comments was struck by the misinformation I saw.  Network carriers such as Bell Canada (TSX:BCE) and Verizon (NYSE:VZ) have somewhat successfully argued that these network-management techniques are required to justify investment in expanded infrastructure, with John Thorne, deputy general counsel for Verizon being quoted as saying that: “The network builders are spending a fortune constructing and maintaining the networks that Google intends to ride on with nothing but cheap servers.”  The debate has been manipulated so that the battle for bandwidth looks appears to be pitting the everyday citizen trying to access their email and the college student down the block using P2P programs 24/7. While arguments such as this have some merit, they are for the most part facetious, have severe long-term consequences and from a public policy point of view not well thought out.

Part of what has made the internet-era so incredible is the dynamism that comes from enabling anyone with a great idea to reach the entire world. Take a moment and think about how the web has changed your life for the better.  Think of the products and services you use most often. Now imagine a world without them. Let’s say your ISP, which has an IPTV service, has decided to cap your monthly download limit and charge overage fees, while allowing you to access their IPTV services for no extra charge. Companies like Netflix and YouTube just couldn’t compete.  They’d be priced out of the market.  Or what if large incumbents could pay for priority access; services such as Skype might be given a lower priority then your ISP’s VOIP service. You forgo Skype not because it’s an inferior product but because its call quality has purposefully been degraded. For these reasons, amongst others, it is essential that the public be well informed about the facts surrounding network neutrality and how this seemingly trivial policy debate has the potential to dramatically alter the world’s economic landscape for decades to come. 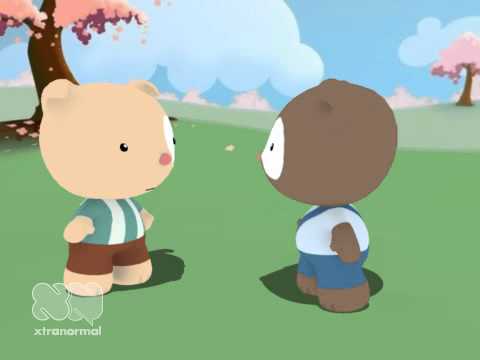