Has The Mystery Of Why Hot Water Freezes Faster Than Cold Water Been Solved?

The phenomenon that warmer water freezes faster than colder water has baffled scientists since ancient times. This paradoxical observation is known as the Mpemba effect, after a Tanzanian student who, much to his surprise, found that hot ice cream mixture cooled faster than cold ice cream mixture. After centuries of inadequate explanations, a team of scientists, led by Xi Zhang at the Nanyang Technological University in Singapore, claim they have uncovered this ancient mystery. 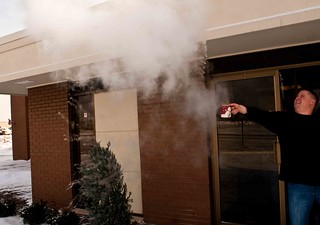 .
So, what is the cause of this strange effect?

Zhang and his colleagues have found evidence which suggests that the Mpemba effect can be attributed to the unique properties of the hydrogen bonds that hold water molecules together.

Cooling occurs when thermal energy is lost to the surroundings. The additional energy lost through the relaxation of O-H bonds causes warmer water to cool faster than colder water.

Researchers calculated the additional thermal energy lost by covalent bond relaxation and found it to exactly account for the different cooling times of the warmer and cooler water.

Although this explanation is very convincing, Zhang and his colleagues have yet to use this new theory to explain another property of water. So, while the mystery of the Mpemba effect may have been solved, more work is needed before this theory can be fully accepted.