Jacen Dennis’ digitally animated and projected artwork links the creative process of animating to creating a meaningful relationship between his gender transition to his sister’s death, of connecting a new body to the past, and a past body to the future. He positions himself as a transmasculine artist who started transitioning shortly before his sister died of an unexpected overdose in late 2018.  His work explores the fact that he did not have the opportunity to recontextualize his relationship with his sister and how this impacts the parallel positive experiences in transitioning. Seen|Unseen is the final exhibition for his Masters of Fine Arts thesis at UBC Okanagan.

His artwork, it both nourishes and consumes expresses the joy of authenticity and gender euphoria in gender transition; what is seen on the surface of the body. At the same time, what is unseen, under the skin, touches on gender dysphoria.

The artwork seismic reversal represents gender transition and the sudden familial loss both existing together and existing separate. When viewing seismic reversal as a metaphor, the implied positions of the bodies at the graveside (standing over and buried under) are in opposition. Whether or not the earth is reversed to allow the one buried to stand once again, the implied bodies will never stand at the same time, one will always be horizontal in death.

The works the mark left on the carpet and her grass that grew thereafter contend directly with the sudden loss itself. Making the mark is the last action his sister took, but the animation imbues that horrific symbol with continued life. Her graveside in her grass that grew thereafter allows for exploration of the conflict between what is seen and what is unseen, under the surface.

The imagery for the artworks was derived through a process of active imagination, a process within analytical psychology, and constructed within frameworks of expressive art therapy. These methods have allowed unconscious thoughts to be surfaced through the artwork and facilitate healing through the creation thereof. Jacen’s animations are designed as slow and ambient works, ones that move through time and experience change gradually, reflecting his physical transition and process of grieving. 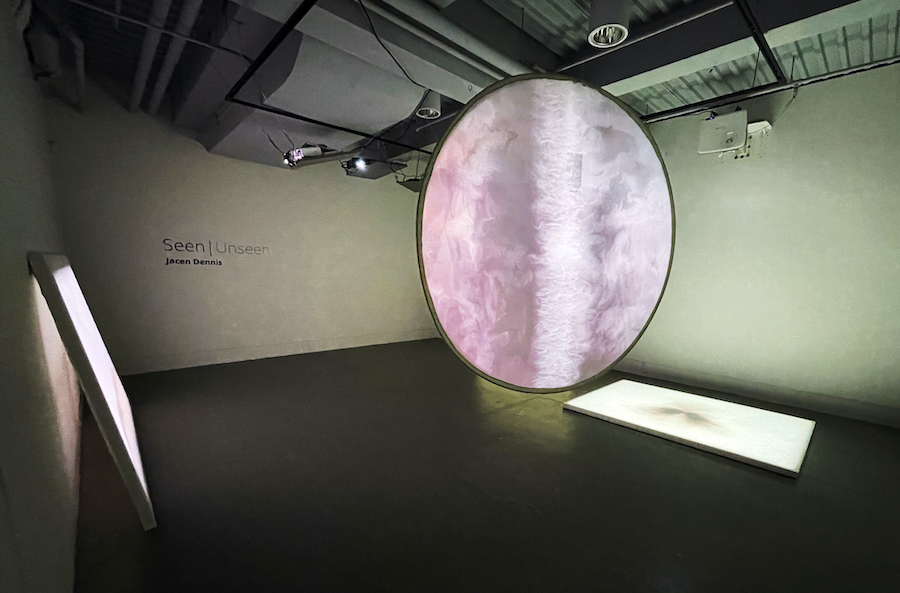 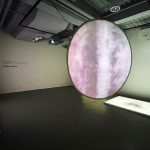 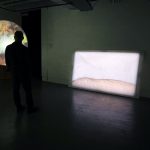 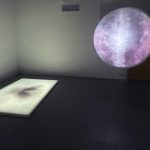