A couple of weeks ago I helped a UBC Law Ambassador lead a tour of a delegation of judges visiting from China. While preparing for the tour, I was able to learn much more about the architectural design of our building and how it is influenced by Aboriginal culture, paying tribute to the fact we are situated on Musqueam Territory. Here are just a few interesting things I learned: 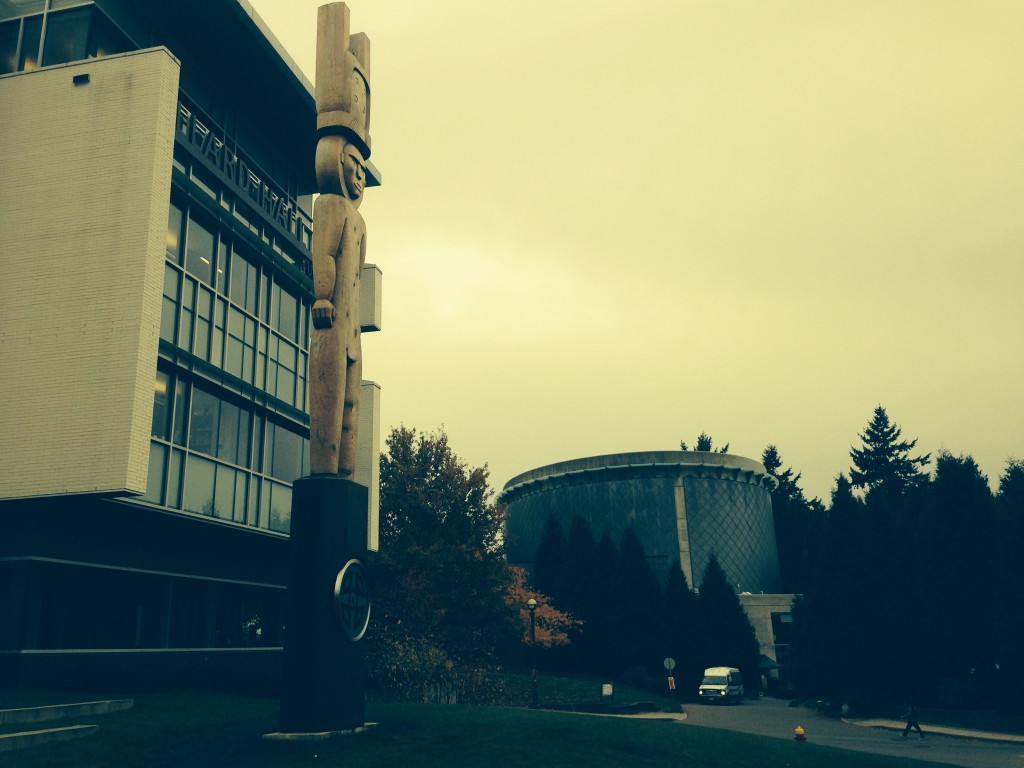 The north-facing totem pole was crafted by Musqueam artist Brent Sparrow and is a replica depicting the Musqueam warrior, Capilano. 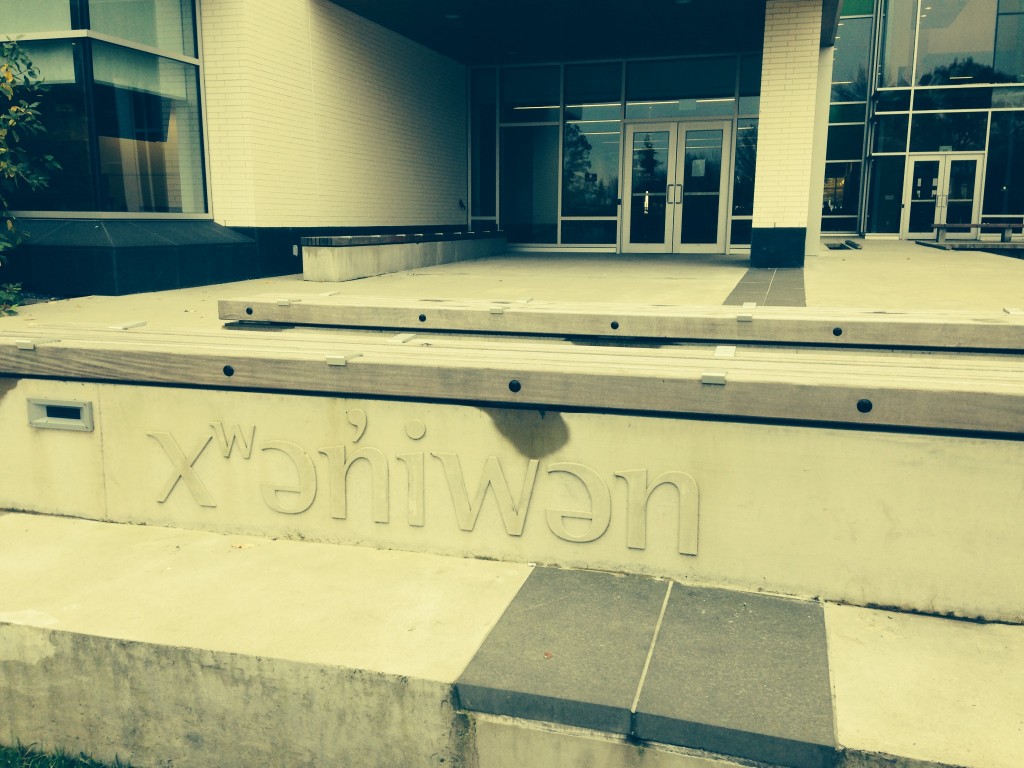 The Musqueam word for “remember” is etched on the bench by the totem pole. 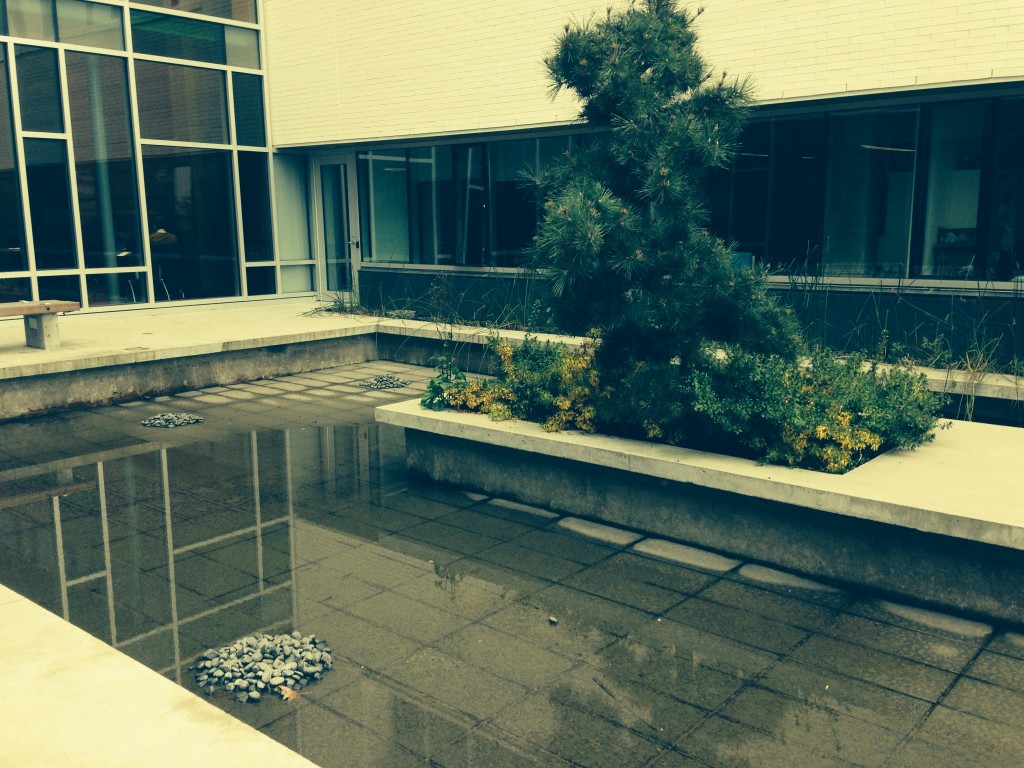 The pool on the north side of the building is known as the Reflection Pool. The area is surrounded by river grass, since the Musqueam are known as the People of the River Grass.

Needless to say, I was just as impressed as our overseas guests were with the cultural symbolism incorporated into the structural design here at our law school!