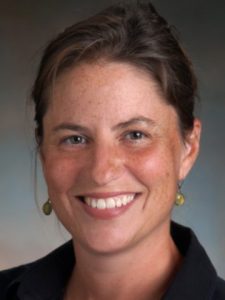 Elizabeth Marshall’s interdisciplinary scholarship critically examines representations of childhoods within texts produced for, marketed to, and/or consumed by youth. She has published articles on Little Red Riding Hood, girl activists in auto/biographical picture books, monstrous woman teachers, and coming-of-age memoirs. Marshall is the co-editor (with Özlem Sensoy) of Rethinking Popular Culture and Media. Her most recent book, Graphic Girlhoods: Visualizing Education and Violence provides a feminist analysis of violence in graphic texts for or about the girl.

With Kenneth Kidd (University of Florida) she co-edits the Children’s Literature and Culture series at Routledge, the oldest-running monograph series in the field. She currently works as the research and policy column editor for the journal Language Arts. Marshall is the vice president of the Association for Research in Cultures of Young People. 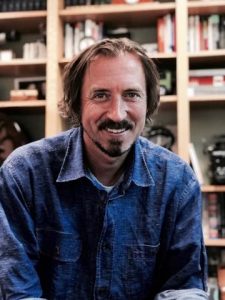 Jason Schmitt is a filmmaker, journalist and professor who concentrates his research toward online education impacting a global audience, open access relating to academic publications, and media industry future trends. As a filmmaker, he recently completed a grant-funded documentary, “Paywall: The Business of Scholarship,” for which he served as producer/director. The film has had 330 public screenings at institutions around the globe and an audience of over 100,000 have watched the film online.  He has given lectures in support of open access of research at venues as diverse as the United Nations, Erasmus University in Rotterdam, Netherlands, the University of Iceland, Massachusetts Institute of Technology, Princeton University and Dartmouth College.

As a journalist, he has written more than 70 pieces for outlets like Forbes Asia, the Huffington Post, EdSurge, BoingBoing, Slate, and EuroDoc.

He has two textbooks released in 2018: Purposeful Communication in the Digital Age and Speaking with a Purpose. Both books are published through Routledge. 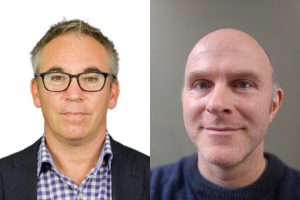 Andrew Klobucar, Associate Professor of English at New Jersey Institute of Technology in Newark, New Jersey is a literary theorist and teacher, specializing in internet research, electronic literature, and semantic technologies. He is the director of the graduate program in Professional Communication.

His writings on experimental literary forms and genres continue to analyze the increasingly important role technology plays in contemporary cultural practices in both print and screen formats. He has worked on developing software for writing instruction and written on the use of programmable media in classroom instruction. Other projects include collaborative research between NJIT and Princeton’s educational testing services (ETS) analyzing the use of automated assessment software for reliable academic placement.

His book information theory, poetics, and literary criticism, entitled, The Algorithmic Impulse: Programmable Writing and the Aesthetics of Information is forthcoming.

David Ayre is a software developer living in Vancouver, Canada. His current interests lie in leveraging Computational Linguistics research to further the exploration of writing and digital technology. David holds a BSc in Computing Science with a specialization in software engineering from Simon Fraser University.

What’s in your Toolbox? Literacies and Electracies in the Digital Era

Today’s online platforms carry an increasingly diverse array of tools and formats for text distribution. Consider together, these tools effectively “kindle” a profound revisioning of what it is to read. Where the printing press sponsored reading practices as primarily solitary activities, circulating multiple copies of a single text to ready individuals, electronic networks generate an inherently participatory model of shared reading and writing activities. Comparable to video and music streaming services, text distribution across platforms invites us to reconsider how we access language itself as a writable, and also readable medium. Addressing these changes more theoretically, literary critic Gregory Ulmer introduces the term “electracy” over “literacy,” in an effort to emphasize the transformative influence electronic media seem to have on modes of understanding, communicating, and most importantly, learning via digital textuality. This paper will review current digital interface and networking technologies for writing and reading online, underscoring the process of becoming more “electrate” as a both a participatory and performative practice. Our keynote presentation begins by demonstrating recent advances in online platforms and user interface technologies that continue to support a variety of collective remixing and combinatory exercises for writing and reading onscreen. After working through different aesthetic models based upon these exercises, and the regenerative, combinatory techniques they bear out, we will introduce our own prototype for digital writing software, “The Workbench,” a community based platform for algorithmic poetry, computational literature, and text analysis. The Workbench will easily exhibit how the “web” itself operates simultaneously as a communication tool and a multimedia production space, redefining, in the process, online aesthetic experiments in terms of active social relationships. Combined with the keynote address, the workshop will also emphasize the culturally disruptive role these tools typically play by challenging prior institutional discourses in writing in favour of new learnable, teachable electracies for our growing digital infosphere.