As global capitalism implodes there is has been a marked uptick in social upheaval worldwide and now establishment analysts are expressing their concerns about “class conflict” and “civil war” in the USA.

The financial crisis has sparked unrest globally and particularly across Europe, with demonstrations, strikes, and protests in 16 European countries. Here are a just a few examples:

High unemployment rates have led to protests in Latvia, Chile, Greece, Bulgaria and Iceland and contributed to strikes in Britain and France.

In December, Russian riot police busted up protests in Vladivostok against new taxes intended to “help prop up Russia’s domestic car industry and prevent people buying cheaper, imported products.” BBC reports that the protests were fuelled by the severe impact of the global economic crisis on Russia. According to Newsweek, “the Russian Interior Ministry set up a special command center in Moscow, packed with surveillance equipment designed to deal with street unrest. The Duma, on Kremlin instructions, added seven new articles to the criminal code including a law that makes “participating in mass disorders” such as the one in Vladivostok a ‘crime against the state.'” 800,000 Russians lost their jobs in December and January, making the total number of unemployed more than 6 million or 8.1 percent. Gennady Gudkov, former KGB colonel and current chair of the Duma’s security committee, said, “We are expecting mass unemployment and mass riots. There will be not enough police to stop people’s protests by force.”

There a have been massive general strikes in the French territories of Guadeloupe, Martinique, and Réunion. The general strike in Guadeloupe prompted the French government to fly in riot police (Guadeloupe is a French “overseas department” in the Caribbean). And while the general strike lasted 6 weeks—it ended on March 4 with an agreement among the strike collective, the employers federation and local and French governments, which granted 20 of the strikers primary demands and set out negotiations on a long list of remaining issues—strikes and protests continue, involving tens of thousands of workers.

The agreement to end the Gaudeloupe strike , called the “Jacques Bino Accord”, identifies the underlying cause of discord as “the present economic and social situation existing in Guadeloupe [that] results from the perpetuation of the model of the plantation economy”. An economy “based on monopoly privileges and abuses of dominant positions that generate injustices.” The accord calls for an end to these obstacles “by establishing a new economic order enhancing the status of everyone and promoting new social relationships”.

Just as the general strike ended in Guadeloupe, social unrest over economic conditions spread to Réunion (a French “overseas department” in the Indian Ocean).

There is a definite pattern developing world wide. And now, US elites are starting to worry about what might happen if the American workers take action as a result of their frustrations with massive economic inequalities. 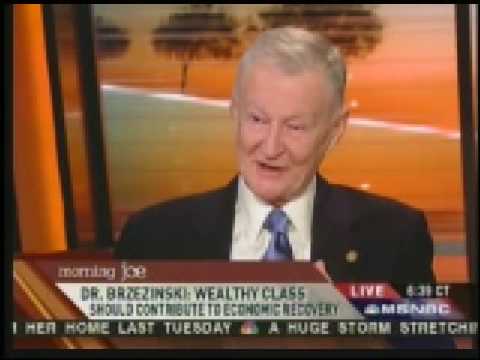 In his latest monthly commentary (Mar. 15, 2009, Commentary No. 253), sociologist and world-systems analyst Immanuel Wallerstein discusses the breakdown of taboos as the world’s economy continues to disintegrate.

He notes, for example, that “nationalization” of banks and industry is now being seriously discussed by establishment intellectuals and analysts such as Alan Greenspan, Senator Lindsay Graham, and economist Alan Blinder.

But Wallerstein’s most dramatic example of the breakdown of taboos is the open discussion of the possibility of class war breaking out in the USA. Wallerstein says that “after hearing nationalization proposals by arch-conservative notables, we are now hearing serious discussions about the possibilities of civil war in the United States. Zbigniew Brzezinski, apostle of anti-Communist ideology and President Carter’s National Security Advisor, appeared on a morning television talk show on February 17, and was asked to discuss his previous mention of the possibility of class conflict in the United States in the wake of the worldwide economic collapse.”

In Brzezinski’s interview with Joe Scarborough on MSNBC about his recently published book—America and the World: Conversations on the Future of American Foreign Policy, co-authored with another former National Security Advisor (to Gerald Ford and George H. W. Bush) Brent Scowcroft—Brezenzki was straightforward about the belief that class war in America is real possibility:

JOE SCARBOROUGH: You also talked about the possibility of class conflict.

ZBIGNIEW BRZEZINSKI: I was worrying about it because we’re going to have millions and millions of unemployed, people really facing dire straits.  And we’re going to be having that for some period of time before things hopefully improve. And at the same time there is public awareness of this extraordinary wealth that was transferred to a few individuals at levels without historical precedent in America…And you sort of say to yourself: what’s going to happen in this society when these people are without jobs, when their families hurt, when they lose their homes, and so forth?

We have the government trying to repair: repair the banking system, to bail the housing out.  But what about the rich guys? Where is it?  [What are they] doing?

Brzezinski went on to compare the current economic meltdown to the “Panic of 1907”:

It sort of struck me, that in 1907, when we had a massive banking crisis, when banks were beginning to collapse, there were going to be riots in the streets. Some financiers, led by J.P. Morgan, got together.  He locked them in his library at one point. He wouldn’t let them out until 4:45 AM, until they all kicked in and gave some money to stabilize the banks: there was no Federal Reserve at the time.

Where is the monied class today? Why aren’t they doing something: the people who made billions, millions.  I’m sort of thinking of Paulson, of Rubin [former treasury secretaries]. Why don’t they get together, and why don’t they organize a National Solidarity Fund in which they call on all of those who made these extraordinary amounts of money to kick some back in to [a] National Solidarity Fund?

“And if we don’t get some sort of voluntary National Solidarity Fund, at some point there’ll be such political pressure that Congress will start getting in the act, there’s going to be growing conflict between the classes and if people are unemployed and really hurting, hell, there could be even riots!

Wallerstein points out that “almost simultaneously” LEAP/Europe a European agency that issues monthly confidential bulletins for its clients—politicians, public servants, businessmen, and investors—devoted its February issue to global geopolitical dislocation, discussing the possibility of civil war in Europe, in the United States, and Japan; and foreseeing a “generalized stampede” that will lead to clashes, semi-civil wars.

“If your country or region is a zone in which there is a massive availability of guns, the best thing you can do…is to leave the region, if that’s possible.”

And Wallerstein also points out that, “the only one of these countries which meets the description of massively available guns is the United States. The head of LEAP/Europe, Franck Biancheri, noted that ‘there are 200 million guns in circulation in the United States, and social violence is already manifest via gangs.’ The experts who wrote the report asserted that there is already an ongoing emigration of Americans to Europe, because that is ‘where physical danger will remain marginal.'”

Wallerstein emphases that “these analyses are not coming from left intellectuals or radical social movements.…Verbal taboos are broken only when such people are truly fearful. The point of breaking the taboos is to try to bring about major rapid action – the equivalent of J.P. Morgan locking the financiers in his home in 1907.”

And US elites are obviously fearful enough to start planning for military responses to potential social upheaval as a result of the collapsing economy.

Last November, the US War College’s Strategic Studies Institute posited a number of  “strategic surprises” that the country should be prepared for, including potential for disruption and violence caused by the economy’s failure. The report Known Unknowns: Unconventional ‘Strategic Shocks’ in Defense Strategy Development, says “widespread civil violence inside the US would force the defense establishment to reorient priorities in extremis to defend basic domestic order and human security.”

And now, for the first time ever, US military units are staged and are training inside the country to address civil unrest rising from inequality. The Army Times has reported on the US Northern Command’s (NORTHCOM) deployment of the 3rd Infantry Division’s 1st Combat Brigade Team (BCT) on U.S. soil for “civil unrest” and “crowd control” duties. The 5,000-member force was one of first units deployed in Baghdad.