Posted on April 24, 2019 by gerald tembrevilla | Leave a comment

Barely 3 weeks from now, the Grenfell incident, a fire which broke out in the 24-storey Grenfell Tower in North Kensington, West London last 14 June 2017 will reach its 2nd year anniversary. It was one of the UK’s worst fire disaster.

The Unfolding of Grenfell Fire

According to UK’s NHS, there are still several residents that need psychological help. Yet, many more are not showing up. How can health workers look after residents who are still suffering trauma 2 years has passed since the incident?

And this is the primary goal why UK’s NHS has just released a “virtual reality film featuring former England striker Les Ferdinand to encourage people to open up about their mental health“. 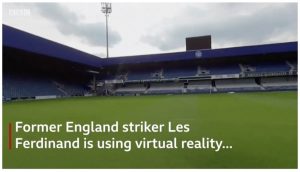