In A Dissertation Upon Roast Pig, British writer Charles Lamb tells how mankind discovered cooking after “seventy thousand ages [of] eating meat raw”. With tongue firmly in cheek, Lamb relays how the son of a swineherd in ancient China accidentally burnt down a cottage full of pigs. After the fire dies, the boy pokes a pig and burns his fingers. He instinctively places them in his mouth and – Eureka! – bacon was discovered. 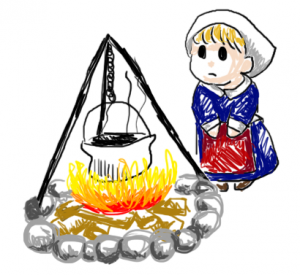 We may chuckle at this comical tale (which ends with all the villagers burning down huts filled with pigs so that they may taste the oh-so-magical bacon), but it’s true that for thousands of years humans have had to build fires whenever they wanted to cook. Nowadays, we cook using electricity. Burning fuel to generate heat, steam, and eventually electricity has been outsourced to powerplants, which send our electrical energy to us without our ever having to light a match. It’s rare to find someone who doesn’t prepare a meal without turning on an oven, stove, blender, food processer, rice cooker, slow cooker, etc. 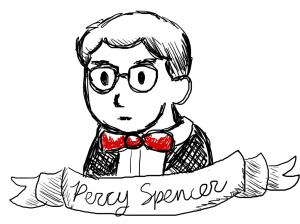 It wasn’t until 1947 that Percy Spencer invented the first microwave oven (often shortened to “microwave”). This new, fireless method of cooking works on a principle that few people understand, and for that reason many people fear it. Many pseudoscientists (a.k.a. “scienticians”) encourage others to shun the microwave, claiming it chemically alters your food and is killing you. This is the naturalistic fallacy at its best, and some investigation quickly dismantles these myths. Microwaves can be generated by magnetrons, which spit them into your oven; the microwaves bounce around as long as the magnetron is operating. Some of the molecules in food – especially water molecules – are polar and line up with an electric field that reverses its direction nearly five billion times per second. The water molecules flip their orientations manically to keep up; in their agitation, they knock around other molecules, which also become fast-moving and excited. Fast molecules are hot molecules, and so the microwave-induced flipping spreads heat in your food. 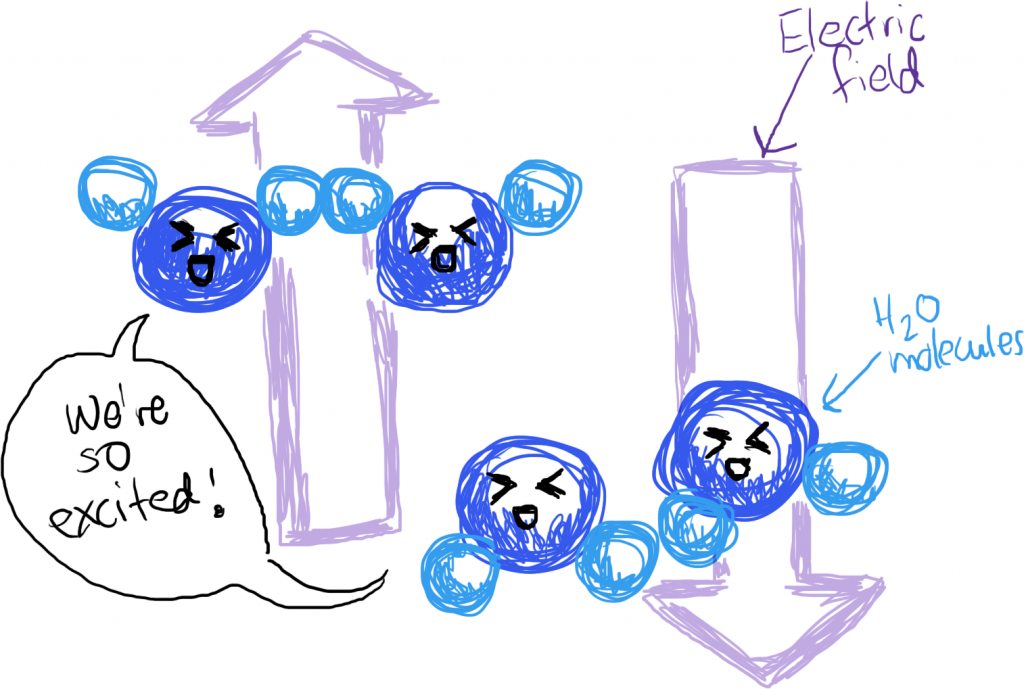 (Not an entirely accurate representation of excited water molecules!)

What about microwaves “chemically altering” food? Is that true? Of course! This not-so-magical process is cooking. The essence of food is chemical, and all cooking methods cause chemical changes in foods.

And claims that microwaves destroy nutrients? Also true, but not unique to microwaves. Some vitamins (namely vitamin C) are destroyed by heat, so any cooking method will “destroy” some of the food’s vitamin C. 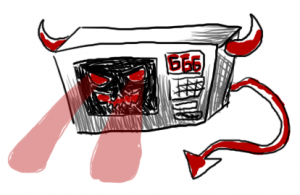 “But my microwave makes carrots and broccoli give off sparks!” Relax. There isn’t metal in your veggies. Some vegetables that are cut with sharp knives have sharp edges as a result. Those carbonized, sharp edges can act like lightning rods and develop concentrated electric field gradients, which generate sparks.

Your microwave isn’t the devil in disguise, I swear.

Text and illustrations by Jenny Labrie.

Hoffman, C.J., and Zabik, M.E. (1985). Effects of microwave cooking/reheating on nutrients and food systems: A review of recent studies. Journal of the American Dietetic Association, 85(8): 922-926.

4 responses to “What’s wrong with microwaves?”