Can Vegetarians Say Goodbye to Some Cancers?

Cut the meat, cut the crap? It appears this is the case when considering colorectal cancer, a cancer of the large intestine and rectum, and its reduced risk in vegetarians. This cancer is the second leading cause of cancer death in the United States. A new study found that a vegetarian diet may cut ones risk of colorectal cancer by 20%! In a society that’s obsessed with weight loss, a vegetarian diet seems to be increasing in popularity. What is it about the vegetarian diet that may be causing this association?

It is important to remember that a vegetarian diet is a lifestyle choice and there may be other reasons why it is associated with reduced colorectal cancer risk. Not only does this diet include a decreased meat intake, it also includes decreased consumption of unhealthy foods, increased consumption of many healthy foods and healthier activities. For example, vegetarian diets show a reduced sugar intake especially through decreasing caloric beverages. Increased fruit and vegetable consumption is also a key aspect of vegetarian diets. This diet has also been demonstrated to include healthy activities such as, not smoking and avoiding/moderate consumption of alcohol, both of which are linked to reduced cancer risk. Therefore, as was mentioned in the previously talked about nutrition report, it is necessary to clearly understand how different aspects of a vegetarian diet may be influencing cancer risk.

You may be wondering, don’t these diets also result in decreased consumption of other essential nutrients and protein, which could increase cancer risk? As Professor Marion Nestle addresses in the following video posted by Big Think, vegetarians don’t lose out on much. 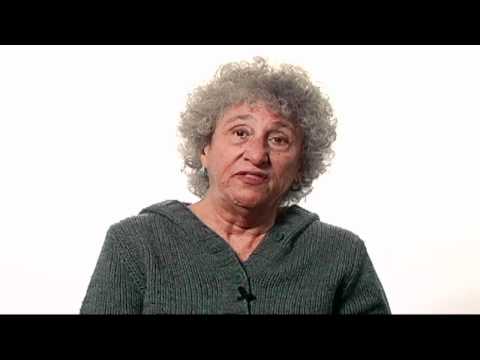 Towards the end, Professor Nestle talks about how being a vegetarian plays a positive role in the environment. Therefore, not only is vegetarianism thought to be benefiting the individual, by appearing to reduce risk of colorectal cancer, it has broader implications on the world around us. 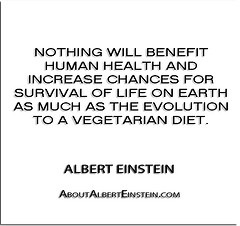 Posted in Biological Sciences, Issues in Science, Outreach Project, Science in the News

Be Happy! Your Dog Knows When You Aren’t.

You may be wondering, are dogs better able to recognize their owners’ emotions? In fact, dogs are able to distinguish emotions just as well for strangers of the same sex as their owner. For example, when shown photographs of their owners’ smiling face versus the owners’ blank face, the dogs selected, using their noses, the owners’ smiling face significantly more often. The results were the same for a stranger of the same sex as the owner. It isn’t clear why the results weren’t similar for those of the opposite sex, but it may be because of facial feature differences between genders. Although gender had an impact, the portion of the face displayed didn’t seem to impact recognition. Dogs were able to recognize emotions even when only the eyes were displayed.

Humans’ emotions are not only presented through visual cues (facial expressions) they are also displayed through verbal and behavioral cues. When all these aspects of emotional display were considered and dogs were asked to retrieve objects in a recent study, the dogs still demonstrated that they recognized emotion. Dogs were given a choice between two objects, one their owner acted disgusted towards and another their owner acted happily towards. Regardless of their interest when they approached the two different objects, dogs retrieved the object their owner displayed more positive emotions towards.

How can dogs interpret emotions? Researchers have done MRI scans on dogs and found that dogs’ brains actually function similarly when processing human emotions. The following video, by Reuters, briefly summarizes this research.

My first thought before I read about dogs recognizing human emotions was, “that explains why they get sad when the owners do and why they seem to comfort the sad owner.” However, the current research contains nothing related to sadness, so can we say that dogs could potentially recognize all human emotions? Maybe more research needs to be done to make such a bold statement.

Alzheimer’s is, unfortunately, becoming a very well-known term. The impact Alzheimer’s has on the brain, vast amounts of shrinkage, is visibly evident. This brain shrinkage, partly due to plaques forming from carbohydrate increase, is what causes Alzheimer’s to be a full-brain disease. Plaques, or proteins clumping together, in the brain have been known to be the root cause of Alzheimer’s for a long time. How do these plaques form? As research shows, increased consumption of carbohydrates may be one cause.

As time has passed, society has increasingly become obsessed with cutting out fats from our diet, with the maximum obsession being in recent years. This obsession directs peoples’ attention away from carbohydrates, more commonly known as sugars or carbs, and results in increased ingestion of carbs. Along with resulting in plaque formation, high, uncontrolled consumption of carbohydrates has been reported to turn on genes that cause risk of Alzheimer’s.

The first step to forming plaques is a process called glycation, addition of sugars to proteins, to result in formation of modified proteins.  These modified proteins cannot efficiently perform the tasks they are meant to. For example, delivery of cholesterol is not carried out well and hence, causes a depletion in the supply of cholesterol for brain cells. Without cholesterol, the cells of the brain cannot function effectively and brain fat decreases resulting in shrinkage. It’s very similar to a domino effect, one change resulting in many further changes. 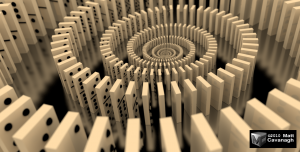 Continuing this domino effect triggered by increased sugar consumption, we arrive at our second plaque-forming step.  The cells in the brain that cannot function efficiently, due to glycation of proteins, start to clump together because our body puts them into one category: “dysfunctional”. This is when plaques actually forms.

Plaque formation is further carried out by bridges forming between ineffective brain cells, shrinking the brain more, when carbohydrates are increased. Bridges form because, increased carbohydrates in the body result in higher chances of oxidation. What is oxidation? Well, think of an apple left out in the open. 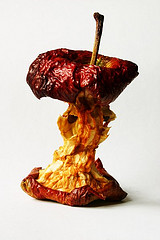 Oxidation results in, as you can see, an inefficient product. If carbohydrates are increased, oxidation in the body increases. Some proteins are more affected by oxidation. These oxidized proteins are found to be in excess in Alzheimer’s patients.

Should we become more obsessed with cutting carbs? The real question might be, does society take things to the extreme? When we are focused on cutting fats we lose track of other foods we consume. If we become obsessed with cutting carbohydrates from our diets, it’s reasonable to assume we would lose track of something else, maybe fats. Too much of one thing, obsessing about cutting fats, for example, could be a bad thing, losing track of ingested carbs. Cutting carbs could be a possible solution to Alzheimer’s, but looking at the bigger picture, maybe the real solution is simply maintaining a healthy diet.