Laboratory nurseries could save Coral Reefs

A natural underwater Atlantis is found beneath the crystal clear waters of the Caribbean; clustered corals of all shapes and colours create the home of a vibrant array of fish species. But these reef ecosystems are declining and are threatened with destruction unless the corals can be saved. Marine researchers have uncovered the secret to breeding pillar corals in the laboratory with the hope that these can be transplanted to reefs to reverse such trends. 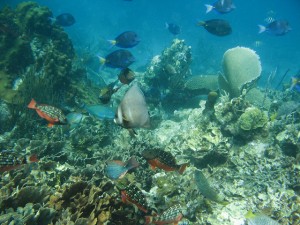 Corals are soft-bodied organisms which associate with algae, they form a hard limestone base which forms the structure of reefs. These cover less than a quarter of one percent of the ocean floor yet support 25% of all marine life. That equates to 2 million species whilst also acting as a nursery to a quarter of the oceans fish. In addition to the beauty of an ecosystem rivalling the diversity of the Amazon rainforest, coral reefs are vital fisheries. If sustainably managed, one square kilometre can yield 15 tonnes of fish per year whilst the total commercial annual output of coral fisheries is valued at $5.7 billion. Furthermore, coral reef fish species are a significant food resource for over a billion people worldwide and are the principle protein source for 85% of this total. Therefore, it is of paramount importance that we conserve these ecosystems. 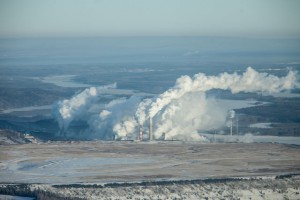 However, one quarter of coral reefs are considered damaged beyond repair whilst the remainder are under serious threat. The warming ocean temperature has disrupted their associations with algae; this is known as bleaching and leads to the death of corals. Climate change has increased CO2 levels; this has raised the acidity of the ocean which then dissolves the coral limestone skeleton. Moreover, pollution from oil, industry and agriculture has poisoned the corals thus furthering their decline. Overfishing also poses a threat through disordering the complex food webs of the ecosystem whilst fishing practices such as trawling can directly damage the reef.

Marine researcher Kristen Marhaver and her team are hoping to reverse these effects through raising juvenile pillar corals in the laboratory environment. Coaxing the corals into reproduction was a difficult task; Dr. Marhaver drew the “analogy to in vitro fertilization in humans.” Pillar corals build single gender colonies and spawn eggs or sperm on very few nights annually. The offspring then grow at just half an inch per year. However, the team succeeded and learnt of the optimal conditions of water, bacteria and other species that help them to grow in the wild. Furthermore, there is hope that these laboratory grown juveniles could be transplanted back to the Caribbean reefs to regenerate the ecosystems. Marhaver added, “We do see that coral juveniles can survive in places where the adults are suffering badly, so we are thinking that some reefs can recover in places we have given up on.” Such research can only help to protect and potentially regenerate these crucial coral reef ecosystems upon which so much is dependent. 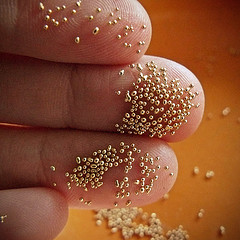 For many of us, face washing is part of our daily routine, along with washing our hands and brushing our teeth. What if I told you that some of the products you use for these everyday tasks may be harming marine species? Would you be willing to change the products you use?

Many face washes that advertise their “scrubbing” or “exfoliating” properties use microbeads, which typically are small fragments of plastic belonging to a group called microplastics. Microplastics vary in size, but are generally smaller than 5mm in diameter. They are most commonly composed of polyethylene (PE), which is the most prevalent material used in commercial and industrial plastic products. PE can take hundreds of years to degrade, and therefore poses a significant environmental threat when present in landfills and marine settings. 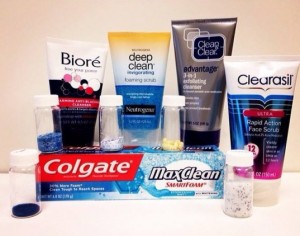 Microbeads are also found in some soaps, shampoos, toothpastes and body washes. After using these products, the microbead particles that get washed down your household drain are too small to be filtered by water treatment plants, allowing them to enter rivers, lakes and oceans.

In 2013, a study conducted by the organization 5Gyres found that some areas of Lake Erie, which had the highest microbead count of the sampled Great Lakes, contained over 450,000 beads per square kilometer. While you may think that this number is not very substantial when considering the size of the bead, each one can absorb and accumulate other toxic materials present in water systems, such as dichlorodiphenyltrichloroethane (DDT) and polychlorinated biphenyls (PCBs). Both DDT and PCBs are toxic to marine species and humans, causing adverse effects on bodily systems, and in some cases can be cancerous.  So, these small beads can have large impacts on marine wildlife and humans who eat contaminated seafood.

Here is a video by 5Gyres about their study: 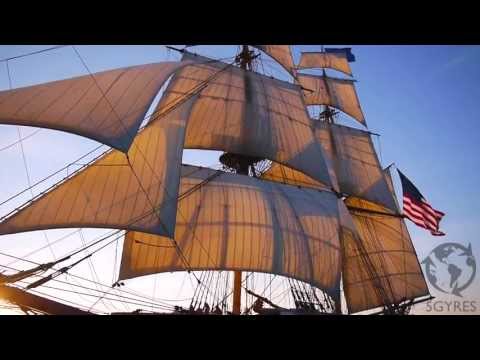 Removing microplastics from lakes and oceans is not practical due to their vast distribution and small size, so in order to reduce pollution, we must eliminate the source.

Illinois was the first (and so far, only) state to ban the sale and distribution of products containing microbeads, so companies have until 2019 to eliminate them from supply. This ban has encouraged the introduction of similar bills such as the Microbead-Free Waters Act in New York, which is paramount as this state is a major contributor to the contamination of Lake Erie. The European Union is also considering a ban. At the industry level, a few companies such as L’Oreal and Colgate have made the commitment to eliminate the use of microbeads in the coming years. Some alternatives include bamboo, rice, walnut shells and apricot seeds.

Although we are starting to put an end to microplastic pollution, more progress needs to be made, starting with commitment at the individual level. So next time you are out buying personal hygiene products, be sure to check the ingredients!