Do you have control over your weight loss?

Posted on April 7, 2015 by selamawit joseph | Leave a comment Dieting pills, the latest workout trend, juice and tea cleanses, there’s a lot of advertising claiming a certain method is a surefire way for you to lose weight. Countless people fall for these claims, joining the latest bandwagon in the hopes of achieving their dream beach body.

Then there are those who feel like they are losing the never-ending battle against their genes. Yes, their genes – and not their jeans. They don’t even bother trying the latest weight loss trend because they feel like their weight is at the mercy of their genes.

Benjamin Cheung and the members of his research team sought to answer the question “Can merely learning about obesity genes affect eating behaviour”, which is the title of their upcoming research paper. Our video highlights the main points of his research. 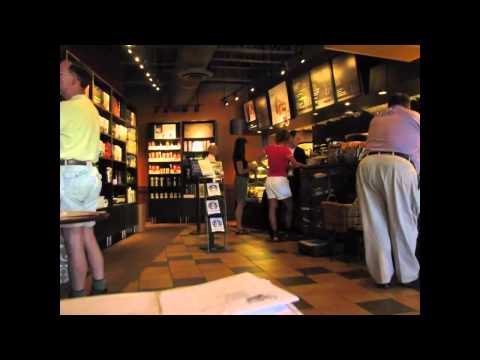 Although they mainly studied the implications of beliefs about obesity, Cheung also connects his research to weight loss. Take a look at what he has to say:

The weight loss industry and the media are hugely influential when it comes to physical activity, weight loss, and the genetic vs. environmental debate regarding obesity. Since the media is part of why people have been led to believe their weight is controlled by their genes, our podcast covers the media’s influence.

Some have indicated there is a strong evidence for specific genes causing obesity. Knowing that certain mutations can be responsible for a lack of fulness after eating a meal and craving of fatty foods, there is good support for a genetic source of weight loss struggles. Craving fatty foods can come along with those who have the so called ‘fat gene’. Photo Source: Flickr Commons By: reynermedia

However, there is a huge environmental impact on your ability to lose weight. In fact, it has been proposed that very little of our weight can be blamed on our genes. The main question is: do we really believe we can lose weight?

While there are influences on both sides suggesting weight loss is genetic or environmental, from Cheung’s work we realize it isn’t that simple. We simply don’t know how much genes and the environment  control your weight loss. So for those out there seeking to shed some pounds, don’t loose hope!

The Quest for Weight Loss- Does Macronutrients Composition Matter?

Intermittent fasting, IIFYM, ketogenic diet, Atkins diet, carbohydrate cycling, Paleo diet, the Zone diet, and the list goes on and on. If you are a fitness enthusiast, you might have heard all these names of diets; if you are not interested, you might have heard none. However, I’m willing to bet that most of us have experience struggling, or will struggle when older, with diets in order to lose weight. So how would you design your own weight loss diet? Would you count your macro-nutrients? Let me back up a little bit to talk about diets in the media. In the perspective of a newbie dieter, researching about diets can be extremely difficult. This is because weight loss represents perhaps the epitome of misinformation (false information spread unintentionally) and disinformation (false information spread intentionally) in the media. Not surprisingly, weight loss is a multi-billion dollar industry in the US. Thus, inevitably, there are countless scams revolving around this industry, which get in the way of our research. Hopefully, this short video will help you avoid some of those horrible diets.

Now let’s get to the meat of this discussion- macronutrients composition. There are three macronutrients in food: carbohydrates , fat , and protein . Each have different priorities, functions, reactions, and modes of storage in the body, which makes analyzing different diets quite challenging… or does it?

Apparently not, according to research, when it comes to weight loss alone. Researchers at Harvard Medical School have found that weight loss can be achieved no matter what composition of macronutrients you decide to implement in your diet, as long as there is a caloric deficit. These researchers assigned 811 overweight individuals to 4 diets which emphasize different macronutrients. After 2 years, they found out that all groups had clinically meaningful weight loss results. Therefore, it would be a waste of time to calculate macronutrients composition if our goal is to simply lose weight.

However, I cannot stress enough that macronutrients composition plays a crucial role if our goal is anything more specific than losing weight. For example, if we are trying to lose fat and gain muscles, we would need lots of protein. To gain a better understanding of how to diet to gain muscles, watch this video on how much protein you require in your diet.

Weight loss is often a stressful process, but now with macronutrients calculations out of the way, all you need to be concerned about is reducing caloric intake and/or increasing caloric output. This means that you can eat less of whatever you normally eat and/or exercise more frequently to lose weight. It’s that simple!

When we eat less, we loose weight

. However, is this kind of weight loss

really worth it? Adding restrictions to what one eats just causes lack of essential nutrients

making us feel weak and exhausted.

is better than crash dieting because a person is more likely to gain back the weight lost through crash dieting. In crash dieting, a person is loosing stored carbohydrate glycogen and not fat. Their body enters starvation mode and several health risks are associated with that.

The video below, lists the health risks associated with crash dieting and outlines the benefits of gradual weight loss

Short-term health risks include feeling exhausted, irritable, stressed and craving for food all the time. Dieting does not provide ones body with required vitamins and minerals and hence, the person experiences fatigue all day. On the other hand, long-term risks of crash dieting include osteoporosis (weakening of bones due to lack of calcium in diet) and eating disorders like anorexia (food restrictions despite having a thin figure) and bulimia (eating large amounts of food in a short period of time).

Crash dieting allows for faster weight loss however, the more weight one looses through a starvation diet, the more their metabolism slows. Hence, slower metabolism means more chances of weight gain in the future as normal diet begins. As a result, healthy eating and staying active are the two main factors for healthy weight loss

. One should aim for gradual weight loss to the Diet Cycle.

Body dissatisfaction is one of the main causes of crash dieting. We often compare our body size and structure to other people and judge ourselves without realizing that each person is different and has their own body type. A person maybe lean and skinny while another weighing the same may be broad structured. So, before comparing our body size to others we should keep in mind that we all are different and we should accept our body the way it is. We should not put our lives in jeopardy by adding on the extra stress and pressure through crash dieting. Research has stated that many cycles of crash dieting may cause organ failure as our vital organs don’t get enough energy to function and they begin to burn tissues of heart, leading to heart failure in future.

Therefore, stay happy and active and never do crash dieting

. Love your body the way it is and gift it with proper nutritional food. Never compare yourself to others and loose weight

through starvation. Choose gradual weight loss over crash dieting and than see how satisfying the results are.