The National Film Board of Canada has an “Aboriginal Perspectives” website which serves to provide access to a range of documentaries that reflect important aspects of Aboriginal culture and history. The documentaries included in the site are comprehensive in scope with documentaries falling under seven themes. These themes include arts, cinema and representation, colonialism and racism, history and origin, indigenous knowledge, sovereignty and resistance, and lastly youth. 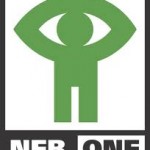 While conducting research for my study, I came across a website from the Rochester Institute of Technology which describes a pilot workshop conducted by the Aboriginal Territories in Cyberspace (AbTeC). In this pilot program, Native Youth from the Mohawk Kahnawake Survival School help to design videogames based on traditional stories from their tribe.  Based out of Montreal, the goal of AbTeC is to encourage Aboriginal use of online and media based technologies to strengthen Native cultures. In addition, AbTeC  is committed to encouraging the participation of Aboriginal Youth in taking part creating video games and virtual reality worlds. To meet these goals, AbTeC has created a video game/virtual reality world workshop (Skins) for Aborginal Youth to teach them how to design, program and create video games and virtual worlds. Members of the academic world, artists and the technologically advanced worked together to help build the curriculum and discuss “the role of new media technologies in North American Indigenous cultural production, outlining curriculum for teaching First Nations youth how to use such technologies, and testing curriculum.” In 2008-2009 at Kahnawake Survival School, AbTeC observed and recorded the following: 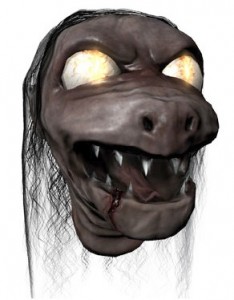 For a more comprehensive look at the Skins project follow the link below.

While conducting research for my study I came across a website (http://wn.com/AMESGaliano) which features a two-part mini documentary entitled, Peer Perspectives: Expressions of Aboriginal Youth.  Focusing on three emerging First Nations artists, the documentary film explores the youth’s feelings of being Native in a western, industrialized world and focuses on their struggles and how it affects their art. The filmmakers also explore how video technology is assisting Native Youth in telling their stories, rediscovering their culture, and strengthening their voices in the community and the world. Most intriguing were the stories the youth were sharing about what it means to be “Native”. One of the young aspiring filmmakers shared her thoughts on how Native people are represented in the media. The young Aboriginal artist goes on to explain how the negative portrayal of Native people by the media affects Aboriginal people and how they internalize the negative stereotypes and begin to believe how they are perceived by the western culture. The Native youth also talks about the abuse and problems in her family growing up, her uncle, the legacy of the residential school system, and acceptance of who she is. The short documentary is a compelling story and features how Aboriginal youth are using technology to tell their stories.

This website is about Sophie Thomas, a respected Dakelh elder (Carrier Nation in the northern interior of BC) and traditional healer who was dedicated to teaching others about the traditional ways of using plants to heal. She has spoken at elementary schools, high schools, post-secondary institutions, and international conferences sharing her knowledge of herbs and advocating for the preservation of environment. The site contains descriptions of her book ‘Plants and Medicines’ and video ‘ The Warmth of Love, the 4 Seasons’. Sophie was to receive an honorary degree from the University of British Columbia in May 2010 but passed away in her 80s in March 2010.

In recognition of the fact that I know little about the First Nations peoples in my area of Quesnel, BC, I decided to do some research focused on the local area and found some resources that I think others might find useful:

http://www.bced.gov.bc.ca/abed/map.htm – This site has a map of BC showing a current representation of First Nations territories in BC and a table containing the peoples’ names, names used in the past, and language families.

http://www.bcstats.gov.bc.ca/data/lss/abor/ap_index.asp – BC Stats web page ‘Aboriginal Peoples of British Columbia’ which provides many links to pages and documents regarding labor characteristics and soci0-economic conditions of Aboriginal peoples in British Columbia.

Recently, the Vancouver School Board announced that it is moving forward with its plans for an Aboriginal-Focused School of Choice. This school is scheduled to open, at least partially, as early as September, 2012.  Interestingly, the school will be one of choice and be open to all students, although Aboriginal students may be given priority (more about the school in a future post).  Given this development, I thought it would be interesting to examine a couple of existing First Nations schools

First Nations School of Toronto.  This school was initiated by a group of Aboriginal parents in the 1970’s who were concerned about the high numbers of FN children who were not completing elementary school.  The parents felt that the children lacked self respect and were significantly at risk.  They believed that education was key to teaching them about their Aboriginal heritage, and instilling pride for their identity. The initial school was called the “Wandering Spirit Survival School.”  After joining with the Toronto BOE, the school became the First Nations School. Today, it serves 70 students from JK- Grade – 8 and is located at Dundas and Broadview, sharing a site with public school.

Some of the supports provided to students:

An Honour Feather Society was created to help build self-esteem. Individual students are recognized for their various successes, and awarded a feather in a traditional ceremony to honour their clan.

In October 1998, the Native Learning Centre (NLC) was piloted as a high school program for at-risk First Nations students.  The NLC began with 15 to 20 students in a one-classroom setting, located at 456 Yonge Street.  The school includes an art program, recreational outdoor activities, traditional canoe trips, and cultural excursions led by elders.  The NLC has now expanded its programs and now is able to provide all compulsory credits necessary for students to achieve an Ontario Secondary School Diploma. In November 2005, the NLC received a City of Toronto Access Award (Equity).  The school is now housed within Church Street junior public school. Approximately 40 Native high school students currently attend.

This list of courses goes well beyond the First Nations 12 that is available to BC students and is indicative of a strong commitment towards Aboriginal education by the TSB.

This resources contains over 700 images and illustrations from the Mi’kmaq community.  I was first torn to include it in my weblog as a resource because the initiative was not created and controlled by the Aboriginal community.  I do however find a lot of the images to be powerful and interesting therefore I decided to include them within the module.  The archival information I believe, presents a visual element in a culture that is rooted greatly in oral tradition.  The visual component and resources, could be used within the classroom as an activity to have students (both Aboriginal and non-Aboriginal) create narrative to encompass each of the diagrams.  I it useful that the dates were included therefore students would be able to create the narrative based on the approximate historical background.  Furthermore, some of the illustrations could be used to initiate classroom discussion on colonization and the roots of Western stereotypical attitudes.

First Nations Education Action Plan – for Canada (2005) by the Assembly of First Nations. This is a follow up document to the ICIE. In its own words: “The vision of this plan is the development and implementation of sustainable education systems under the full control and jurisdiction of First Nations based on the recognition of inherent Aboriginal and treaty rights, and under international law.”

An excellent supporting document is a recent thesis document (2010) published by Martha E. Spence, at the Unversity of Toronto, which examines the impediments that colonialism has on the successful implementation of the First Nations Action Plan. Here is a link to the thesis:

Indian Control of Indian Education was the first collaborative document published by Aboriginal peoples in Canada, outlining the specific requirements that Aboriginal communities across Canada believed to be imperative in providing successfully educational environments for Aboriginal children in Canada.
It was written by the National Brotherhood and the First Nations Assembly as a reaction to the white paper published by the Canadian government.
This document, published in ’72, does an excellent job of outlining the issues to consider when working with Aboriginal populations. While some of the issues in this paper have been addressed by our educational institutions, many continue to go unanswered, ignored, or have been pulled from schools as a result of funding cuts.

What I find particularly powerful about this document is that it is a collaborative effort. Many of the Aborignal groups from east to west coast of Canada took part in drafting this document.