The beauty of Queensland, now wouldn’t you want to work here? 😉

One of my favourite examples of consumer generated marketing and buzz is Tourism Queenland’s 2009 campaign for the “Best Job in the World”. It received extensive international media coverage (estimated $368 million) after asking viewers to enter video submissions and encouraging consumer generated marketing, reaching a global audience of 3 billion. They offered one lucky applicant A$150,000 and the chance to be a caretaker of a paradisiacal island in the Great Barrier Reef.

Despite their relatively low $1.2 million budget, they made a huge splash worldwide by refocusing on a novel concept. Instead of promoting the job scopr of island tourism their marketing centred on “The Best Job in the World”, with its exciting roles and responsibilities. 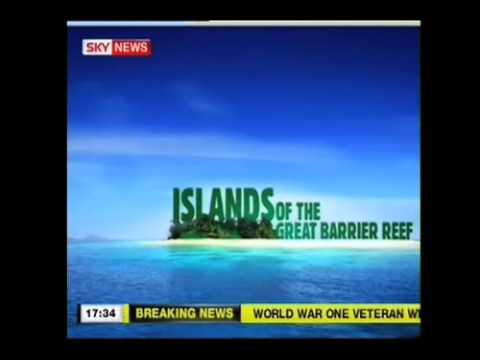 Despite the focus on consumer generated marketing by engaging consumers through websites, page views and social media platforms, Tourism Queenland maintained some control over Ben Southall,  who kept fans engaged through his blog, Facebook, Twitter and Youtube feeds.

I found this super relevant to what we learnt in class – the concept is indeed more important than the budget. Even through the online voting process, Tourism Queensland covered a huge range of media platforms. There was site engagement as Ben connected with his fans, free regular content via Ben’s blog posts and constant video updates, giving him the chance to generate revenue and make a living. The content was also trustworthy as Ben was living the experience and blogging in real-time about what was happening.

There are also drawbacks, of course. Internet users with illicit purposes can create a false identity and obtain personal details and information from the unsuspecting or naive. It was also not easy for the contest team to organize a structure free-form of UGC. Also, there was a lot biased and questionable (though wildly entertaining and amusing) content offered by interested participants. 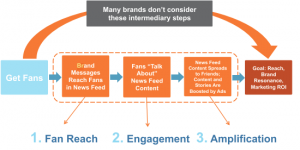 This campaign was so popular that it spawned video submissions for Tourism Australia!

Sadly, the winner have been announced, but you never know when your next shot at The Best Job in the World will be 😉 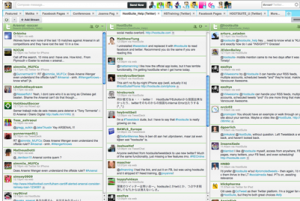 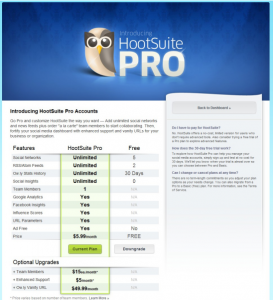 It’s accessed through the web browser VS desktop client. 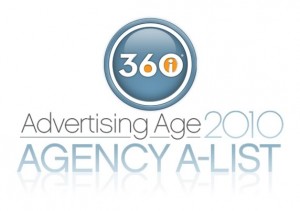 360i has been selected for Ad Age’s A-List, honoring it as one of the best digital marketing agencies

360i is building a Klout-like platform to help brands go viral. It has identified over 10,000 bloggers, journalists, Pinfluencers and Youtube stars who have a large online following, and merged their platforms into a proprietary platform. It aims to utilize its digital map of influencers to involve their client’s brands in the conversation. The technology allows “influence monitors” to identify people with unique expertise and strong digital networks. 360i then pitches these influencers on covering one of its brands or marketing on its brands’ behalf. This allows for a more authentic and engaging brand personality. 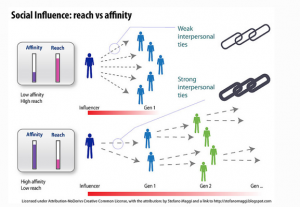 Using Klout score to determine strength of influence is contextual, and depends on many factors (http://www.jigsawllc.com/2010/10/07/klout-score-not-enough-for-marketing-campaigns/)

By focusing on intended audiences and desired results through influencer campaigns, 360i can better determine social influence and reflect on its action and outcomes to better understand cause and effect. Influencers can form strong connections with like-minded individuals within social communities, adding value and spearheading engagement. 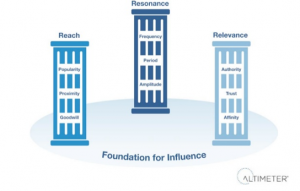 360i managed to overcome the problem that many companies have : looking at influence backwards, relying on Klout scores instead of understanding how influence is actually created and used. It considered what the brand ambassadors’ level of influence means to goals and objectives, applying it to effective strategies and  supportive metrics. Furthermore, it lessens time taken to track social engagement and awareness, to allow opportunities for the influencers to execute their campaigns. Despite the clever technology and use of a viral campaign, 360i must be careful to not make marketing and engagement decisions solely based on the score, as this does not take into account the role of influencers.

Ultimately, the true measure of influence is gauged by the outcome or extent of change, determined by the effect 360i wants to achieve.

Some of my personal suggestions for this technology to be really effective are: 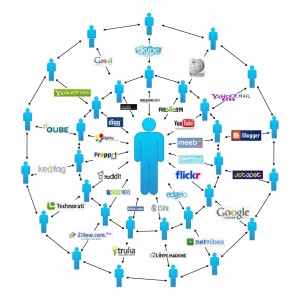 Below is an interesting video that sums up what it takes to extend our level of influence:

Being a huge fan of Google and fashion, I was exhilarated to learn that Diane Von Fursternberg (DVF) , a high-end fashion designer collaborated with Google+ to host the first ever shoppable Google+ hangout. 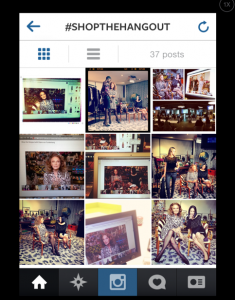 The hashtag #shopthehangout was crucial to this campaign in compiling pictures, captions and engaging information, and promotion via the Youtube video, email and influences were well-executed. However, the campaign could have been improved using viral marketing like updating the DVF website with information about the hangout to speak even more viral content.

Once von Furstenberg finished answering a question, a model, donning pieces from her collection would appear on screen. Von Furstenberg selected a handbag for each model and talked up each garments’ fabrics and technical details, prompting viewers at home to buy. Merchandised, shoppable pages were easy to use and hosted on Google Shopping Shortlists. To make purchase users would click through to DVF.com. Engaging features included the opportunity to “watch later” and a social sharing button allowing viewers to easily share the collections and designs on Google+. This showcased the site’s capabilities brilliantly, displaying a window of DVF products for sale to the right of the video window on users’ screens. 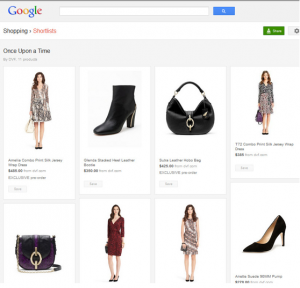 Although there were no statistics available on the revenue from this online collaboration, there was reportedly a lot of interest leading into the Hangout, with 2.3 million views garnered for the trailer below: 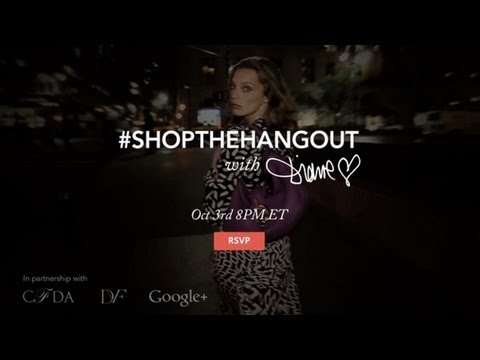 Their collaboration is also a perfect example of a 3-way relationship between Google, DVF and customers, which keeps things fresh and engaging and enables them to bounce ideas off one another. Google is the perfect interactive platform to promote DVF’s collections, and DVF is a marketing product in Google’s arsenal and product research.

Personally, I found this to be a well-played move from Google+, as it is still struggling to capture mainstream social media users, and divert attention away from larger competitors.

What distinguishes Google+ is its accessibility (users can log in from their gmail accounts instead of having to download Skype) and ability to store Hangouts in Youtube. This collaboration is just one example of Google’s strategy to attain new users by integrating interesting features into Google Plus that people want to use. It greatly increased the number of fans in DVF’s circles. Although Google+ has a long way to go before it even stands to trump other networks like Facebook, but its future is looking bright. 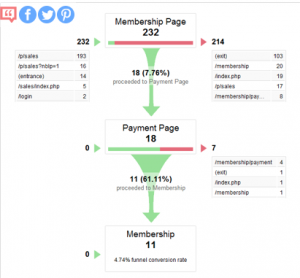 Google Analytics Funnels are shown above. They have several flaws.

Google Analytics allows us to build funnels only with URLs, so it will be challenging for a user wants to track events that do not match with a unique URL.

There are hacks around this with virtual page views in the form of snippets of JavaScript you can add to your site which forces Google Analytics to record a page view at a URL of your site. However, you can only track a series of consecutive steps that people go through all at once. Google Analytics funnels break down if you lack unique URLS to work with and can’t use virtual page views, people leave or bounce around your site between steps. Ultimately, it is challenging to determine when a customer is moving through different steps of the business.

In class, we have been learning about fascinating looped frameworks such as McKinsey’s customer decision journeys and the conversion funnel. In April this year, Google Analytics has added a conversion funnel benchmarking tool which plots the various channels’ impacts on purchase paths by industry.

Under assistance, we comparing the awareness, consideration and intent ratio against the last interaction ratio to determine the channel’s position.

However, as different markets utilize various marketing channels and social media platforms, it will be increasingly challenging for them to figure out which channels to invest in at what point in a customer’s decision journey.

This channel provides a clear quantifiable spectrum for whether each channel plays more of an “assist” or “last interaction” role. There are also paths for different industries and regions.

Furthermore, there are so many ways to determine how the length of the customer journey (in number of days and number of interactions) differ depending on the kind of purchase.

Below are some of the ways you can do this: 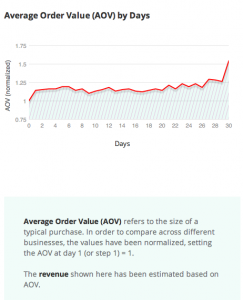 Marketers can observe the typical path to conversation and how that affects the average order value. 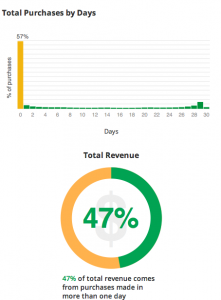