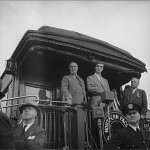 The Case of the Inappropriate Alarm Clock is a seven part series published in the NY Times. Errol Morris, experimental film maker, examines the controversies over the Farm Security Administration photographs–as propoganda, as art, as documentation of the Great Depression. The iconic works of Dorothea Lange, Walker Evans, and Arthur Rothstein are explored. 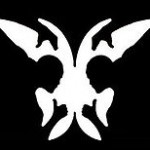 Negative space is a design concept and refers to the space around and between objects ~ it is a concept that crops up mainly in art and interior design. The classic illustration is the black and white silhouette drawings.But it is an interesting idea that has many possible other uses. For example, in sports, to score a goal you have to see and aim for the negative space, that is, where the goalie is not ~ if you have played sports you will know that it is a special skill to see that space, rather than just seeing and shooting at the goalie.

When we think about humans and environment, one use of this concept might be the places humans have abandoned, spaces where once we lived, worked and played but which have failed to serve our purposes. Abandoned spaces are everywhere and there is a rich photographic record of them chronicled by hobbyists and sociologists. Much of the time they are buildings (residential or industrial) that have been abandoned, but sometimes they are simply promises of what was to come. Many years ago I spent a sabbatical in central Florida, an area dotted with planned communities that never materialized. Subdivision paved roads often with unconnected street lighting give the impression of urban crop circles.

Edward Tufte is the king of all in terms of graphic representation of data. Check out his website for some very interesting ideas.

Here are a couple nice examples that are like object poems from the website Contexts and specifically the page on graphic sociology. 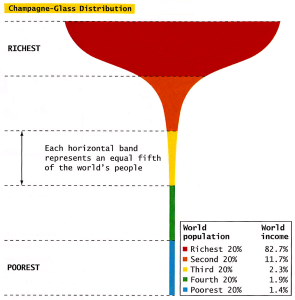 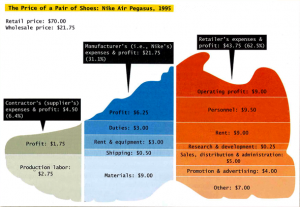 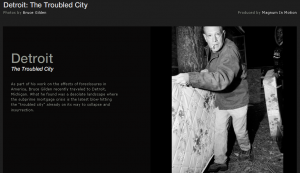 This photo essay focuses on issues of race and class manifest in the fall out from the sub-prime mortgage debacle in the USA. The photos are the foreground for descriptions by residents and activists of what is happening in Detroit.

Using a combination of GIS technology and social science, there are strategies being developed to connect narrative to place.

Some of this work is being supported by the Center for Digital Storytelling with a project called UR Hear that integrates urban research, storymapping, community-based service learning, and asset-based approaches to community development.

An example of using GIS for doing local history is the Cedar Cottage Virtual Walking Tour created by the high school students at Gladstone Secondary In Vancouver, BC. The project uses Google Maps to create an historical and current picture of what the Cedar Cottage neighbourhood has been and is–clicking on a marker on the Google map takes you to historical photos and descriptions of places, interviews with current residents and business owners, and results of community surveys.

Here is a link to a special issue of Forum: Qualitative Social Research on visual methods. The issue includes examples and discussions of current issues related to the use of photography, video, photo-elicitation, and mapping. 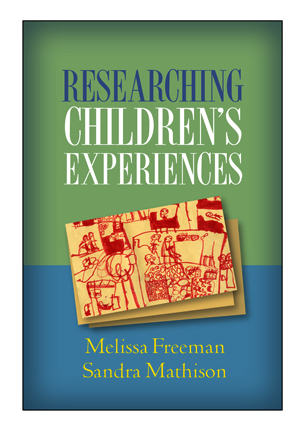 Welcome to Landscapes of Capital

Lots of good examples of photovoice are available on the web. Here is a link to photovoice projects that explore the experience of women living in poverty in central Canada. This project has created a useful Photovoice Manual which includes definitions, strategies, advantages/disadvantages.

And, one based on research about health issues for non-gay African American men who have sex with men. This project was on display at the San Francisco Public Library in December 2007.