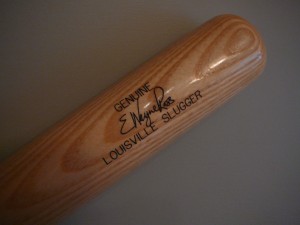 MLB predictions from five of the most knowledgeable and bias baseball experts in North America and the Caribbean.

1. The Unassailable 2010 MLB Picks from Just North of the Border:

NL Central
St. Louis Cardinals (Should probably pick em to battle with the Phillies, but I hate LaRussa)
Chicago Cubs (Could be the wild card, but lots of “ifs”; A plus that Milton Bradley is gone)
Milwaukee Brewers (Will play .500 ball and be third in the Central agin)
Cincinnati Reds (Chapman got the big contract, but can these guys hit?)
Houston Astros (Play in a bandbox but can’t hit it out)
Pittsburgh Pirates (Those are really cool statues outside PNC Park)

NL West
Colorado Rockies (Speedy and powerful, plus decent pitching)
Los Angeles Dodgers (Manny, will he be weird and good or weird and bad?)
San Francisco Giants (First class pitching, but last year lowest OBP and only 122 homers)
San Diego Padres (Give me a break, camo unis?)
Arizona Diamondbacks (Lot’s of candidates for the bounce-back award)

AL East
New York Yanquis (They are like capitalism, I’ve got nothing good to say about them)
Tampa Bay Rays (Should have the guts to pick em to beat the Yanquis, love Carl Crawford; Soriano will be big time help)
Boston Red Sox (I’m tired of these guys, especially Papelbon, if it’s between NY and Bosox I’ll watch soccer)
Toronto Blue Jays (Cito will never get these guys going)
Baltimore Orioles (Love Boogs BBQ, but not much else to like in Balto…ceptin’ “The Wire”, sorry Kev and Larry)

AL Central
Minnesota Twins (Out of the horrid HHH dome and on to the AL pennant and these boys can hit)
Chicago White Sox (Lot’s of pitching but not enough pop)
Detroit Tigers (Damon helps the offense, but not enough)
Cleveland Indians (Worst pitching in baseball from the team that’s traded away two recent Cy Young winners)
Kansas City Royals (Good young core, on the upswing but not there yet. I picked em below the Tribe to help Perry feel better when he talks baseball with Marty in April…”See Wayne thinks the Tribe is better than KC!”)

AL West
Seattle Mariners (Cliff Lee and Felix Hernandez, take that)
Los Angeles Angels (Figgins and Lackey are gone)
Texas Rangers (Wish I could pick em last, just based on past ownership, but the A’s are that bad)
Oakland A’s (Why on earth did Mr. and Mrs. Crisp name their kid “Coco”? Their No. 1 starter, Ben Sheets, missed all of ’09; has made 30 starts once since ’05.)

2. MLB Picks from The Edge of the Continent:

Tampa Bay will surprise and mercilessly stomp the Yankees into oblivion (or at least second place). I hate the Fucking Yankees. Toronto will be a surprise with their young, solid prospects.

It hurts me deeply to pick The Tribe last. They are but a shadow of the 2007 team that was one game from the World Series. The ownership in Cleveland is back to their 60’s and 70s style: CHEAP! So it will be a long year. Shin -Soo Choo will be an all star. Sizemore will comeback after injury. Pitching is dismal. Carmona is a head case. The Twins may win it all this year.

This may end up being a very competitive division in the AL. The A’s may surprise but will fall short. Milton Bradley will be tamed by the presence of the great Ken Griffey Jr. Cliff Lee may win 30 games if he is healthy.

St. Louis will be just good enough to hold off the Cubs. The winner of this vision will win no more than 86 games; the weakest division winner in baseball. LaRussa is overrated. The Reds and Brewers may surprise a lot of teams and win some games. One of these two teams will finish over 500.

Another weak division. I hate to say it, but the Dodgers will end up on top of this mediocre group. The Giants have great pitching and no hitting. A lot of 2-1, 3-2, 5-4 losses are in their future. Giants fans will be jumping off the Golden Gate by July 4th. The Rockies may surprise the Dodgers. San Diego needs to dump the camouflage uniforms, then I’ll pick them higher.

ALDS
Twins over the Yankees
Rays over Angels

NLDS
Phillies over the Cardinals
Los Angeles over Cubs

World Series
Phillies over the Rays

Well, I cannot stand the fucking Yankees either and hope that, well, I cannot say what I hope as the Michigan case now shows that the Sedition Laws are firmly in place.

But, here are my picks, having been humbled last year. Except everything I said last year was right. I stick to my premise of being the fairest of fair weather fans, especially since I just attended the LAST big league Spring training game ever at Hi Corbett field in Tucson, the Diamondbacks and Rockies left after demanding a billion dollar stadium from Tucson, moved to that desert horror, Phoenix, so I shall root for the game which is better than the people who own it and many of the people who play it too. Up the Lake Elsinore Storm, sez me!

AL Central
Tigers (a homer call if ever there was one but Cabrera is sober, Willis may not be crazy, Damon might have another winner’s year, the rookies Might come through, yadayada)
Twinkies (how do they do it??)
White Sox
Indians (river catches fire again but Indians do not)
Royals (killed off half the schools so what is left?)

NL East
Phillies (the only real team in this league this year)
Mets (playing over their heads)
Braves
Marlins
Nationals (that boy from San Diego will come up and help, but not enough)

NL West
Dodgers
San Diego (homer surprise! total speed Go go Pads –in camo! with flyovers! )
Diamondbacks
Rockies (my guess is injuries as the boys are not really better)
Giants (because I like to see Bochy chew his hat)

WS Winners –Bless those boys, it is a Tiger Year!!!!

4. From somewhere deep in the middle of Pennsylvania a Yanqui fan?:

How could such smart people be so dumb about baseball.

Yankees get 28th by beating the Rockies, who beat the Cards and the Braves. Joe’s boys beat Rays after beating the Twins.

Mets, Nats, Pirates, Stros, Diamondbacks, Padres, Os, Blue Jays, Cleveland, Royals, and As are no longer really trying to win or play baseball in some cases. There must be a salary cap in baseball after Jeter retires this Fall in order to become Governor of NY.

Jeter finally gets his MVP and then they break the mold in both leagues because Pujois is found to taking HGH or is that Arod?

No rookies of the year because the Yankees don’t play rookies. So why give awards away.

Halliday is DL after July sinking the wins.

5. Caribbean via the Charm City predictions for MLB 2010

Good morning all: Now for the correct predictions 🙂

First, as a native Baltimorean, a born and bred, livelong Orioles fan and a former longtime resident of Arizona, I am happy for a number of reasons: 1. The NFL season is less than 6 mos away; 2. Brian Matusz; 3. That the D’backs (my 2nd team) sent WR Anquan Boldin to the Ravens (good for Baltimore, a killer for AZ), and 4. That I live in Barbados 🙂