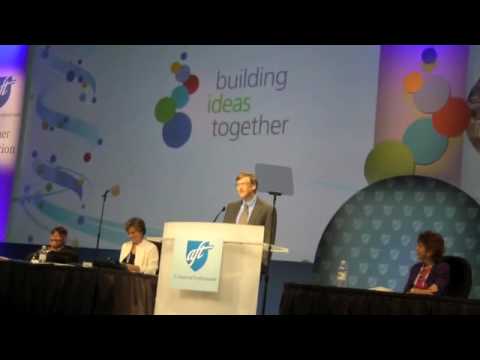 April 18 1783: Fighting ceases in the American Revolution, eight years to the day since it began. The Dollar Soon Trumps the Democracy.

Send Your Articles, Photos, Cartoons, for the RF News to Community Coordinator Adam Renner (Occupation in Puerto Rico: “Education cannot be seen through capital’s narrow gaze or the market’s whims. Such an education merely reproduces docile subjects and uncritical automatons. Let us smash the machine!”

Dumpster Diving CSU Students Uncover Palin Contract that Does Not Exist: “Students at Cal State Stanislaus have discovered evidence that documents related to an upcoming speaking engagement by Sarah Palin were shredded and dumped after the university claimed that no public documents existed, a state senator said on Tuesday.”

AAUP FAQ’s on the University and College Financial Crises

NEA Promotes Test Prep (one of many on the Works4Me Site–Ya Cannot Make This Up):
“We have a pep assembly for the third and fourth graders a couple of days before standardized testing starts. Two teachers pretend they are cheerleaders and shake pompoms as they give a ‘pep’ talk about doing a good job on the tests, getting a good night’s rest, etc. We have three teachers sit in desks and pretend to be examples of how not to take the test. One keeps turning around and bothering his neighbor, one cries, and one is not paying attention to directions. Another teacher is showing the ‘right’ way to take the test.”

Joel Cohen (fine Cranbrook boy) writes on the Obamagogue Education Project: ““Most people wanted students to develop skills in critical thinking and problem solving, social skills and work ethic, citizenship and community responsibility, physical and emotional health, love of the arts and literature … for skilled work that does not require a college degree,”

Rhee Rediscovers DC School Budget But Plans to Use Savings from Layoffs for Raises–What of the AFT Now that Weingarten Kissed the Pact? “Saunders called the pact “blood money,” underwritten by the illegal firings of fellow teachers. “This is money off the backs of teachers,” Saunders said. “It is unconscionable for the union to be looking past this event…Rhee has said that she will not consider rehiring the teachers ”

Florida Governor Crist Cuts Deal On Reactionary Education Bill, Support from FEA in Exchange for a Lesser Evil Bill Later: “His decision has also renewed speculation that he might drop out of the Republican primary for a United States Senate seat and run in the general election as an independent.”

“Always be sure you are right, then go ahead” 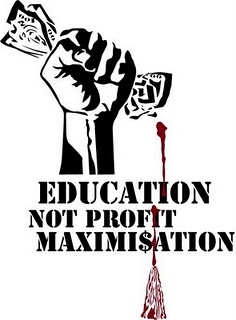