I’m trying to participate in another MOOC (massive, open, online course), though being away on holiday for a couple of weeks is making it difficult. It’s the “Open Education” course from the Oen University.

This is the sort of MOOC where it makes sense to say I’m “behind,” because there is a clear weekly schedule with weekly assignments to complete. I’m about a week behind. This structure is not appealing to me at the moment, after ETMOOC, which was much more open to participants doing whatever they felt most meaningful in response to the presentations, Twitter chats, shared links, and more. But I’m giving it a go because I really want to learn more about open education. I’ll probably do a few of the assigned activities, and then for the rest just write blog posts about what strikes me as most interesting.

Here’s one of the activities for the first week. We were asked to read Martin Weller’s article entitled “The Openness-Creativity Cycle in Education” and Terry Anderson’s slides from a Keynote for Alt-C in 2009. (Alt-C is the conference for the Association for Learning Technology). The activity was to then create a visual representation of open education, based on what we had read. “The key is to provide a representation that draws together the key concepts of openness as you perceive them,” according to the activity instructions.

I didn’t actually do that. Instead, I focused on one aspect of open education, or rather, one aspect of “openness”: that it’s more than just being available for reading/viewing for free, but is also available for remixing, reworking, taking pieces and doing something entirely different with them.

Part of the reason I did this was because I wanted to take on the challenge of creating a visual representation that didn’t just replicate a textual one. And if I tried to pull together all the strands of open education from the two readings (and elsewhere), I’d just end up putting into visual form the same things I would have otherwise written in text. That’s pretty much all I do in my work: write and speak narrative text. And I wanted to try to get beyond that a bit by using a picture that speaks. As you’ll see with the image, though, I couldn’t get away from text entirely.

This is not my thing, usually, so I won’t be surprised if it doesn’t entirely work, and if what seems good today seems simplistic tomorrow.

Since I seem incapable of doing without textual explanations, I will just say this. Multiple pieces made by others can appear as useless scatter, or as raw materials. 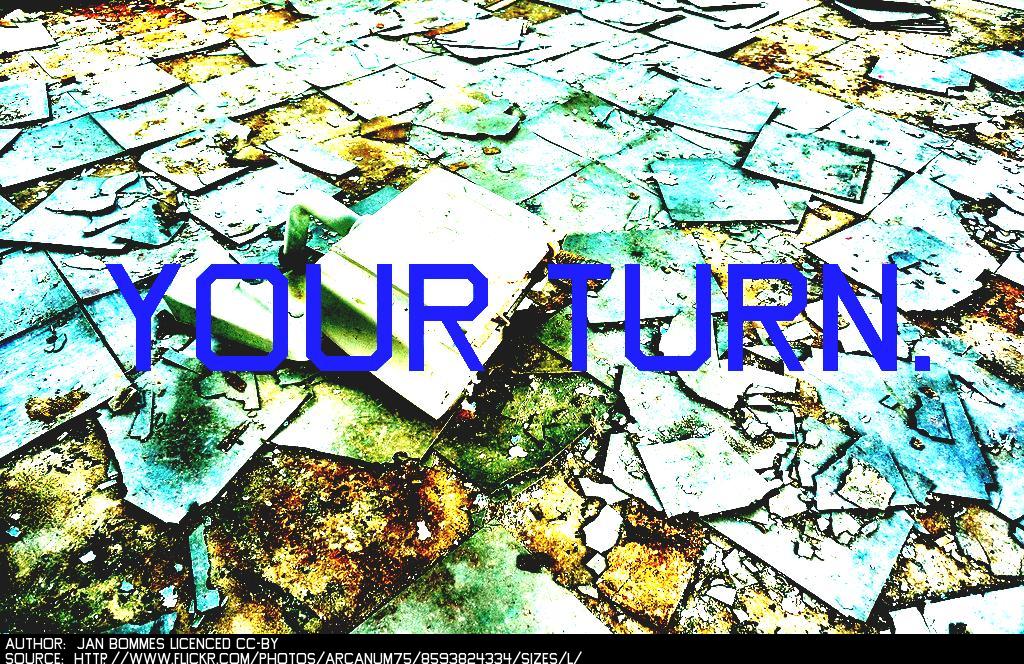 P.S. The other reason I did this is because one of my Twitter peeps created Ruschagram and this was a great excuse for me to play around with it.

Your Turn (#h817open, Activity 3) / You're the Teacher by Christina Hendricks is licensed under a Creative Commons Attribution 4.0 CC BY