This is a kind of addendum to my last post, where I did some summarizing of and reflecting on a few definitions of open pedagogy given on blogs and elsewhere lately. 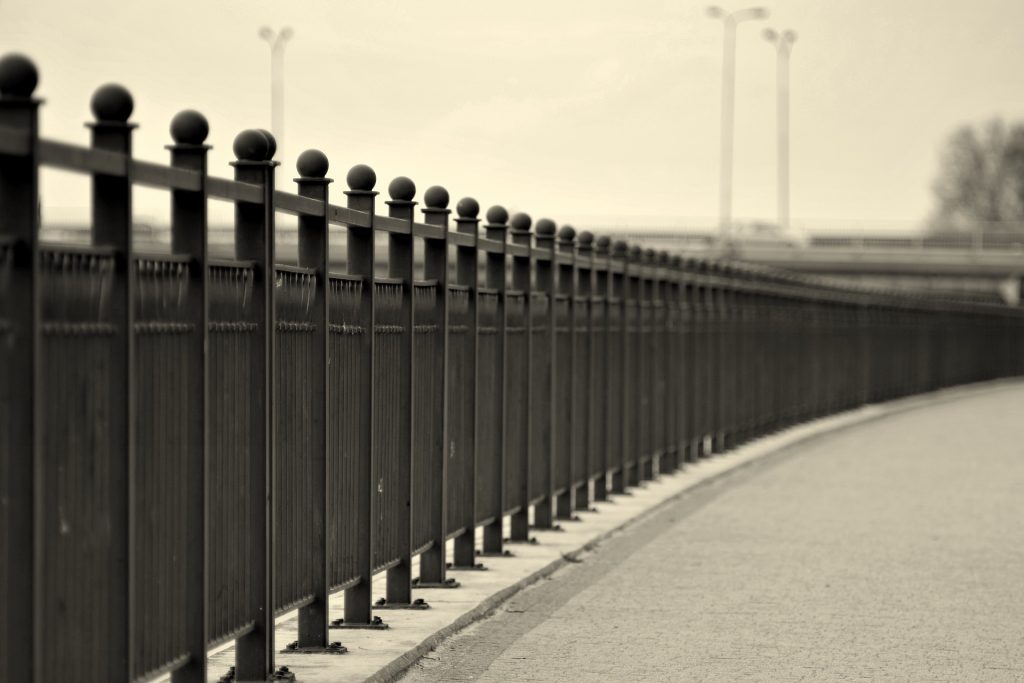 Do we need a fence around open pedagogy? Fence image licensed CC0 on pixabay.com

One of the first posts I read during this flurry was by Jim Groom: “I don’t need permission to be open.” There, among other things, he wonders:

In a moment when fences and lines are being drawn all around the world according to ideologies that other and petty definitions that exclude, why would this seem a good time to start drawing lines around open? Frankly, it seems a bit more like fear mongering.

And further, taken from two different parts of his post:

Seems to me there is an attempt to define it in order to start controlling it, and that is often related to resources, grants, etc.

I think the locking down of open is dangerous. I think it draws lines where they need not be, and it reconsolidates power for those who define it.

Groom points out that once we start drawing lines around a concept like open pedagogy, this can have the effect of closing down new ways of thinking about and doing it. If we start to say, “this is open pedagogy” and to get a grant or to publish something under that umbrella you have to be doing x, y or z, then someone who is doing q or p may be left out of what is the current “new shiny thing” in the zeitgeist of open education.

That’s how I felt too when first stumbling upon the overwhelming number of recent blog posts on the issue. Or rather, I had some vague sense of wondering why we needed to spend so much effort on it, and then reading Jim’s post helped clarify the issue for me.

Still, given that I just spent over 3000 words in my last blog post talking about open pedagogy, apparently I think it’s worthwhile to try to get some further clarity around it. Why do I think that? What follows is me thinking my way to understanding my own views through writing about them.

David Wiley points to the problem of “openwashing” when he says it’s important to define open pedagogy. And that makes sense to me. If we don’t have a good sense of what “openness” in education or educational resources or pedagogy is, how can we criticize an edu-disruptor-innovator company who claims to be promoting open pedagogy when most in the open education world would agree they’re not? How can we point to what it’s not if we don’t have at least some clarity on what it is?

Giving credit where credit is due

Sometimes there’s a tendency to speak of open pedagogy and open educational practices as if they are definitely something different from other educational practices or pedagogies. And maybe they are. Or maybe not; maybe what these end up being are combinations of other educational theories, or perhaps even just slightly reworded versions of one educational theory that already exists. Honestly, I don’t know because I don’t have a background in educational or pedagogical theories. But if we can’t define what we mean by “open pedagogy,” then how can we tell if it’s something different or if we should just be using a view that is already in existence?

A sense of clarity about one’s own views

I’m a philosopher, and it bothers me a great deal if I am using words and trying to make arguments about something that I can’t define. And by “define” I don’t necessarily mean that I have to put strict boundaries around it; this could be a rough idea with lots of porosity. But my previous post convinced me that I don’t know what I would say if someone asked me: what is it that is added to “pedagogy” or “educational practices” when you add the word “open” to those? What unifies that list of things you think of as open educational practices? There are a whole lot of things that could go into an answer for that, and they’re a bit jumbled in my head right now and as a philosopher that bothers me.

Should it? I do think this is important. If we can’t get clear on what we mean by particular words or phrases, then what are we doing when we try to advocate for those things, or explain what it is we’re doing when we say we engage in those things? Which leads me to:

There are a number of us who give talks, facilitate workshops, in which we talk about open pedagogy or open educational practices. Are we talking about the same thing? Are we advocating for different sorts of things, for different reasons, and calling it all one thing? It’s hard to see advocacy working towards promoting change if it’s working at cross purposes.

I’m curious to hear others’ views on why having some further clarity on open pedagogy (or some other form of “open”), if not a strict boundary line around a definition, might be useful.

But there are still those worries noted above

How can we get more clarity on open pedagogy without doing so in a way that supports the power of those doing the defining (or those who would define it similarly)? How can we leave the boundaries open enough for there still to be room to move beyond them and change them?

Can we have a flexible, porous fence that’s not really a fence but more of a gathering that leaves space for differences in details and upheavals in the future?

Why define open pedagogy? / You're the Teacher by Christina Hendricks is licensed under a Creative Commons Attribution 4.0 CC BY